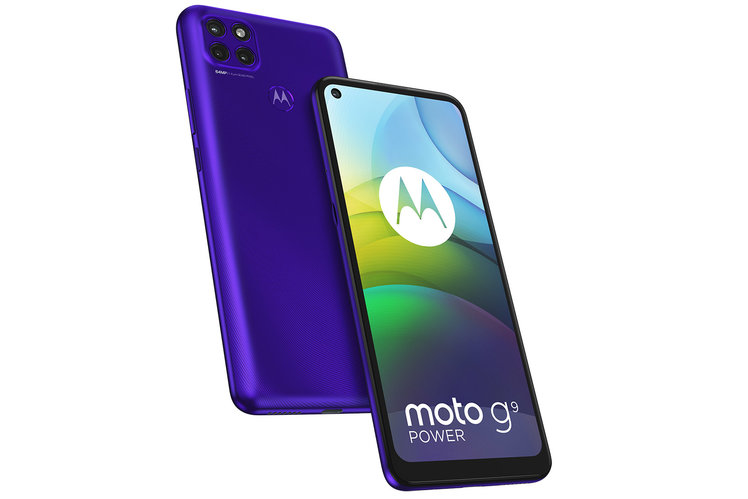 If there’s one thing Motorola’s G Power series always delivers on it’s – you guessed it – battery power. And in the Moto G9 Power there’s really no holding back.

The G9 Power has a whopping 6,000mAh battery under its surface, which is a huge capacity – the largest that the company has ever put into a phone product.

Its predecessor, the G8 Power – which we thought was a stellar phone for its low price – packed in a 5,000mAh battery, which is still massive. So how has Motorola increased that capacity by a further 20 per cent?

The G9 Power isn’t actually thicker than its predecessor – both measure 9.6mm, which isn’t thin, but it’s perfectly manageable and fairly standard in the world of phones – but it has a larger screen and, therefore, larger footprint.

The 6.8-inch MaxVision panel, with an HD+ resolution, shows the ongoing trend for screen size increase and bezel decrease. Shame the resolution is rather low – more noticeable in a larger panel – but for this asking price it’ll be hard to complain.

Especially as the G9 Power also packs in a Qualcomm Snapdragon 662 processor and 4GB RAM, along with a triple camera setup – the main of which is a 64MP unit; the macro and depth sensors which are far less useful we’d expect – and 128GB storage as standard. There’s even 20W fast-charging.

All that is priced at just £179/€199, making it even cheaper than its predecessor. The Moto G9 Power is, as ever, a bargain. Whether you’ll be on board with the Metallic Sage and Electric Violet colour options, however, is another question entirely…