More than a decade has passed since the Motorola Defy stormed onto a nascent smartphone market. The first of its kind, the Defy was a compact, rugged smartphone with the unusual ability to shrug off the bumps and scrapes of everyday life.

Since its (well-received) release back in 2010, however, phones like the Motorola Defy haven’t really taken off. Sure, we’ve seen the occasional hardy handset from long-standing construction firm, Cat, and Motorola itself has attempted to revive the idea of a rugged handset with its Force range of smartphones; but these faded into history as well.

With the relaunch of the long-dead Defy brand, however, could Motorola finally persuade customers rugged smartphones are cool again? Motorola Defy (2021) review: What you need to know

Naturally, the first question to ask is whether the Defy still has a place in 2021. In a world filled with sleek, glass-sandwiched, all-screen handsets, the Moto Defy’s rough, rugged exterior stands out like a sore thumb.

But, of course, that’s all for a very, very good reason. That’s because the Defy’s chunky design is significantly more effective at withstanding the elements than most. Not only has it achieved both IP68 and MIL-SPEC-810H certifications, but it’s also quoted as being able to survive extreme temperatures, as well as repeated drops from heights of up to 1.8m onto a steel surface. It’s not just a hard-as-nails-handset, either. The Defy is every bit the modern smartphone, and comes equipped with a Qualcomm Snapdragon 662 processor, 4GB of RAM, 64GB of expandable storage, a 6.5in HD+ display and a quad-camera array.

Unfortunately, the Defy’s rugged qualities also mean it’s more expensive than you might expect. Launching at £279, the Defy costs around £100 more than the Moto G9 Power, Moto G9 Play and Moto G30: all of which share the same core specifications: a Snapdragon 662 with 4GB of RAM.

Whether or not you think the Defy is worth the added cost depends entirely on your needs. If you’re accident-prone, and you go through handsets like nobody’s business, then the Defy could well be worth the extra £100, if not just for a bit of extra peace of mind.

As for those Cat smartphones I mentioned earlier, the Cat S42 is the cheapest of the bunch and this will cost you £229. It isn’t in the same league as the Moto Defy, however, since it uses a weaker MediaTek Helio A20 chipset with only 3GB of RAM and 32GB of storage. Its HD+ screen is also 1.5in smaller than the Defy’s.

Manufactured in partnership with rugged electronics brand, Bullitt, the Motorola Defy is as tough as they come. It has a “dual-sealed body housing”, which means the phone is wrapped in two casings: the inner casing is fully waterproof, while the outer is designed for impact protection. More specifically, the Moto Defy is IP68 certified, with added protection against sand, dirt, humidity and salt mist, but it’s also MIL-SPEC-810H rated, which means it can withstand extreme temperatures between 55°C and -25°C, as well as being able to survive a variety of vibration and tumble tests.

That’s not all. Motorola says that the Defy has a structurally reinforced PCB on the inside, which was able to survive multiple drops onto a steel surface at a distance of up to 1.8m in their own lab tests. The waterproof housing is also able to withstand a dunk in the wet stuff up to 1.5m for 35 minutes and the screen is coated in a 0.7mm-thick layer of Gorilla Glass Victus.

A lot of attention has clearly been paid to the Defy’s overall design, too. It’s made of plastic, but the criss-cross textured rear is plenty grippy, and the centrally-placed fingerprint sensor is located in a suitable position as well. I particularly like that the handset has a lanyard loop at the bottom-left corner, allowing you to attach it to a bag or your wrist for extra security. The extra, programmable button on the right edge is a nice touch, too; this can be assigned to launch a specific app or even used as a push to talk button.

The only downside (aside from the inflated price) is that the Moto Defy’s drop-friendly exterior does add a noticeable amount of weight and thickness to the handset. At 232g, the Defy is heavier than most non-rugged phones and its 10.9mm thickness means it feels a bit of a lump in the hand as well.

This is where things start to get a bit boring, which is to say that the rest of the Defy’s attributes aren’t much different than what we typically see from Motorola’s budget smartphones. This starts with the display, which beneath that rough, tough exterior is a fairly bog-standard 6.5in HD+ (1,600 x 720) IPS display.

Unfortunately, it’s not much to look at either. With three display modes to select from in the phone’s settings, they all offer pretty much the same viewing experience. The most colour accurate of three (but only just) is the phone’s ‘natural’ setting, which covers a disappointing 89% of the sRGB colour gamut, with a total volume of 97% and an average Delta E colour difference score of 2.31 (the lower the better). Overall, colours look a bit muted and washed out and there isn’t much in the way of contrast, either. Maximum brightness is also a bit on the weak side, with a measured peak luminance of only 399cd/m2, which isn’t ideal for an outdoorsy phone.

At the heart of the Defy is an equally humdrum Qualcomm Snapdragon 662 processor, alongside 4GB of RAM and 64GB of storage, which can be expanded up to an extra 512GB if you insert a microSD card.

This delivers largely the same level of performance as the Moto G9 Power, G9 Play and G30, which all employ the same combo of core hardware. Out of the box, performance feels reasonably nippy but compared with the Pixel 4a (£279) and the OnePlus Nord CE (£299), the Defy lags behind, as the Geekbench 5 chart below shows.

The same goes for gaming performance. The embedded Adreno 610 GPU did a good job with the older GFXBench Manhattan 3 on-screen test, returning an average frame rate of 33fps but struggled with the newer, more demanding, Car Chase benchmark, chugging along at only 13fps.

The good news is that the Moto Defy’s battery life is excellent, with the chunky 5,000mAh battery helping the phone last 20hrs 54mins in our continuous video rundown test. I don’t see any reason why you shouldn’t be able to squeeze two day’s worth of charge from this phone with conservative use.

The Motorola Defy has a triple-camera array on the rear, which consists of a main 48MP (f/1.8) snapper and a pair of 2MP (f/2.4) macro and depth-sensing units. The absence of an ultra-wide-angle lens is a bit unusual, especially when you consider the Moto G30 has one and it costs £130 less.

Still, what you do get isn’t too bad for the money. The main camera captures 16MP pixel-binned images by default and they’re generally pretty good. Images captured in well-lit environments are packed with intricate details and the phone’s HDR is effective at taming overly bright highlights. The colour palette is nice and neutral, too, and I was quite impressed with the phone’s blurred background portrait images. 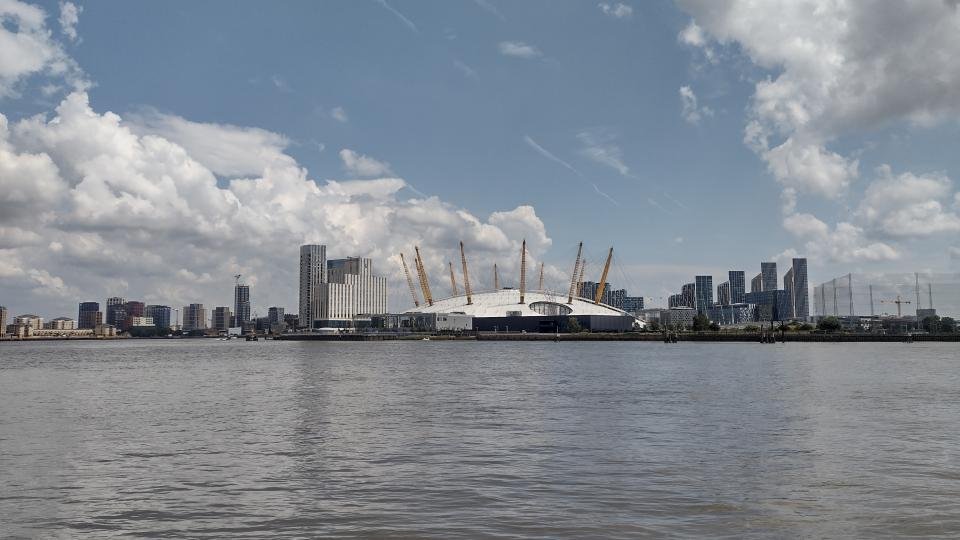 The Moto Defy isn’t quite as good in dark conditions, though. Images are quite noisy and there’s a noticeable drop in detail. There isn’t much in the way of video options, either, since the Defy is limited to Full HD at either 30fps or 60fps.

The Motorola Defy is no ordinary handset. It’s hardy and rugged, it can take one heck of a beating and, if that’s the sort of phone you’re looking for, then there’s no better place to spend your money. It has decent battery life, too, and looks that set it apart from most rivals.

Whether you decide to buy one or not, however, is entirely dependent on whether you can stomach its many compromises. With uninspiring internals for the money, a so-so camera and a bang-average display, it’s far from a slam-dunk of a recommendation.