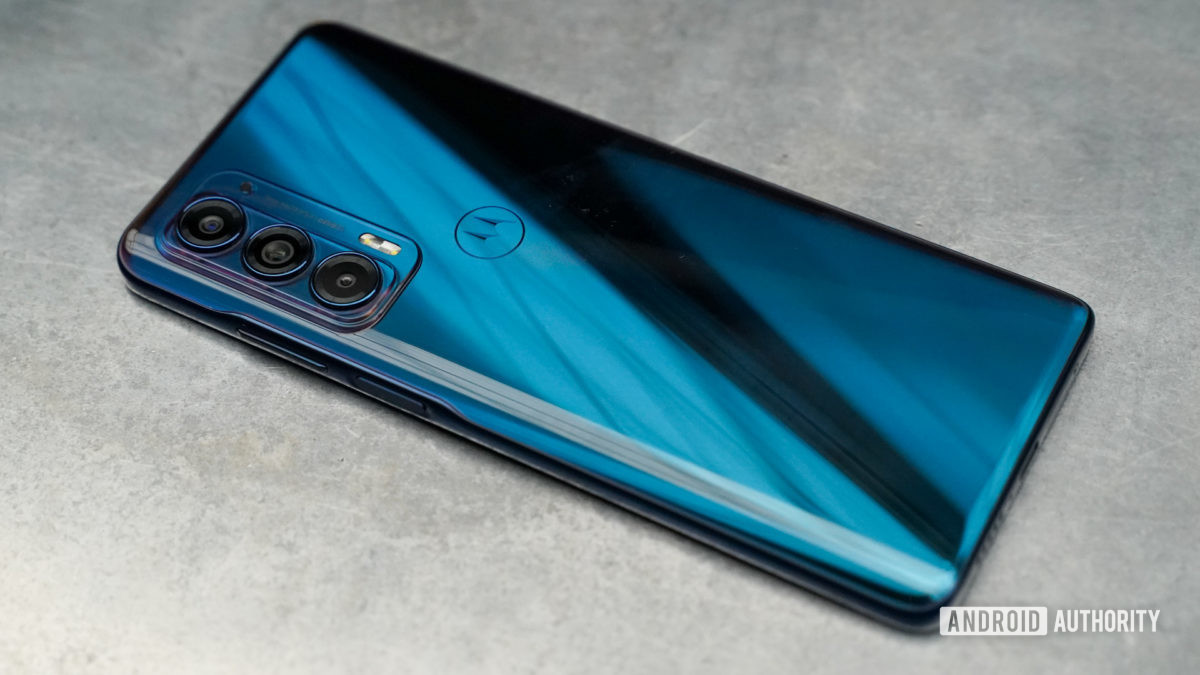 Motorola today announced the Motorola Edge, a follow-up flagship to the 2020 device of the same name and a companion to the recently revealed Moto Edge 20 family. Where the Edge 20 series is meant for markets abroad, the new Moto Edge is targeting North America specifically. We got our hands on the phone for a short time following the launch. Read on for our initial hands-on impressions.

Motorola said it listened to consumers when devising the Motorola Edge for 2021. It digested customer pain points of last year’s phone and delivered what it thinks is a genuine step up in terms of features and experience. 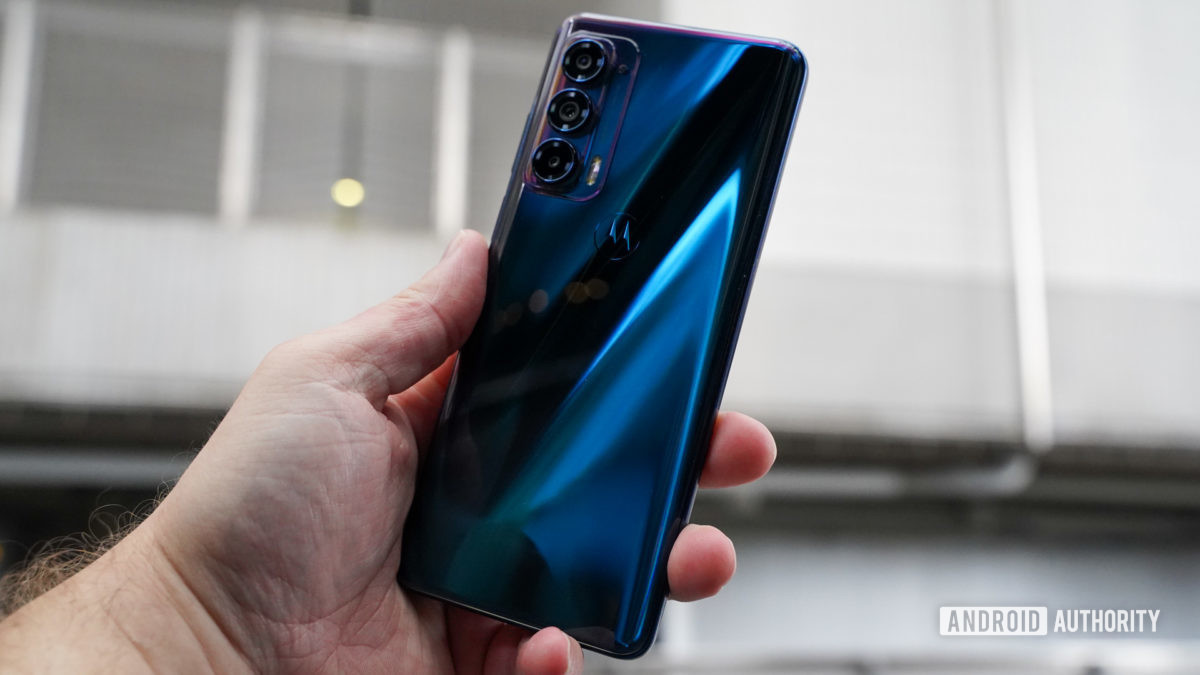 The Motorola Edge is a large device with a long list of desirable features. It stretches the hand, though it is comparatively light. Motorola kept the weight down by using a polymer rear panel that is meant to mimic glass. This layered composite creates quite an effect when it catches the light. The mid-frame is also wrapped in a polymer, though aluminum forms the central chassis. It’s early days, but I wish Motorola had gone with more metal and glass, which would have given the device a more premium feel.

The defining visual feature, other than the reflective rear panel, is the large 6.8-inch LCD screen. It packs a Full HD+ resolution with a 144Hz refresh rate and it looked really good in person. I was pleased with the overall effect and it managed to get bright enough to beat the afternoon sun. Though it’s not an AMOLED panel, it still supports an always-on display function. Motorola said it limits the number of pixels that turn on in order to conserve power.

Related: The best Motorola phones you can buy

One thing to point out: Motorola got rid of the display’s “edge.” Last year’s phone, as well as the premium Motorola Edge Plus, featured a distinctive curved display. Motorola dropped the curved glass this year and went with a flat panel instead. That means there are some bezels along the side edges of the screen, though they aren’t too bad. This also means you shouldn’t experience the accidental touches that the 2020 Edge phones were prone to.

The phone has a standard series of ports, buttons, and controls. I like that Motorola opted for a side-mounted fingerprint reader. It took a second to train it and I found it to be very fast. The volume toggle nearby has a bit of a plasticky feel to it. The USB-C port is tucked into the bottom edge, as is the downward-firing speaker port. There’s no headphone jack, though, which is a shame considering the first generation Edge series featured 3.5mm ports. 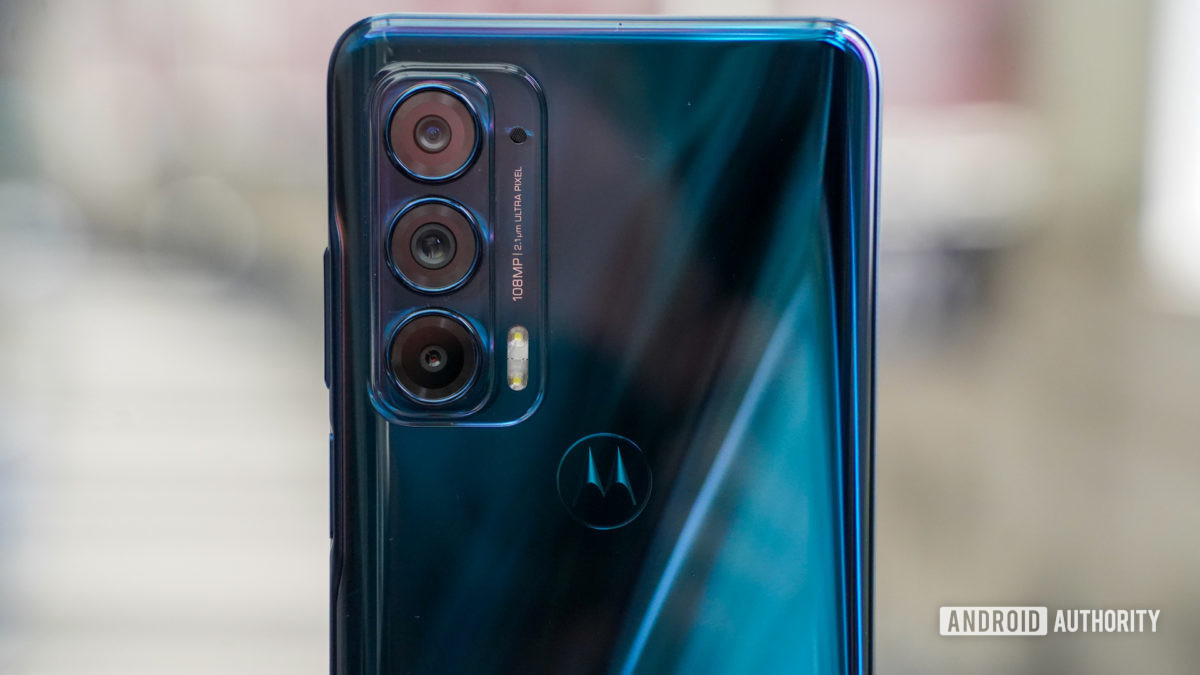 The camera module on the rear panel is significant. The three lenses — standard, wide-angle, depth — are large and protrude quite a bit from the chassis. The main sensor boasts 108MP and relies on nona-binning to create large, light-sensitive pixels when shooting everyday shots. All 108MP are available to use if you wish. The ultra-wide is an 8MP job that has a really wide 119-degree field of view. The depth sensor is related to helping portraits look better. The selfie camera on the front is a punch-hole job, snaps 32MP photos and bins down by a factor of four to 8MP for most images.

The phone ships with Android 11 and Motorola says it will receive at least two major OS upgrades as well as two years of bi-monthly security updates. As expected, the device includes Motorola’s My UX, which is its suite of tasteful additions to Android meant to improve the experience of using the device. In the time we spent with the phone, it ran cleanly and swiftly.

Rounding out the specs, you’ll find a Snapdragon 778G processor with 6/8GB of RAM and 128/256GB of non-expandable storage, 5G with Sub-6GHz and mmWave network support, a 5,000mAh battery, and 30W Turbo Power charging. 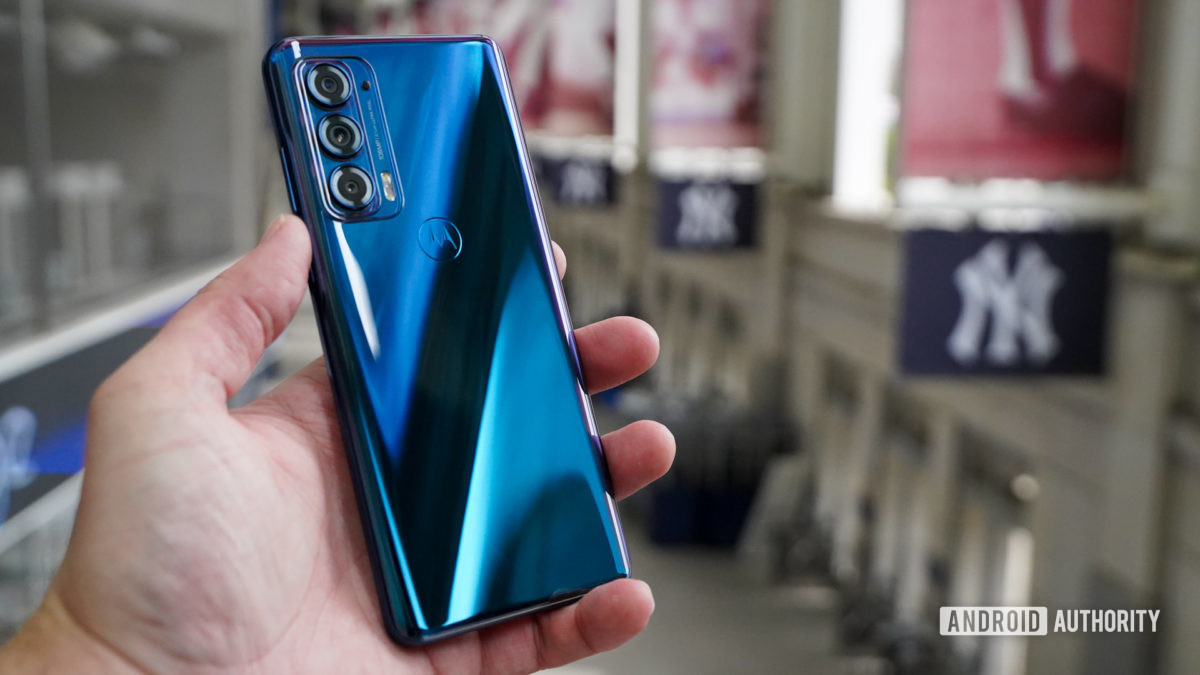 Motorola’s latest goes on pre-sale in the US on August 23, with sales beginning officially on September 2. The Motorola Edge is priced at $699, though it will temporarily be on sale for $499 at launch. We’ll share more of our thoughts on the phone when we’ve tested it in full. For now, what do you make of the Motorola Edge (2021)?