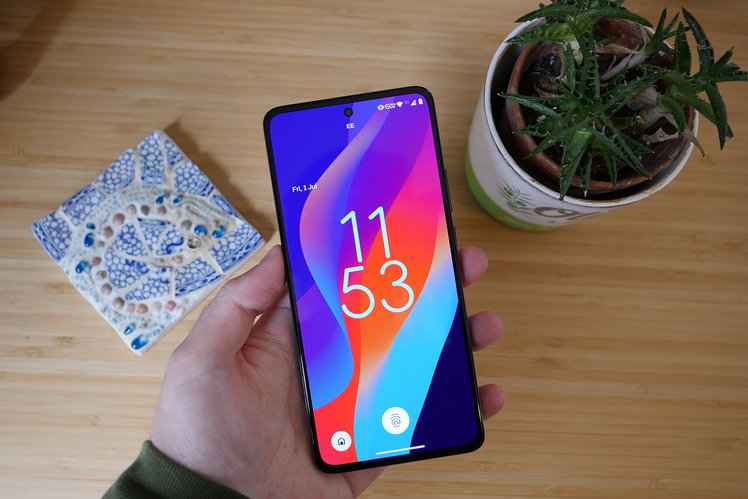 Plenty of phone launches nowadays crow about the slimness of their product, but when push comes to shove many smartphones are in the same bracket of thickness.

Motorola has managed to actually impress us with how thin the Edge 30 is, though – this is a phone that really does feel like it nails the design brief. Can its performance stack up to that standard?

The Edge 30 is a really nice-looking and feeling phone for the price – that’s the headline here. It’s only available in one colour, which Motorola says is grey but looks mighty blue in basically every light to our eyes.

It’s worth sticking with the phone’s headline boast, that it’s the thinnest 5G handset on the market. While 6.79mm might be hard to visualise, in practice it just means a phone that’s incredibly slight in the hand, thin enough that you start to wish more expensive flagships would slim down, too. 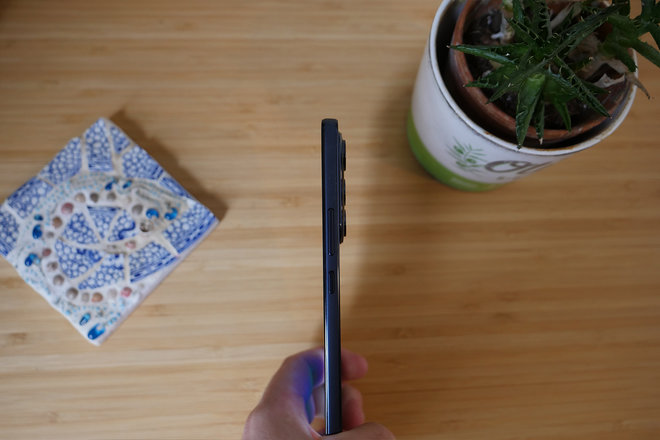 The downside to that is that you’re missing a 3.5mm headphone jack, which you’d normally expect at this budget, but it’s a loss you won’t feel if you’ve gone wireless. You also don’t get wireless charging, in a similar category of “nice to have, not need to have”.

The Edge 30 is also very light, making it a one-two punch from a design perspective, although the reason is pretty clear when you handle it. The sides and back of the phone are plastic, in short, with a matte finish that feels pretty nice but nonetheless a slightly less than premium feel.

It’s interrupted by the somewhat bulbous camera bump, and while it’s nothing egregious, we’re not all that taken with either the glossy finish on the bump or its rounded design – although others might find it inoffensive. 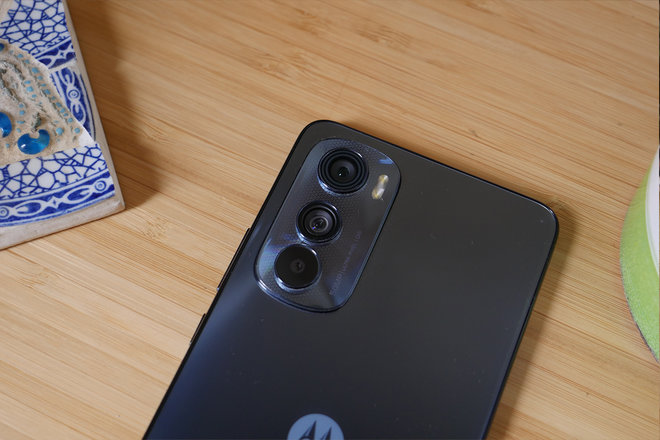 On the front, the bezels around the large display are impressively small and the hole-punch selfie camera isn’t too big at all, so it’s a win for Motorola on the whole.

The phone’s display is a pretty good one for this budget, in competition with phones like the Samsung Galaxy A53. It’s a nice, large size and the FHD+ resolution keeps things sharp.

Colour accuracy is really solid, and the brightness is more than enough to see in bright sunshine – the screen’s finish is pretty reflective, though, which can be a little annoying. 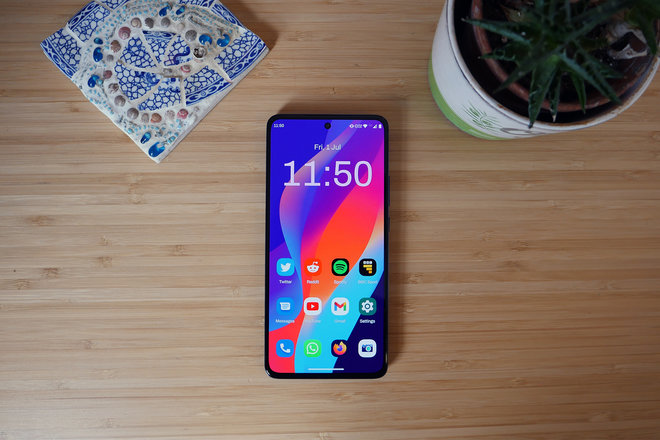 It’s also got a 144Hz refresh rate that makes for really smooth gameplay in mobile titles and is great for scrolling within apps. You can set this to a lower rate if you want consistency and improved battery life, but we found Motorola’s automatic adjustment to work nicely.

The phone runs on the Snapdragon 778+ 5G3, and performance is smooth for the most part, with app swapping and installation all happening nice and quickly.

Motorola’s additions to the Android 12 setup are a bit mixed, with some fairly nice customisation options sitting alongside some frankly annoying tips and tricks that will badger you occasionally if you don’t seek out the setting to disable them.

When you pick up a mid-range phone, you know there are going to be compromises somewhere, and it’s arguably in the camera department that Motorola has done a little corner-cutting, although it still packs in three shooters on the rear.

Using the main lens, you’ll get solid shots during daytime or in bright light, but things get grainy pretty quickly when dusk comes around, or if you’re indoors. Colours are nice and clear, although if you’re coming from a Pixel or Galaxy phone you might find them a little washed-out.

The ultra-wide angle lens is a useful one to have, we find, letting you get more into your shots and helping with a sense of scale, and this is a big improvement over the middling option on the Edge 20. Still, it’s once again a little dim making it harder to use at night.

The depth sensor might well be helping with these results, but swapping over to macro mode yields results that will make people unlikely to both using it much. 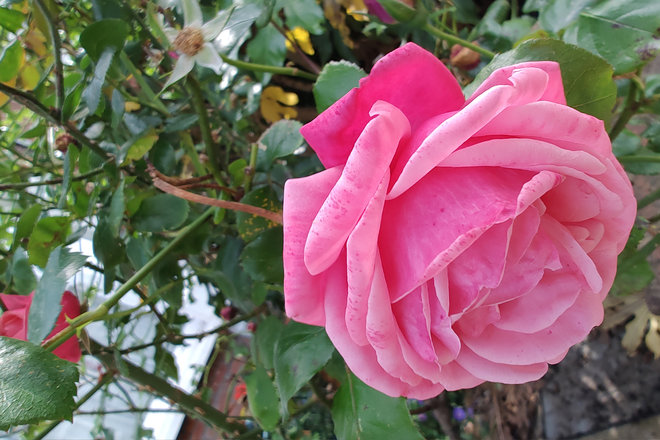 Finally, swapping to the selfie camera you get, once again, fairly middle-of-the-road photos that have a solid amount of sharpness but can be a little noisy if the lighting conditions aren’t optimal. Portrait mode is actually pretty good, though, with solid edge detection. 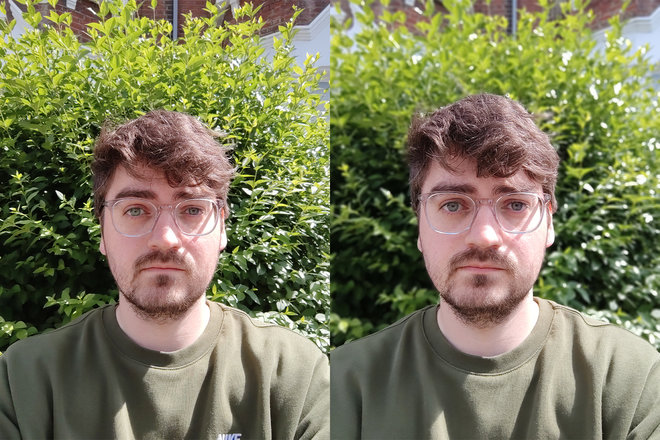 Video capture can shoot at 4K but only at 30fps, and stabilisation is decent enough to get some pretty nice clips when you’re out and about. As with stills, though, when dimmer light is your only option things get grainy fast.

Getting 5G on board means the Edge 30 is nicely futureproofed, making it a good option to last a fair few years, and its battery life is also more than good enough to get you through a full day of use, even with some gaming sprinkled in.

The fast wired USB-C charging is very welcome, letting you top the phone up nice and quickly if you have the right power brick (one does come in the box, thankfully), although you won’t be able to charge wirelessly, probably due to the phone’s thinness. 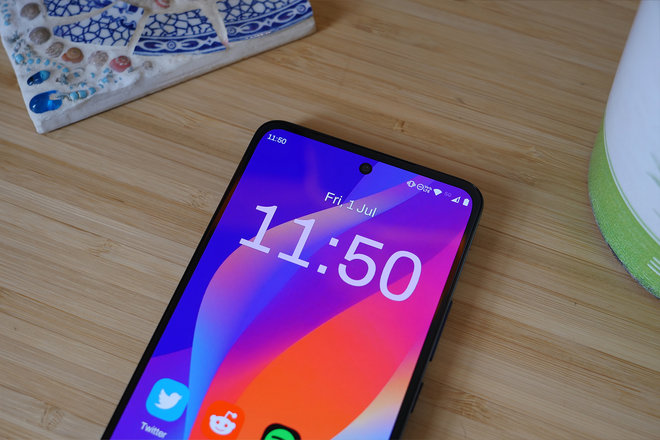 Internal storage isn’t huge but is likely to be enough for most people, we’d say, and can be doubled if you want the more expensive version of the phone.

The phone’s fingerprint reader is under the display and works really well, with a quick scan that’s reliable and rarely requires us to try a second time to unlock our phone or authenticate a purchase.

We like that it comes with a good, slim clear case for those who worry about dinging the phone just as they unbox it, too – more of this from other phone-makers, please.