Motorola is gearing up to launch a couple of new phones in the Edge series soon. First, the company will be launching Motorola Edge X30 in China on December 9 along with a special limited edition Edge X30 with an under-display camera and later on, in the coming days, the company is also expected to launch Motorola Edge S30. The device was previously spotted AnTuTu benchmark listing and FCC listing. Now, the same device has been spotted on the Geekbench listing revealing the details of RAM and processor. 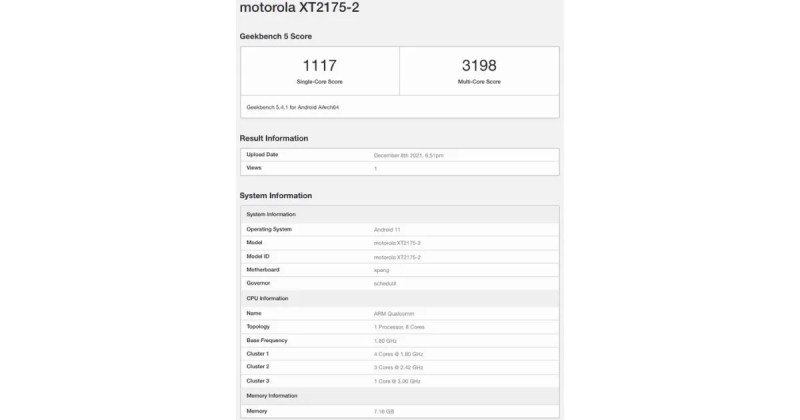 A Motorola phone with XT2175-2 has been spotted on the geekbench listing. The model number belongs to Motorola Edge S30 as reported earlier. The listing confirms the device will be powered by a Qualcomm Snapdragon SoC with up to 3GHz clock speed 一 this is none other than the Snapdragon 888+, which is essentially an overclocked version of the Snapdragon 888 processor.

It is an octa-core SoC with one core running at 3GHz, three cores clocking at 2.42GHz and four power-efficient cores running at 1.8Ghz. The phone will be coupled with Adreno 660 GPU and the listing also revealed the phone will come with 8GB of RAM. Further, as per the listing, the phone will run on Android 11 out of the box. As said earlier, the device was previously leaked and here is what we know about the device so far. 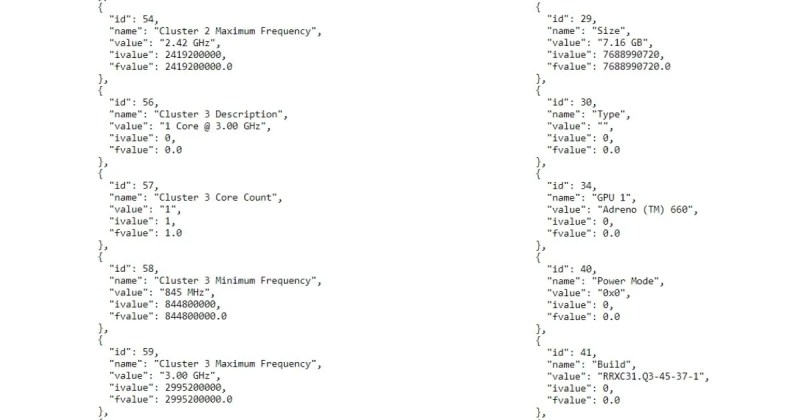 We should learn more about the device in the coming days including some official information on the launch date of the device as well.