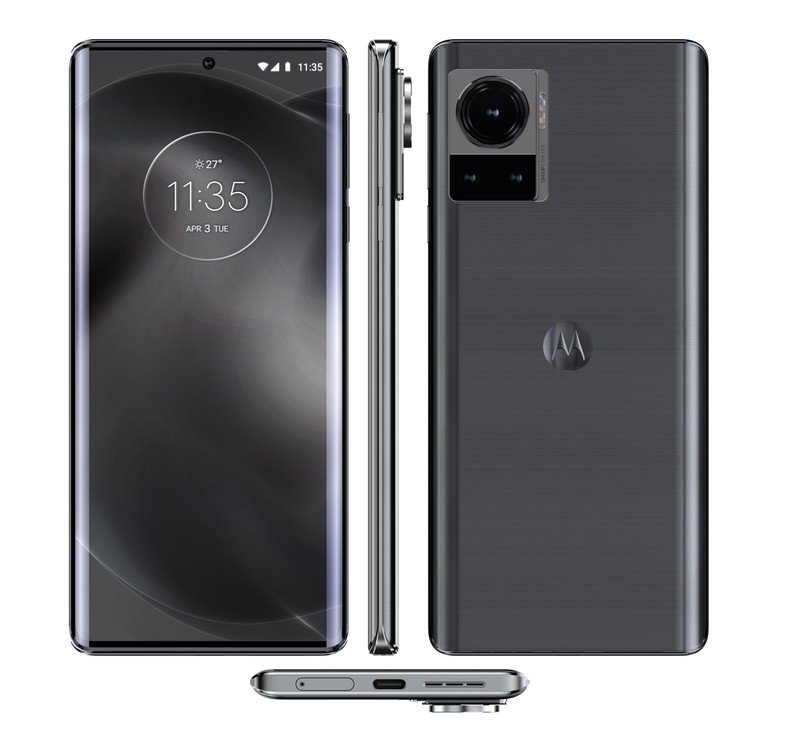 Courtesy of Evan Blass, we now have a better look at the rumored Motorola device codenamed “Frontier,” especially its massive camera sensor on the back. The leak indicates that the rear shooter will have a 194MP 1/1.5-inch sensor with OIS capability. Rumor has it that it’s the same ISOCELL HP1 camera sensor built by Samsung.

Two additional sensors are located directly beneath the primary sensor. While the latest leak doesn’t reveal much about these other sensors, a previous rumor suggested that Frontier would include a 50MP ultra-wide lens and a 12MP telephoto sensor from Sony.

On top of these details, the leaked renders also show off the handset from various angles. Based on the images, Motorola’s next flagship device appears to have a completely new design that looks nowhere near any of its previous phones. Curves abound on the back and on the display, and we could be looking at a 6.67-inch FullHD+ OLED display with a 144Hz refresh rate.

Previous rumors also claimed the phone would be powered by a future variant of Qualcomm’s Snapdragon 8 Gen 1 chipset. Its battery will reportedly support 125W wired charging and 50W wireless charging, making it significantly faster than the Samsung Galaxy S22+.

The latest leak is a strong indication that Motorola could be shifting its focus to flagship phones. In addition to the Motorola Frontier, another device dubbed the Edge 30 Pro might also be in the pipeline, likely powered by a Snapdragon 8 Gen 1 SoC.