Android Auto initially required a USB connection from your phone, but some newer head units and cars support a wireless connection. There are still plenty of cars and entertainment systems without wireless Auto, though, which has led to various attempts to create adapters. AAWireless was one of the earliest examples, but we’ve never had a wireless adapter produced by a major company and available through normal retail channels — until now. The Motorola MA1 is here to save the day, but even though the name might imply otherwise, it’s not actually produced by Motorola — not the Lenovo-owned Motorola Mobility that makes phones, nor the Motorola Solutions that produces communications equipment. The dongle is sold by SGW Global, which already has a license to use the Motorola name on various home phones and audio devices.

Regardless of who actually produces it, does the Motorola MA1 actually work as advertised? In short, yes — but keep reading for a longer version of “yes.” 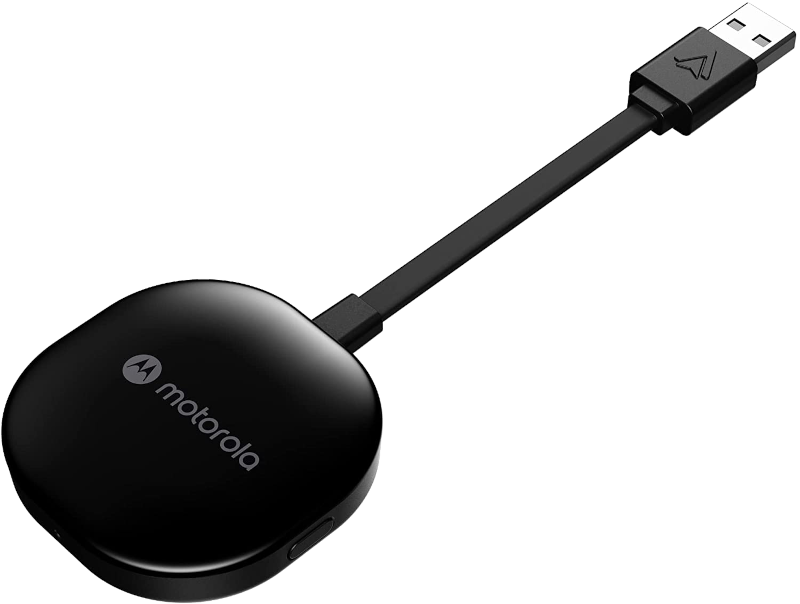 The Motorola MA1 functions as advertised, but maybe wait for a sale.

The Motorola MA1 adapter is sold at Amazon, Target, Motorolasound.com, and select other retailers worldwide. However, demand is currently outstripping supply, at least as of when this review was written. Amazon stopped taking orders soon after pre-orders went live, and the product page on the Motorola Sound website still only allows you to register for email notifications.

About this review: I purchased the Motorola MA1 for personal use. SGW Global, nor other license holders of the Motorola brand, had any input into the contents of this review.

The Motorola MA1 resembles the original Google Chromecast, with all the electronics housed in a small squircle (square circle), and a short cable with a USB Type-A connector on the other end. The puck measures roughly 55 mm in width and height, making it about the same size as the cases for most wireless earbuds. There’s also a small light on the front, which acts as an indicator light, and a button on the right side for resetting the wireless connection.

There’s not much to say about something with this simple of a design, but I do have one major complaint: the USB cable. The USB ports on most cars are usually tucked under the center console, so it makes sense that the MA1 would have a short cable, but it’s not ideal in all situations. 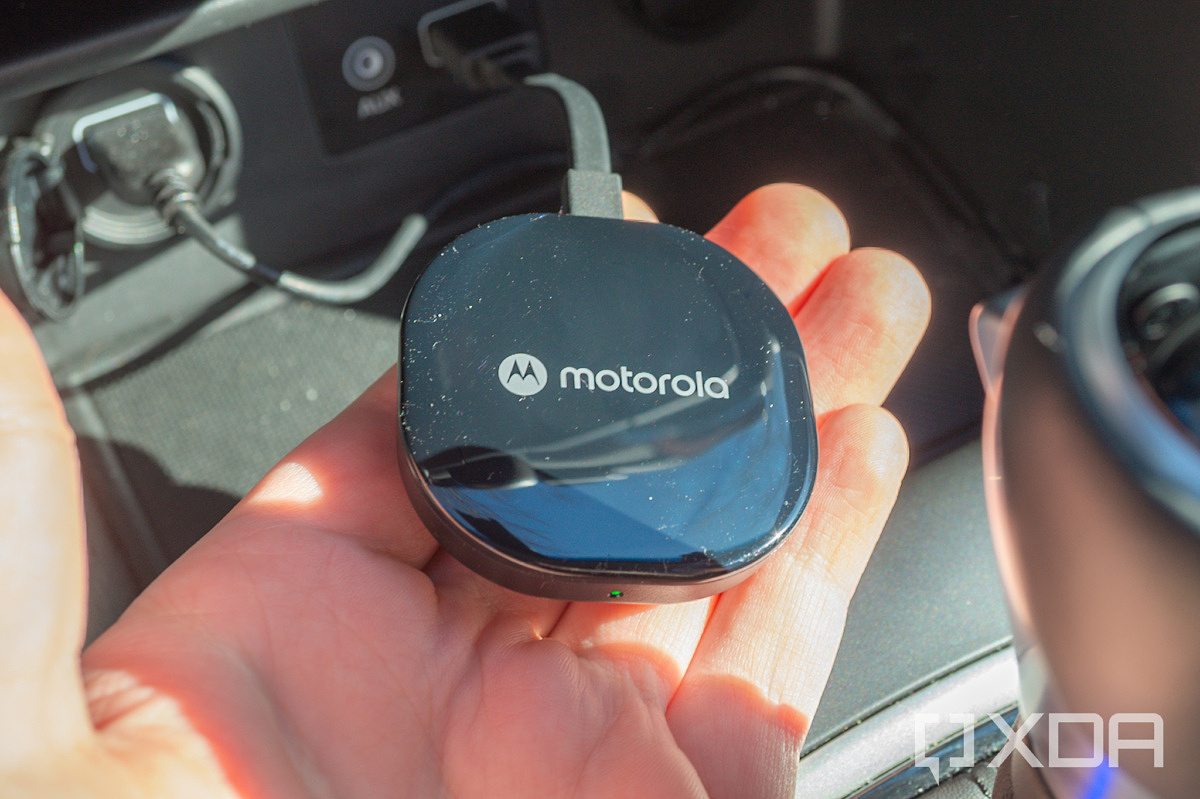 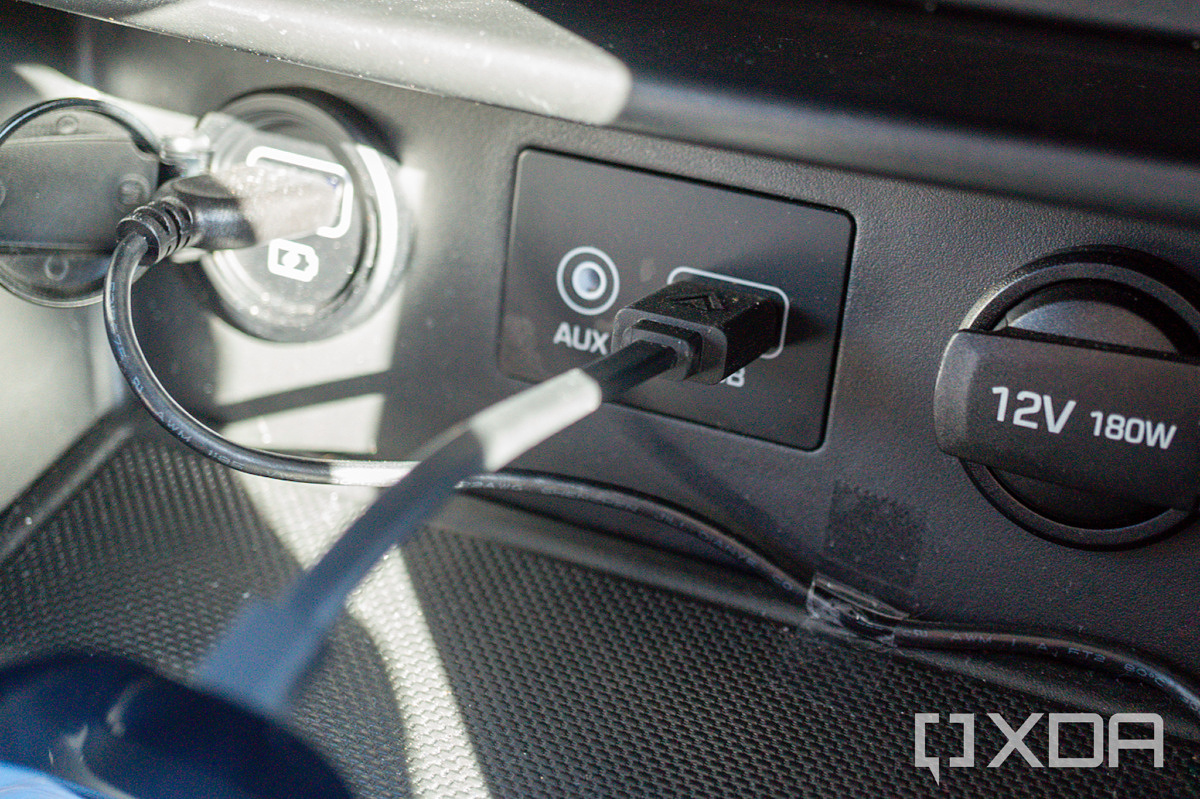 The USB connector in my car is at the very bottom of the center console (level with my gear shift), surrounded by a short tray. The adapter and cable is longer than the tray, so I either have to twist the cable and stick the MA1 in the higher tray, or let the cable bend and leave the MA1 pointing upwards. The adapter should just have a standard USB Type-C port (or microUSB, I don’t care) and let me use any cable. The fixed cable will also be a problem if the USB connector on the end of the cable ever breaks. However, the MA1 did work with all the USB extension cables I can find around my home, so that might be one option for moving the adapter to a better position in your car.

Another potential issue is the exterior finish: the top of the Motorola MA1 is glossy black plastic. That almost ensures the MA1 will look permanently dusty in most cars — I wish the regular black plastic on the bottom of the unit covered the entire adapter.

On the bright side, there is a gel pad included in the included user guide, which you can use to attach the MA1 to anywhere within reach of the USB port. Just about any double-sided tape will probably work too — the MA1 only weighs 31 grams. 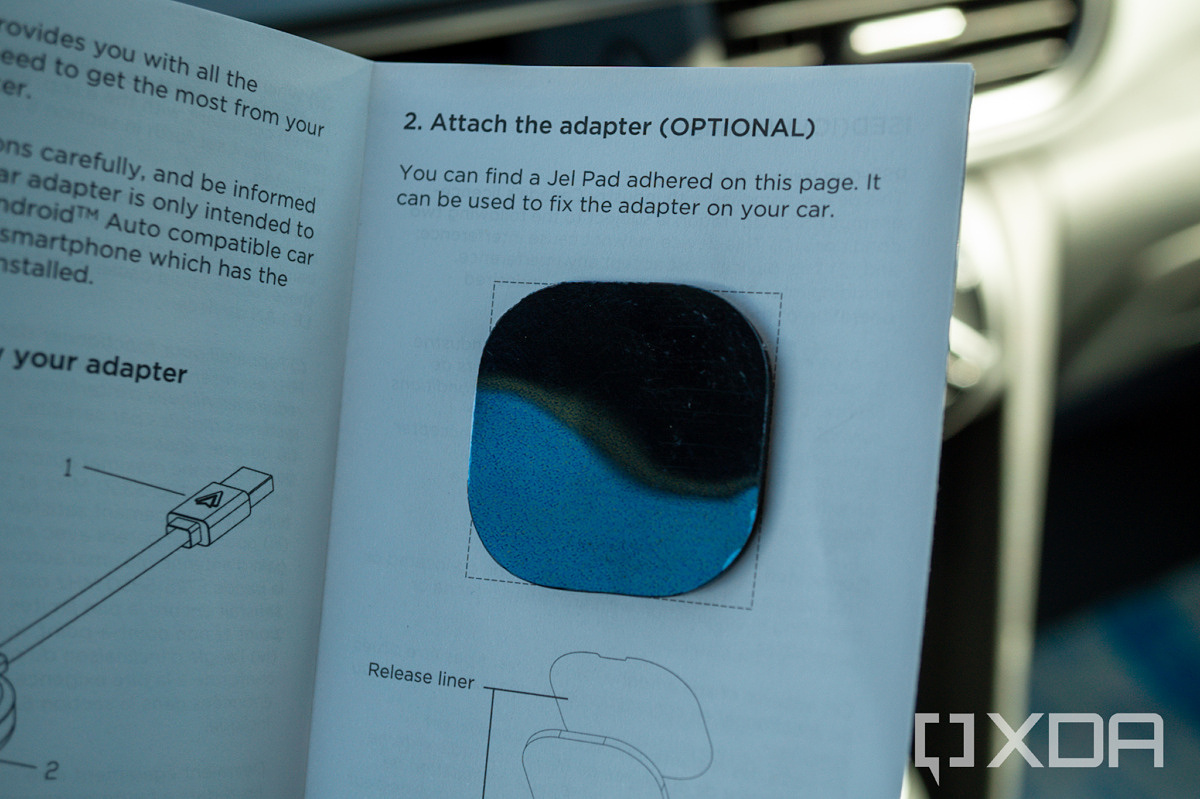 This adapter only adds wireless connectivity abilities to cars and head units that already supported wired Android Auto. This does not add Android Auto to a car that doesn’t have it already. Essentially, this adapter tells your phone it’s a car with wireless Android Auto, but to your car it appears as if the phone is connected with a cable.

The second catch is that you need a phone that supports wireless Android Auto. Thankfully, as long as your phone was made sometime in the past 2-3 years, you’re probably fine. Wireless Android Auto works on any phone with Android 11 or higher, or any Google or Samsung phone with Android 10. According to data released by Google in November, about 24.2% of all actively-used Android devices are running Android 11, and 26.5% of devices are running Android 10 (of which any Google/Samsung phones will work with Auto).

Once you plug in the adapter, you should see a device called “AndroidAuto” with some numbers and letters at the end in your available Bluetooth devices. Once you successfully pair with the MA1 (this took two tries for me), the Android Auto service on your phone should kick in, and your car will display the usual Auto interface. There’s no extra applications or setup needed. Once the setup is done, your phone will connect automatically once the USB port is powered.

I was only able to test the Motorola MA1 with one car (my 2020 Hyundai Kona), but I did have a handful of phones on-hand — including a Galaxy S21, Unihertz Titan Pocket, Galaxy S21 FE, and OnePlus 9 Pro. With all those phones, Auto works exactly like the usual wired connection with no discernible difference in latency, image quality, or audio quality when playing music and podcasts. I have noticed video compression a handful of times, but only for a few seconds. 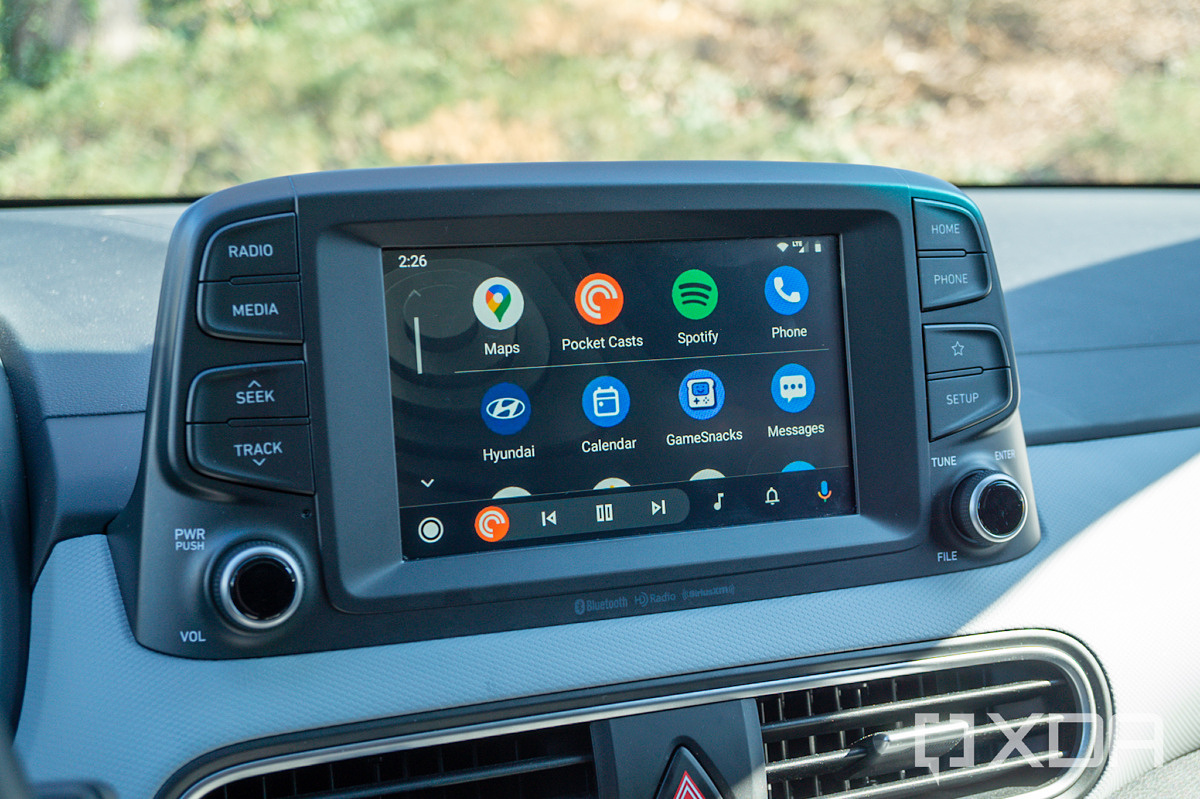 The only software problem I noticed was with switching devices. You have to hold the reset button to pair the adapter with a different phone, but even after the other phone was connected, I still usually had to unplug the adapter and plug it back in for Auto to complete the setup process. I’m the only one that uses my car, so this isn’t a significant issue for me, but it could potentially make this more annoying than wired Auto in shared vehicles.

Who should buy the Motorola MA1?

The Motorola MA1 does what it sets out to do: it adds wireless Android Auto to any car with wired Android Auto. The initial price of $89.95 is definitely expensive for something that likely costs a few bucks at most to manufacture, but the MA1 more or less has a monopoly on this functionality. All the other options are smaller-scale projects in various stages of development — AAWireless is still working through its backlog of orders, Carsifi hasn’t shipped anything yet, and so on. Of course, the Motorola MA1 also isn’t staying in stock for more than a few days at a time.

Who should buy the Motorola MA1?

Who should not buy the Motorola MA1?

I hope the wild demand for the Motorola MA1 will encourage other manufacturers to release their own versions, especially if they can offer removable cables or lower prices. It’s strange that Google itself has never created an adapter to serve this purpose, especially since it has worked with companies like JBL and Anker in the past to create audio adapters for cars with Google Assistant. Google could even take this concept a step further by building a dongle with a full installation of Android Automotive. For now, though, I’m content with this overpriced adapter.

The post Motorola MA1 Review: Wireless Android Auto for the rest of us appeared first on xda-developers.