When Motorola announced the rhythmically-named Moto G 5G Plus back in July, it was pretty apparent that a vanilla Moto G 5G should eventually follow. Now we seem to have the scoop on a Moto device, codenamed “Kiev”, allegedly coming to market as the Moto G 5G. The original source on this is somewhat sketchy. But seems to mostly check out. 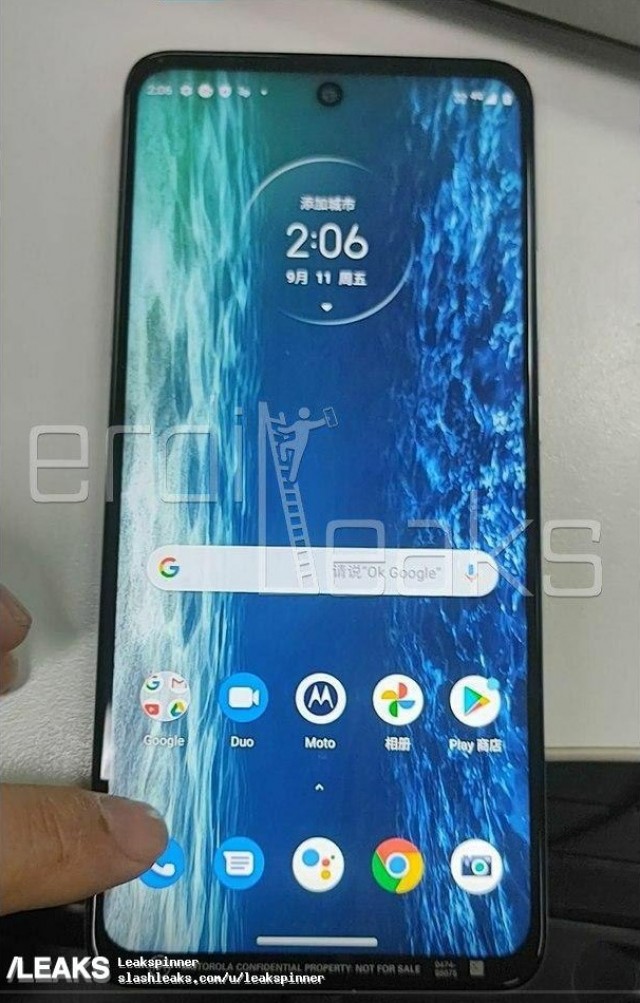 Apparently the Moto G 5G will be based on the new Snapdragon 750G chipset – a promising part that offers 5G support, including mmWave and AI noise suppression at a budget price point. The exciting silicon already made a rather impressive debut on the Xiaomi Mi 10T Lite and seems to have the potential to be at the heart of a new wave of increasingly budget-friendly, yet capable 5G phones.

Other alleged specs on the Moto G 5G include a 6.66-inch, 2400 x 1080-pixel AMOLED display, 5,000 mAh battery, 6GB of RAM and 128GB of expandable storage and a triple main camera setup. A surprising amount of detail is available in the camera department. On the back, the Moto G 5G has a main Samsung GM1 48MP Quad-Bayer snapper, a Samsung S5K4H7 8MP telephoto and an OmniVision OV02B10 2MP macro camera. On the front – an OmniVision OV16A1Q 16MP sensor powers a punch hole camera and produces pixel-binned 4MP selfies.

Apparently, the vanilla Moto G 5G will have a dedicated Google Assistant button, just like its Plus sibling. Though, the source claims that said button will not be present on a Verizon US variant of the headset. NFC is also mentioned on the specs list. Known model numbers for “Kiev” include: XT2113-1, XT2113-2, XT2113-3 and XT2113-5.