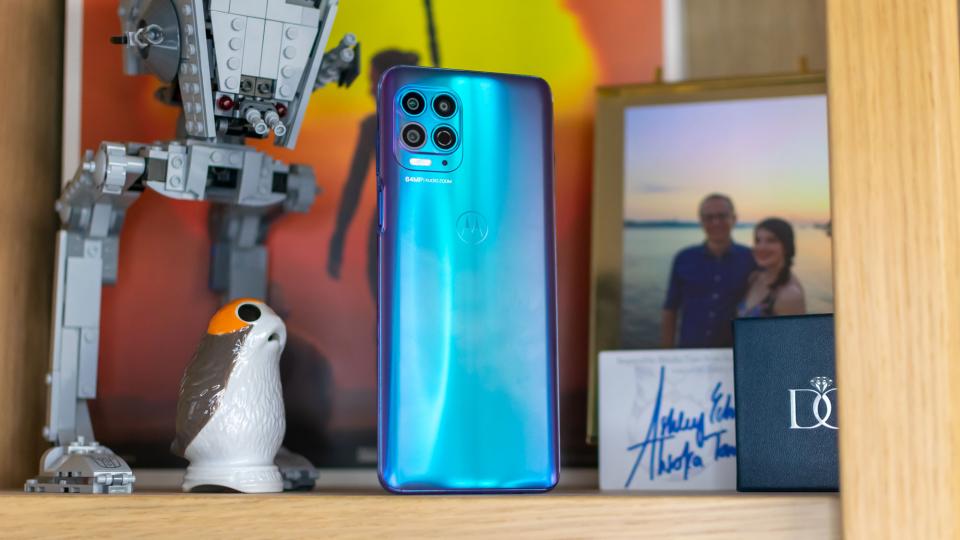 The priciest Moto G yet, the Moto G100 jumps into the mid-range, but is it worth the added cost?

Motorola’s Moto G-series phones are usually typecast as budget-friendly handsets with befittingly low-end specifications, but the new Moto G100 breaks away from the norm in a dramatic fashion.

Pushing past the boundaries of affordability, the most expensive Moto G handset to date is unlike anything we’ve seen from Moto previously, but its high price is a tough pill to swallow. Especially when it costs three times as much as the Moto G10, which launched just a few short weeks ago.

Motorola Moto G100 review: What you need to know

Compare the two phones, though, and there’s no contest. The first Moto G with one of Qualcomm’s flagship 8-series chipsets, the Moto G100 uses the brand-new Snapdragon 870, which promises a serious boost in performance, not only against the cheaper Moto G10 but against its similarly priced competition as well.

The Moto G100 also has double the RAM (8GB) and 128GB of expandable storage as standard. Likewise, where the Moto G10 only has a 720p display, the Moto G100’s slightly larger 6.7in IPS screen has a resolution of FHD+ with a 90Hz refresh rate and support for HDR10 content. 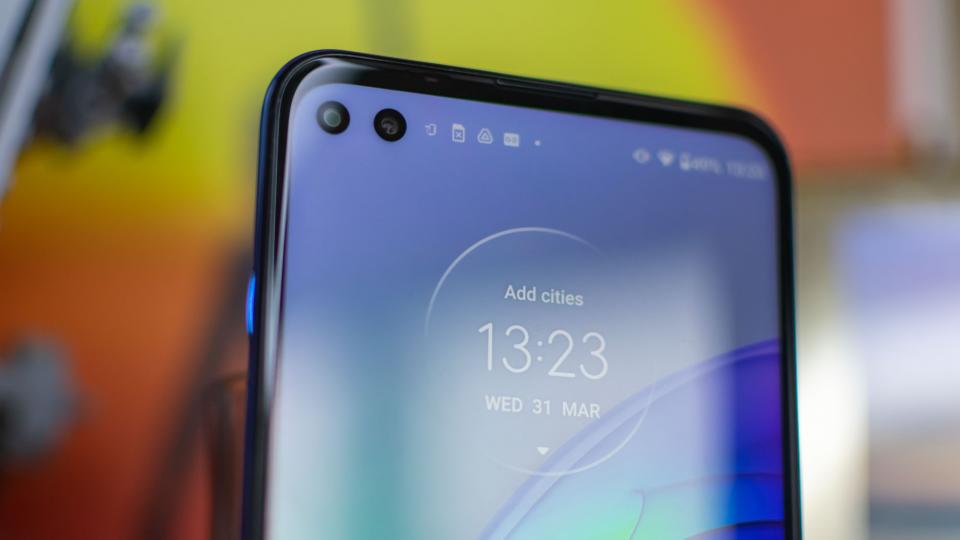 It’s packed with a total of six cameras, too – two on the front and four on the back – which includes a 64MP main camera, a pair of ultrawide cameras and a depth-sensing unit. The Moto G100 runs Android 11 from the off, can connect to the UK’s 5G network and also supports Motorola’s new “Ready For” PC desktop docking station.

As I mentioned earlier, the Moto G100 costs more than three times as much as the Moto G10. Launching for £450, if you’re looking at upgrading to the Moto G100 over the G10, you can expect to pay an extra £320 for the privilege. Ouch.

Not only is it the priciest Moto G to date, but it’s up against some pretty stiff competition as well. Samsung’s Galaxy A52 5G recently passed through my doors, and it costs slightly less at £399. The Pixel 4a 5G is still the best option on the camera side of things, and that too costs £399. If iOS is more your thing, then 2020’s iPhone SE also starts at £399. I’m noticing a bit of a pattern here, are you?

With a big bump in price, you’d hope for a big upgrade in the looks department, and you’re mostly getting that with the Moto G100. In fact, the Moto G has never looked this good.

With its iridescent finish – in either Sky (white) or Ocean (blue) paint jobs – the colour of the Moto G100’s rear panel changes slightly depending on where the light catches it. I was sent the Ocean model for review, which shifts from a dark blue to a purple and looks a bit like an oil slick. 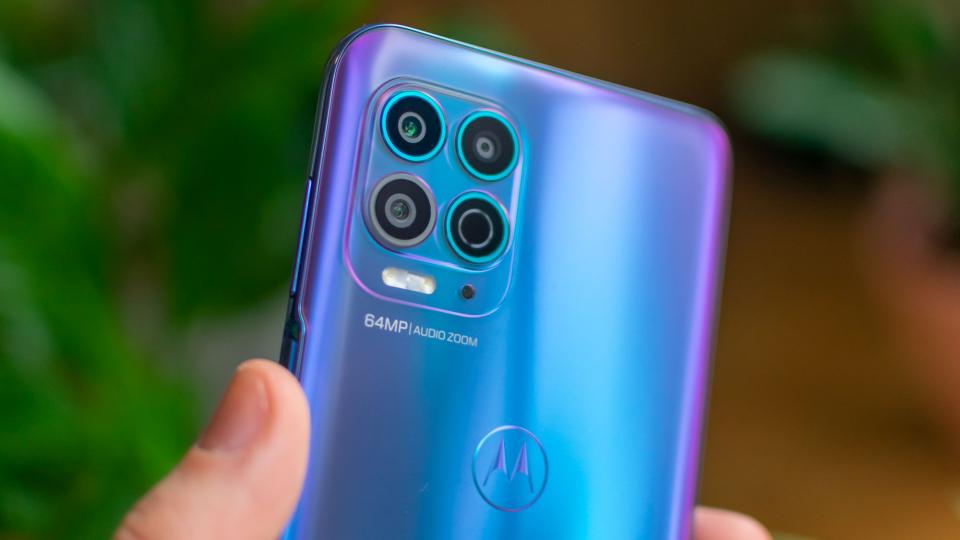 The rest of the handset is thoughtfully designed, too, with slightly curved edges at the back and an iPhone-like cluster of rear cameras that don’t protrude all that much. The front of the Moto G100 is dominated by that large 6.7in display, with reasonably thick bezels on all four sides as well as a pair of selfie cameras in the top-left corner.

A thumbprint sensor is embedded in the power button on the right edge of the handset, sitting just underneath the volume rocker. It’s positioned quite high up though, so you’ll either need long fingers or an aptitude for deft hand manoeuvers if you want to unlock the phone in one hand.

There’s no wireless charging to speak of, with the Moto G100 instead charging via the included 20W USB-C cable. It also doesn’t have an official IP rating for dust and water ingress protection and instead uses a “water repellent design”. Motorola hasn’t provided any specific details as to what this means.

The G100 is also the first Moto to support the new “Ready For” desktop dock. Bundled in the box, this plastic mount allows you to connect the Moto G100 via the included USB-C to HDMI cable to your monitor or TV and use your phone as a portable workstation if you pair it with a Bluetooth keyboard and mouse (not included).

Like Samsung’s DeX, it’s a bit fiddly at first, which is mostly due to the software limitations of Android than anything else. The desktop interface is similar to Windows, but it doesn’t support the usual array of shortcuts, nor does it handle multiple application windows particularly well. 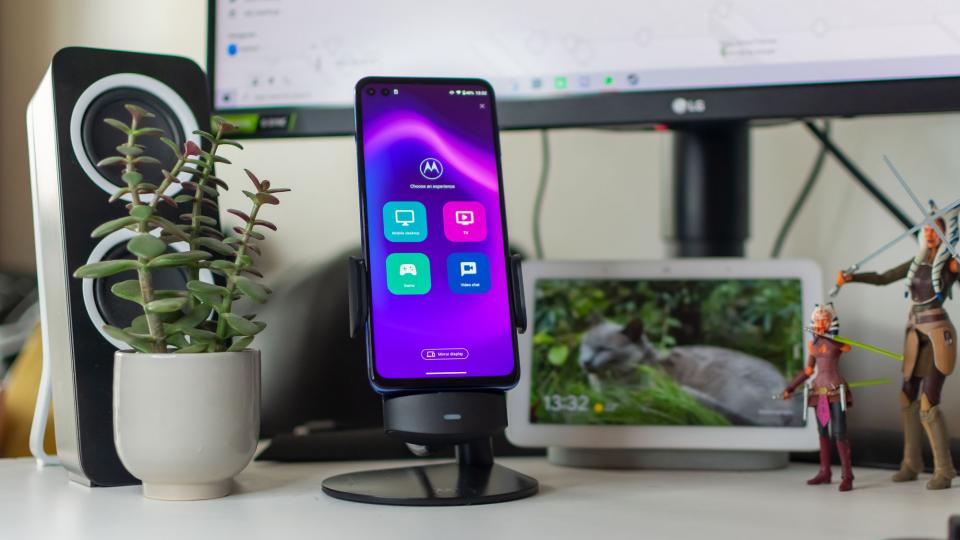 I wrote the majority of this review via Ready For and for the most part, it managed to keep up with my speedy typing, although you can’t click and drag to select a chunk of text at once, which is mildly annoying. What I do like, though, is that if you don’t have a wireless keyboard or mouse to hand, then the phone’s touchscreen can be used as a trackpad, and a virtual keyboard pops up whenever you navigate within a text field.

Performance-wise, I definitely noticed a difference when switching from my PC, but it’s no worse than my ageing 2017 MacBook Pro. You can also play Android games on the big screen, which is quite fun (especially if you connect a Bluetooth controller) and it’s a particularly useful tool for video calls and media playback, too.

The Moto G100’s screen stretches out across a distance of 6.7in. It has a resolution of 2,520 x 1,080 (FHD+), a maximum refresh rate of 90Hz and supports HDR10 playback, too. Quality-wise, it’s a pretty good display, but since it lacks the benefits of an OLED panel – found on the cheaper Pixel 4a 5G, Galaxy A52 5G and iPhone SE – it doesn’t hold up quite as well under scrutiny. 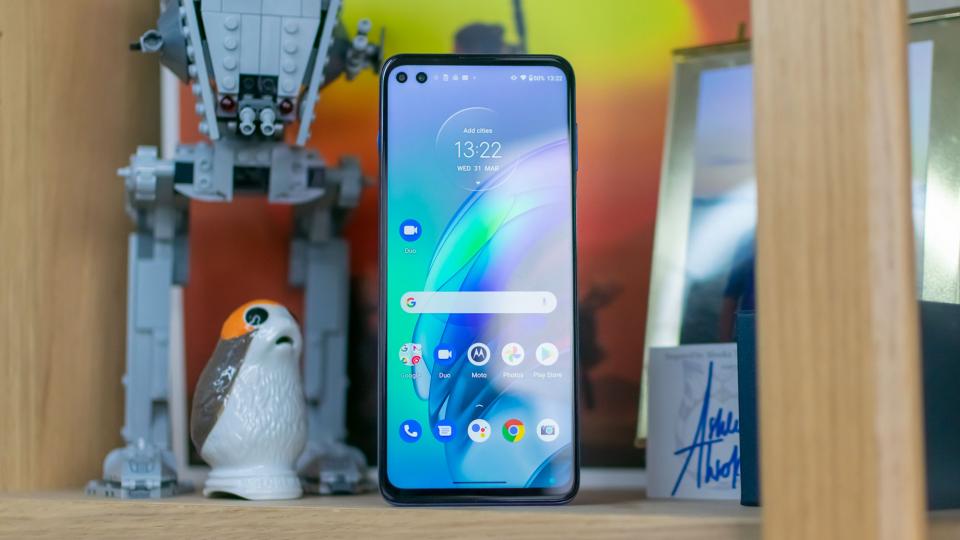 Colour accuracy isn’t bad at all, though, with an average Delta E of 1.43 in the phone’s “Natural” display mode, as well as an sRGB gamut coverage of 87.7% and a total volume of 88.4%. Where it falls flat is in contrast, and it doesn’t get especially bright when viewing HDR content, either – peaking at a mere 572cd/m², which is well below the HDR10 standard.

Performance is where the Moto G100 really starts to stretch out a significant lead, not only against the Moto G10, but against its main rivals as well. This is the first phone I’ve reviewed that uses the new Qualcomm Snapdragon 870 chipset, which is essentially second-in-command to the flagship Snapdragon 888 (found inside the far pricier Xiaomi Mi 11).

It’s no surprise that the Moto G100 shrugs off our usual suite of performance benchmarks. In the Geekbench 5 single- and multi-core CPU tests, the Snapdragon 870 tripled the performance of the Moto G10 (Snapdragon 460), while also surpassing the Pixel 4a 5G and Galaxy A52 5G. It’s still no match for the iPhone SE’s A14 Bionic chip, but it’s not far off.

The embedded Adreno 650 GPU is more than capable on the gaming side of things, too. Matching the phone’s maximum refresh rate (90Hz), the GFX Bench Manhattan 3 on-screen test wasn’t much of a challenge, with the G100 more than doubling the score of the Galaxy A52 5G.

The same can’t be said about the battery life, though. In the default “Auto” mode – which automatically adjusts the refresh rate depending on the application – the Moto G100 lasted for 16hrs 40mins in our video playback test. Both the Moto G10 and Moto G30 reached well above 20 hours in the same test, as did the Google Pixel 4a 5G. Should you lock the phone’s refresh to 90Hz, the battery life plummets to just 14hrs 31mins.

How about those cameras, then? The Moto G100, like most smartphones these days, has a quad-camera array on the back, which consists of a 64MP (f/1.7) main sensor, a 16MP (f/2.2) ultra-wide unit, as well as a 2MP (f/2.4) depth camera and a time-of-flight (ToF) sensor to help with blurred background portraits.

Photo quality is pretty good, especially in well-lit conditions. There’s plenty of detail, little visual noise and the colours look nice and natural, too. It’s not quite on par with the Pixel 4a 5G – the Moto had a tendency to overexpose images – but the pictures aren’t bad at all.

I have very few complaints about the wide-angle camera too. Some of the finer details are lost along the way, but the Moto’s wide-angle pictures looked pretty much identical to the Pixel 4a 5G’s, and there’s not much lens distortion in the corner of the frame, either. Rather than including a dedicated macro camera, the wide-angle snapper can also be used for up-close pictures, too.

On the other hand, portraits aren’t really worth shouting about. Even with the phone’s beautification slider at zero, the Moto G100 preferred to smooth out facial features and remove skin blemishes such as freckles. The “Nightscape” mode is also quite poor, blowing out highlights and producing a noticeable amount of visual noise.

As for video, the Moto G100 can record 4K 60fps footage with image stabilisation switched on, and 6K video at 30fps un-stabilised. The former is definitely the mode I’d stick with, though, since the slight downgrade in resolution is well worth the frame rate increase and rock-steady panning.

Diving headfirst into the deep end, it’s quite clear that the Moto G100 is a bit out of its depth. The most expensive Moto G yet – by quite some distance – there’s not much reason to pick up the Moto G100 instead of its rivals, which is especially frustrating since they also cost a bit less than what Motorola is charging too.

It’s by far the best Moto G I’ve ever reviewed, but it’s just not the best in value terms. The £130 Moto G10 remains my top affordable pick, but if your buying budget stretches further into the mid-range, then the Galaxy A52 5G, Pixel 4a 5G and iPhone SE (2020) all still earn my recommendation.