With countless Moto Gs to choose from, the Moto G8 is the best of the bunch

Motorola is really pushing the limits of the belief that you can’t have too much of a good thing. This year, we’re being treated to no fewer than five Moto G8 handsets, all of which have been steadily trickling onto the market over the last few months.

It seems we’ve saved the best for last. The Moto G8 may not be the most expensive but it offers by far the best value, providing cuts in just the right places. It has comfortably become one of our new budget champions.

Motorola Moto G8 review: What you need to know

For years now, the Motorola ‘G’ range has set the standard for what it means to be a great-value smartphone. Aside from the occasional blip along the way – the less said about the G5S the better – Moto’s cutthroat devices have been dependable choices for the discerning budget buyer and can usually be purchased for less than £200 (or thereabouts).

As I mentioned above, there are five Moto G8s to choose from this year. Aside from the G8 Power Lite – which uses a MediaTek Helio P35 – they all share the same 11nm Snapdragon 665 chipset, with a few changes along the way. This is the “regular” G8: it uses the same HD+ screen as the cheaper G8 Play and Power Lite but it has double the storage of the Play. It’s also the only one on the list that comes with Android 10 out of the box.

The G8 is bang in the middle of Moto’s price scale, sitting below the G8 Power and G8 Plus but ahead of the G8 Play and G8 Power Lite. At a SIM-free cost of only £180, you can buy five G8s for the price of just one Samsung Galaxy S20 – just let that sink in for a moment.

The Moto G8 doesn’t stand alone at this price, however. There’s the Xiaomi Redmi Note 8T to contend with, which has similar hardware and an identical price of £180. There’s also last year’s Huawei P Smart, which has since dropped in price to around £150.

The single biggest change from a design perspective comes from the Moto G8’s rear camera arrangement, which has made its way to the left side of the phone and is now grouped in a vertical traffic-light formation. On the front, the unsightly top-mounted notch has gone, with a less obtrusive hole-punch camera taking its place in the top-left corner of the phone’s screen.

The Moto G8 doesn’t have a fancy in-screen fingerprint reader – a feature commonly found in high-priced handsets – but instead uses a circular finger sensor located in the middle on the back. Personally, I prefer this unlocking location as I find this is where my index finger naturally drifts when holding the handset.

Measuring 6.4in across the diagonal, the G8’s front-filling screen is also slightly larger this time around – the Moto G7’s screen was 6.2in across – with slim screen-bordering bezels. The front of the handset is rather handsome, in fact, and I’m particularly pleased that Motorola has removed its logo from under the display.

Of course, the Moto G8’s bargain-bin price comes with a few caveats attached. First of all, the back of the phone is made of polycarbonate, rather than glass, which doesn’t look as nice and is a bit of a fingerprint magnet. Secondly, the Moto G8 doesn’t come with any official IP rating for dust or water protection – Motorola says the Moto G8 is “water-repellent” instead. There’s no NFC chip, either, so you won’t be able to use the phone for contactless payments.

A resolution of 720 x 1,560 stretched across a large 6.4in screen might not sound like much, but what you’re getting with the Moto G8 is actually rather good for the price. The colours are punchy and bright and the phone’s contrast is good.

As usual, there are three display modes to choose from: “Boosted”, “Natural” and “Saturated”, although none of these are especially colour accurate and they certainly aren’t capable of the same levels of vibrancy currently offered by the latest and greatest OLED screens on more expensive phones.

But, of course, the Moto G8 finds itself at the other end of the price scale, so you can’t grumble when you consider how little you’re paying. Contrast is very good at 1,619:1, it reaches a peak brightness of 458cd/m² and covers 84% of the sRGB colour gamut, with a total volume of 91%.

In terms of core specifications, the Moto G8 is closer in line with the mid-range than you might expect. A Qualcomm Snapdragon 665 processor, clocked at 2GHz, powers the phone, which is backed by 4GB of RAM and 64GB of internal storage. There’s microSD expansion up to a further 512GB, too.

The G8’s upgraded internals deliver a significant performance improvement over last year’s G7. According to the Geekbench 4 CPU test, the G8 is roughly 14% faster when it comes to multi-core processing and 20% faster in single-core. This brings the G8 level with our current budget pick: the Xiaomi Redmi Note 8T, which comes as no surprise considering they’re both powered by the Snapdragon 665.

The Moto G8 stretches out a more significant lead when it comes to gaming. In the GFXBench Manhattan 3 test, the Moto G8 achieved an average on-screen frame rate of 34fps, which is double that of the Redmi Note 8T. That’s because the G8 has a lower resolution display. There’s an even bigger boost when you compare it with last year’s G7:

Despite both the two “Power” variants proudly packing 5,000mAh batteries, the standard G8 is still rather well-equipped with a 4,000mAh-capacity unit. And in our video-rundown test, the Moto G8 lasted 18hrs 15mins, which is pretty darned respectable, beating the Moto G7, Redmi Note 8T and Huawei P Smart (2019).

Finally, this brings me to the Moto G8’s cameras. This is an area where the Moto G phones really excel and, prior to the launch of the Redmi Note 8T, last year’s Moto G7 had the best camera you could get on any smartphone below £300.

It lacks the 48-megapixel resolution of the Redmi but the Moto G8 has seen a slight upgrade to a 16-megapixel (f/1.7) main unit this year. The secondary depth sensor has disappeared and is replaced with an 8-megapixel (f/2.2) 118-degree ultra-wide camera and 2-megapixel macro camera, which allows you to capture fine details at a distance of up to 2cm. Finally, a single 8-megapixel selfie camera is embedded in the hole-punch notch at the front.

With more megapixels comes greater potential for detail capture, so the Redmi Note 8T has the lot beat in that department. The G8 fails to match the sheer quality of the Redmi’s images but it still represents a significant improvement when you compare with last year’s Moto G7.

Shooting out towards east London from my balcony, you can see that the Moto G8’s auto-exposure is nice and balanced and the colours are more neutral in comparison. Detail capture is especially crisp but, if I was pushed for criticism, I would say that the Moto G8’s images are a touch over-processed, although not distractingly so.

The differences between the two are equally obvious as soon as the light begins to fade. In my indoor, low-light test scene, The Moto G8 managed to boost the brightness more effectively than the G7, without capturing an overly warm-looking image. Neither picture is frame-worthy, sure, but the G8 is miles better in this scenario.

When it comes to video, the feature set is identical to last year’s Moto G7. You can record footage at up to 4K resolution at 30fps and, if you decide to drop the resolution down to 1080p, you can bump up the frame rate to 60fps. Before we finish off, it’s worth noting that the Redmi Note 8T again wins here with its ability to record 4K at the full 60fps.

There’s no doubt the Moto G8 is a great budget phone; the big question is whether or not it’s worth buying over the Redmi Note 8T. Xiaomi’s budget beauty isn’t plagued by the usual array of cutbacks that haunt budget phones: it has NFC, is fitted with a Full HD screen, has an impressive 48-megapixel camera and can record in 4K at 60fps. The Moto G8 lacks all of these things.

Still, what it does have is exceedingly well-executed for how little it costs. The Moto G8 is Motorola’s best-value handset to date, and if it wasn’t for the Xiaomi it would be sitting pretty at the top of our budget phone hierarchy. As it stands, however, the Moto G8 will have to make do with a respectable second place. 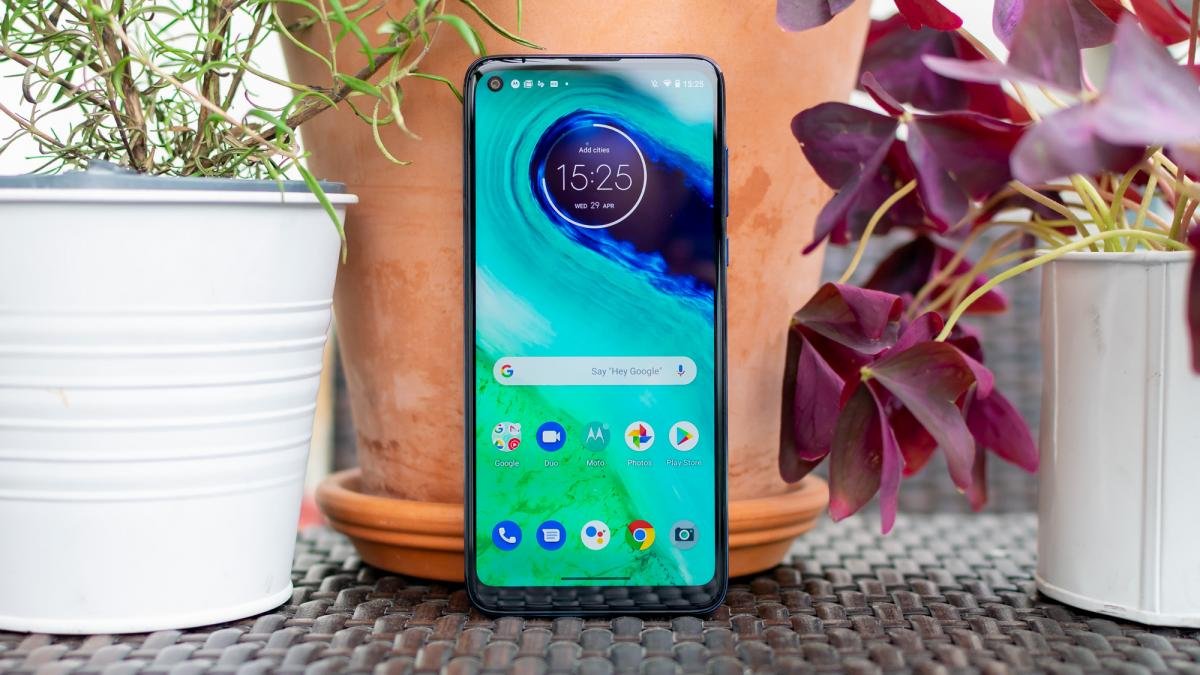