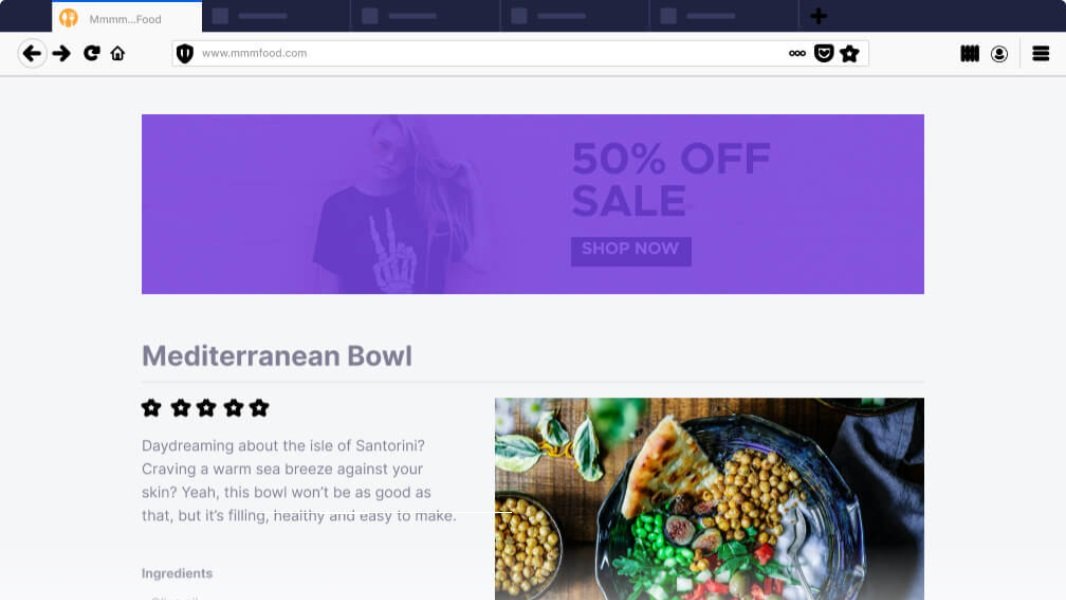 “Today, with the launch of Firefox 87, we are excited to introduce SmartBlock, a new intelligent tracker blocking mechanism for Firefox Private Browsing and Strict Mode,” Mozilla’s Thomas Wisniewski writes. “SmartBlock ensures that strong privacy protections in Firefox are accompanied by a great web browsing experience.”

SmartBlock has to straddle the line between effectively blocking web trackers and allowing the web to continue to function normally, Mozilla says, and it basically fixes webpages that are broken by Firefox’s tracking protection in a way that doesn’t compromise user privacy. It does so by providing local stand-ins for blocked third-party tracking scripts to ensure that the website works properly.

In addition to SmartBlock, Firefox 87 includes a new default HTTP Referrer policy that trims path and query string information from referrer headers to prevent sites from accidentally leaking sensitive user data. There’s a new “Highlight All” feature in Find in Page that now displays tick marks alongside the scrollbar corresponding to the location of search matches on the page. And it supports VoiceOver, the screen reader built-in to macOS.