Sharkoon announces the arrival of two new cases with its MS-1000 series. Indeed, we find the MS-Y1000 and MS-Z1000, two almost identical cases. Only the front panel changes from one model to the other! 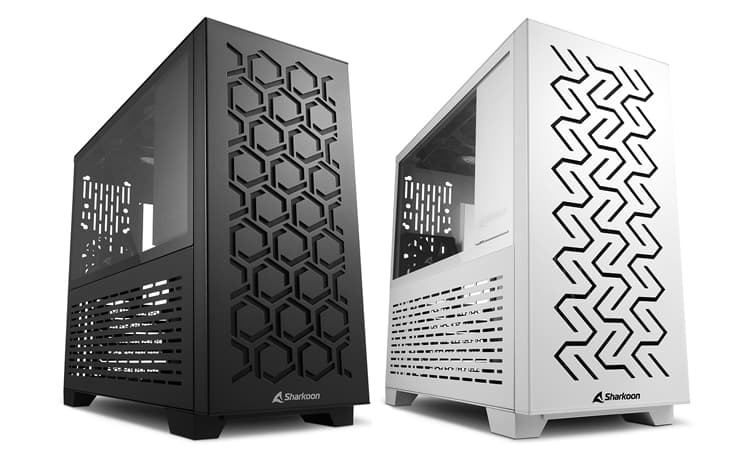 With its two cases, Sharkoon announces two cases capable of hosting micro-ATX and mini-ITX motherboards. These cases have reduced dimensions of 170 (W) x 425 (D) x 362 (H) mm. The weight remains quite contained with 5.7 kg on the scale.

Inside, the chassis is quite original since the power supply is installed on the front panel. However, don’t panic because you can opt for a 16 cm deep ATX block. No big limitations in terms of power.

For the rest of the components, especially for the CPU cooling unit, things get more complicated. In this case, we have 135 mm of free space, so we will have to either switch to watercooling or make do with a 92 mm fan or top flow. Finally, on the GPU side, without fans on the front, we find a clearance of 36 cm, against 35.5 cm with fan. 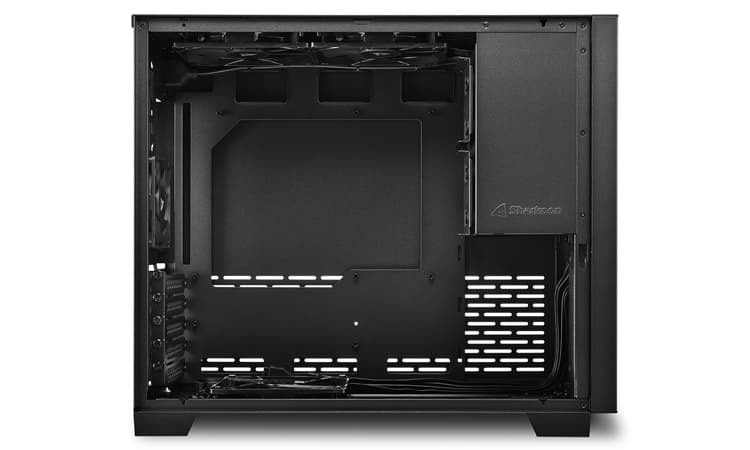 By the way, let’s talk about the ventilation, since we have the right to four pre-installed mills. Indeed, a small 80 mm is present at the back, two 120 mm are part of the top and we find a last 120 mm at the bottom. We can also add a second 120 mm in the bottom and a last one in front. Nevertheless, for watercooling, you will have to be satisfied with a 240 mm slot at the top with 55 mm thickness (radiator + fans).

As far as storage is concerned, Sharkoon indicates that its cases are equipped with three 2.5″ slots. Two of them are present on the power supply cover while the third one will occupy the front fan slot. Finally, a 3.5″ slot is included, at the bottom of the MS-1000 Series, but it will condemn a fan slot in 120 mm.

We end quickly with the sales price which is announced at 79,90 € in black against 84,90 € in white. You should also know that the adapter to put your graphics card vertically will be charged € 34.90, but it comes with a PCIe 3.0 x16 riser.

Here are the technical specifications of Sharkoon!