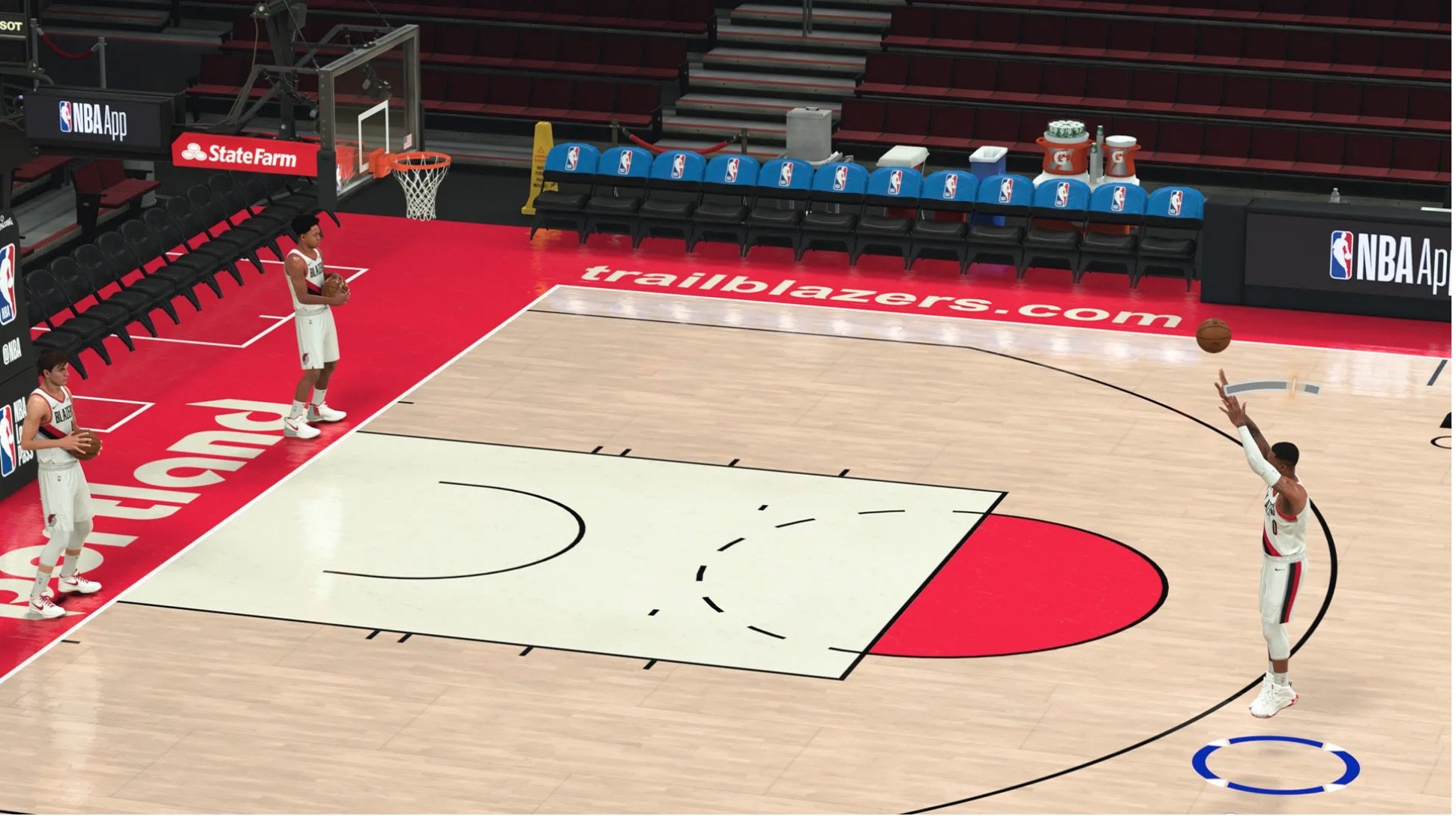 NBA 2K21 is launching Sept. 4, but players still haven’t seen much gameplay at all. In fact, nothing has been shown in-game for the next-gen version of the game. Luckily, players will at least be able to try out the current-gen version of NBA 2K21 when the demo drops on Aug. 24.

The NBA 2K21 demo will be coming to PS4, Xbox One, and Nintendo Switch. PC fans will have to wait, it seems.

In addition to the demo announcement, a current-gen gameplay report has been released that goes in depth on a variety of changes. Those changes include the following:

Anyone who wants to try out these new changes should mark their calendar for when the NBA 2K21 demo comes out.

Going a bit more in-depth, the Pro Stick has been overhauled so that you can only shoot when pulling it downwards, instead of any direction. The other directions will perform dribble moves.

The demo will also allow players to check out the new NBA 2K21 Shot Meter seen above. It now has a target window, as opposed to simply filling up the meter to the top. Aiming and timing will both be important factors in shooting this year.

Additionally, release timing for shots is back in the Shot Creator, instead of having anything to do with the Quick Draw Badge.

Be sure to check out the report for more details on other areas of the game, and remember that there are a number of different versions of the game that you can buy, if you’re interested.