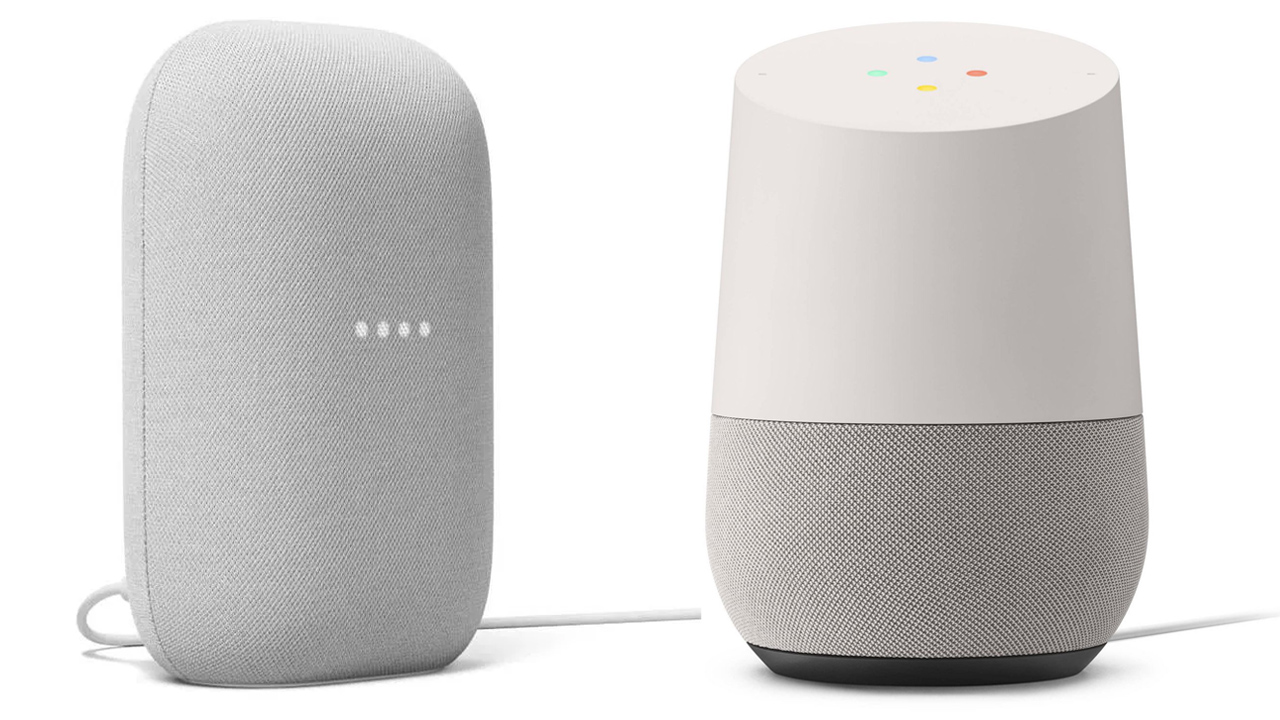 Google has announced its new smart speaker called the Nest Audio, which is a sequel to the original Google Home. The change in prefix name for these devices happened after Google brought them under the Nest brand. How that naming ploy has changed in the past years is a story for another day, today we’ll discuss – through how things fair on paper – how the next-gen smart speaker uplifts the game for Google. And, if it’s time for you to upgrade from the first taste of smart speaker endured with Google Home.

When it was first launched in November of 2016, the Google Home smart speaker came in a cylindrical design with colored status LEDs on top. It wasn’t really a device to go to for audiophiles but it did offer a different – more novel – enclosure for the Google Assistant (beyond phones), opening up more possibilities in the smart home domain.

Four years down the line, the Nest Audio comes with better Google Assistant capabilities and it’s engineered for “music lovers.” It is billed as a radical upgrade to the older Google Home and given the sub $100 price tag, it’s definitely worth the go. Even though the Nest Audio is not yet for sale, there is plenty we know about the device already – not enough maybe to pit is against an Amazon Echo just yet, but definitely ample to run it side by side with the first-generation Home to see what’s what.

Google Home was not really a speaker you’d want at home if it didn’t do some extra gigs with the voice assistant. That notion is completely changed with the introduction of Nest Audio. This is a music machine designed for audiophiles. Google says it has a “75-percent louder and 50 percent stronger bass” than the Google Home. While the bass is handled by a 75mm mid-woofer, the speaker’s consistent, high-frequency coverage and clear vocals are made possible by a 19mm tweeter.

Unlike the Google Home, the Nest Audio sounds more natural (as the artist would have intended while recording), the audio is clearer, and all-around fuller. Google has optimized the grill and fabric of the speaker so as to allow the custom-designed tweeter to deliver each musical detail through for distortion-free listening experience.

This improvisation is particularly significant as Google Home was prone to distorting at high volumes. Nest Audio can also automatically tunes itself to your listening habits. It adjusts the volume of the assistant, audiobook, or news updates based on the background noise, so you don’t miss your piece even while doing the laundry, dishes or maybe patting your pooch. 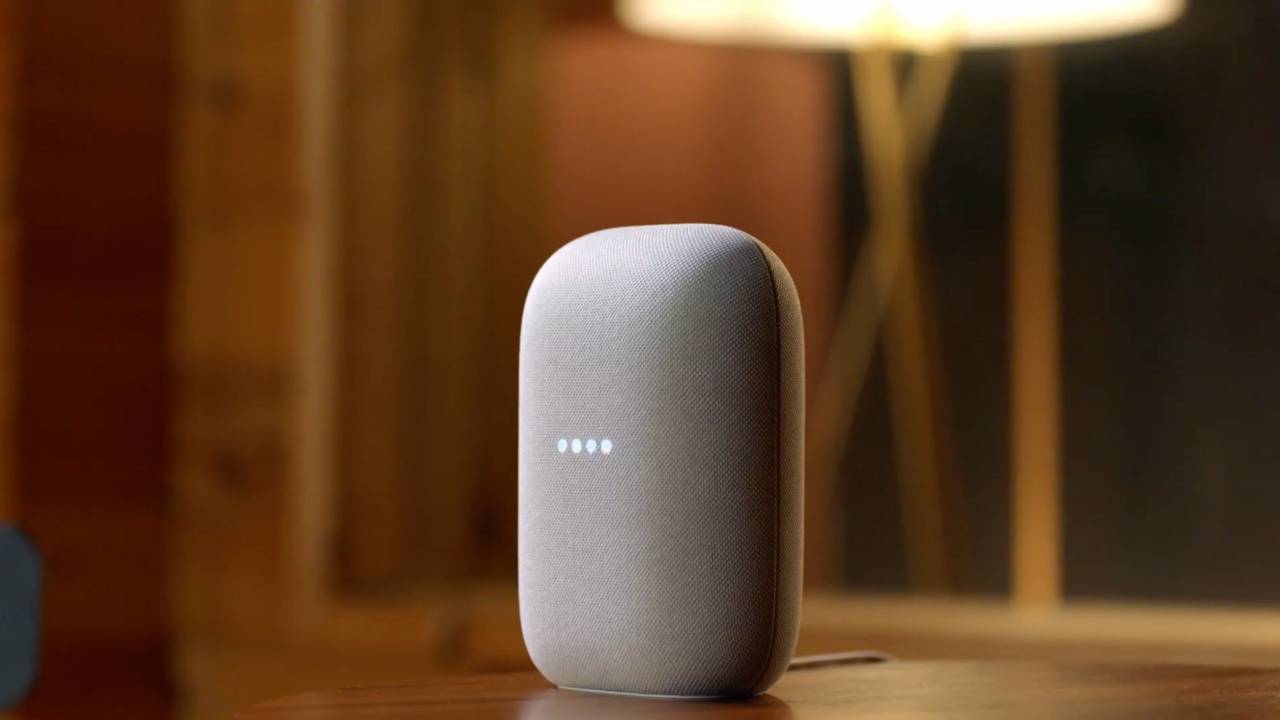 Just like Google Home the Nest Audio also sports Google Assistant to stream your favorite music, podcast and more. Only that this time it’s twice as fast. Google says the Assistant can now learn your “most common commands” and respond to them two times faster than the original Google Home.

Nest Audio can – like the Home – be interconnected with a portfolio of Google speakers – the Google Home, Nest Mini, Nest Hub – so you can ask Google Assistant to either play an audiobook from the bedroom speaker or blast “simply the best” throughout the entire house to create a complete home audio experience. Two of these new speakers can also be clubbed together to create a stereo audio environment.

Way above the air freshener image 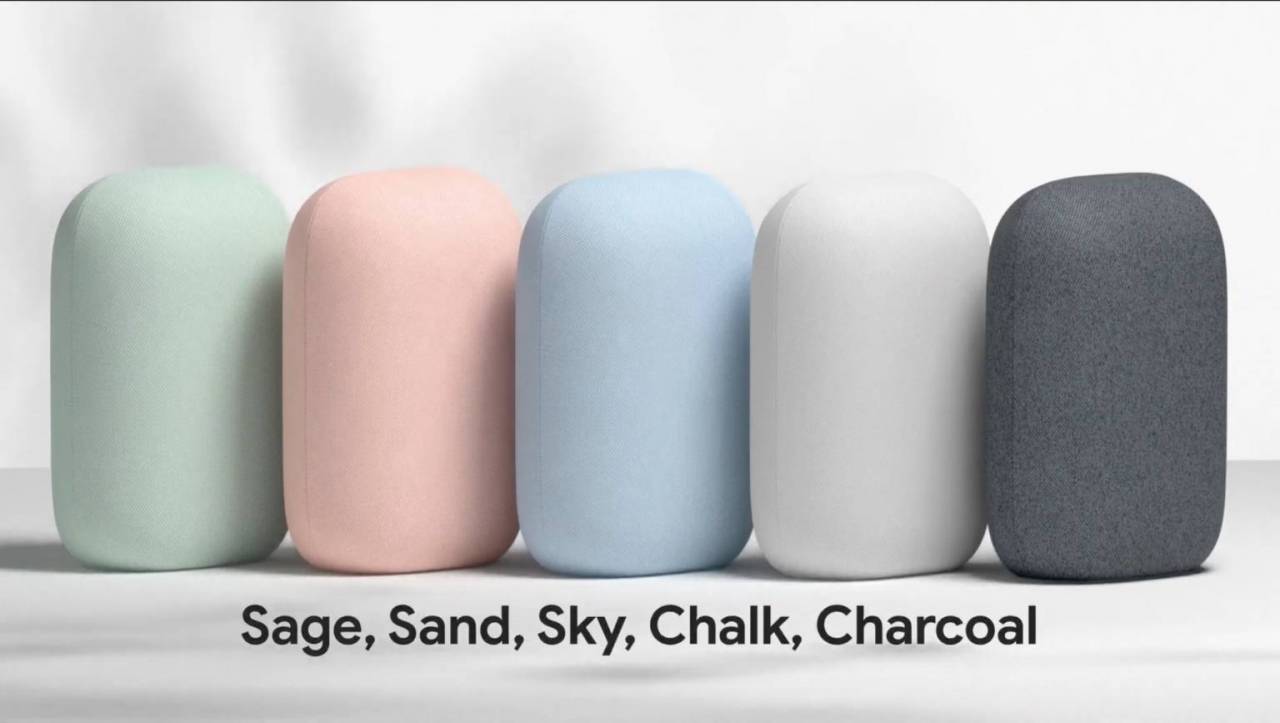 The original Google Home may have been overlooked for its air freshener-like appearance in a cylindrical body with removable woven base. Nest Audio is far from that image. It’s now completely clothed – top to bottom – in mesh fabric woven over an enclosure made from 70-percent recycled plastic. The rectangular speaker is rounded at the edges and its top-front half is touch-sensitive with volume controls on left and right sides, the play/pause control lies in the center. Google home had these physical control on the top.

To ensure Nest Audio is not snooping in on your conversation, the device has the same, Home-like physical mute button on the back to stop the mics from listening. The new speaker comes in Sand, Sky, Sage, Chalk, and Charcoal color options, which is a delightful upgrade from the Google Home, but it still lacks the prowess to go outdoors. Similar to the predecessor, the Nest Audio requires mains connection to work – find DC power port on the back. 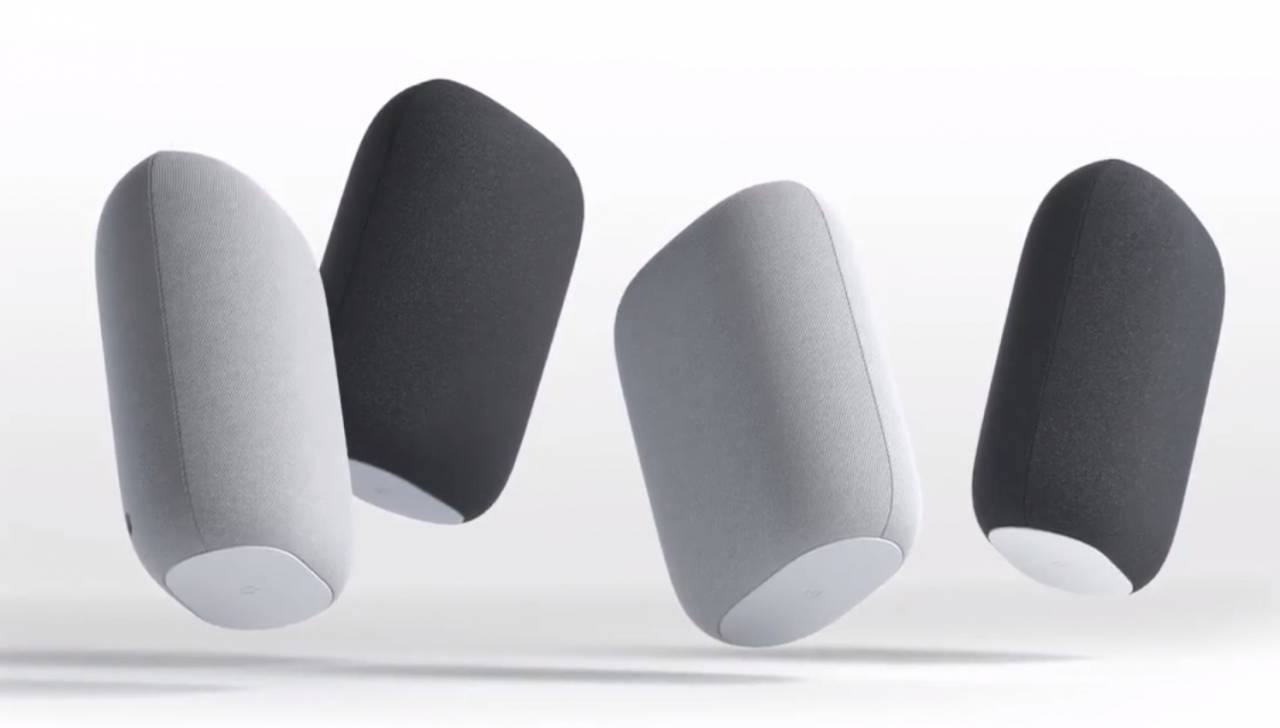 Without the retailer-level discounts, the original Google Home goes for $129, a good 30 buck above what the Nest Audio will enter for. Google’s new smart speaker will retail in the US, Canada, and India starting October 5 for $99.99. An additional 21 countries (not officially named yet) get the speaker starting October 15.