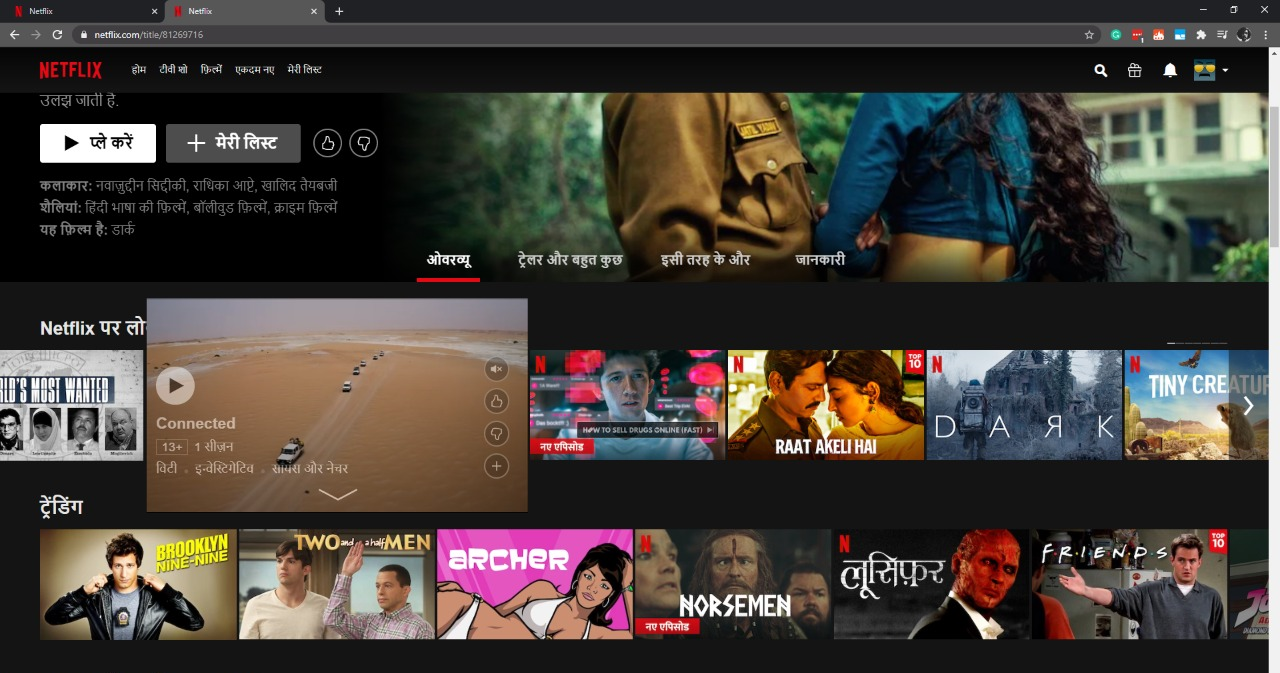 Netflix is hard at work to win the Indian market, from making original shows with A-list stars to launching India-specific affordable membership plans, the company is trying it all. In a bid to further woo the Indian audience, Netflix has finally added Hindi language support to its desktop client as well as the mobile app. Here’s how the Netflix UI looks when the language is changed to Hindi:

Now, UI elements such as show description, the menu bar and the settings section can all be changed to Hindi language, making it easier for the Hindi speaking audience (over 300 million native speakers) to read about content in their first language. Moreover, irrespective of their current location, users across the globe can change the language to Hindi.

“Delivering a great Netflix experience is as important to us as creating great content. We believe the new user interface will make Netflix even more accessible and better suit members who prefer Hindi,” Monika Shergill, VP Content at Netflix India, was quoted as saying by TechCrunch.