At the beginning of 2019 there was only one set of AirPods but now there are three: the basic AirPods, the AirPods with wireless charging, and the AirPods Pro. That may expand still further with the arrival of AirPods Studio over-ear headphones and maybe even a set of AirPods Lite.

In this article, we take a look at how Apple is likely to evolve the AirPods line-up, whether there will be a replacement for the base offering, or if Apple will discontinue them and reduce the price of the wireless-charging models. We cover the release date, price, tech specs, design changes and new features of upcoming models.

We also have separate articles about those related products mentioned above. If you’d like more information on them, you can read about the AirPods Studio and the AirPods Lite.

When will the new AirPods launch?

As we wrote above, there is more than one new pair of AirPods expected, so potential launch dates range widely. The AirPods Studio, for example, were understood to be in production earlier this year so it is expected that they will launch soon.

In fact in October 2020 there was a big indication that new Apple music products would launch soon when, as Bloomberg reported, Apple removed headphones and speakers from Bose, Ultimate Ears, Sonos and others from its online and in bricks-and-mortar stores.

It certainly looked like Apple was making room for audio related products in its stores, but nothing was announced at Apple’s October event, suggesting we’ll have a longer wait.

Indeed, highly respected analyst Ming-Chi Kuo said back in July that there won’t be any new AirPods this year, and Nikkei Asian Review in May reported that the next set of standard AirPods may have to be postponed until 2021 as a result of the global health crisis. A paywalled DigiTimes report (via MacRumors) also claimed that new AirPods will appear in the first half of 2021.

Now Jon Prosser is saying that we won’t see the new AirPods until March 2021.

If you are curious to know when the current AirPods launched, here’s the AirPods release schedule so far:

It’s tough to draw too many conclusions from that release schedule – a big gap and then a flurry of releases; the sample size is too small to extrapolate a trend – but we definitely expect Apple to keep the AirPods and AirPods Pro as two separate lines.

How much will the new AirPods cost?

AirPods pricing has been a little controversial, although this may not have been entirely fair; the basic AirPods are actually pretty reasonable by the standards of True Wireless earbuds, and the Pro models are of sufficiently good quality to justify their price.

Here’s the pricing for the current range:

That cheapest option could disappear the next time Apple updates its range, with the wireless-charging AirPods seeing a price drop. We anticipate something like this:

The question here is whether Apple will take the plunge and significantly change the design of the AirPods. Again, the design depends on what AirPod variant we are discussing.

There is speculation that the new AirPods 3 will combine the design of the AirPods Pro model (that launched in October 2019) with the AirPods 2 design (from March 2019).

This is likely to mean that the ‘stems’ of the AirPods 3 will be shorter than those of the current AirPod models, as per the Pro version. 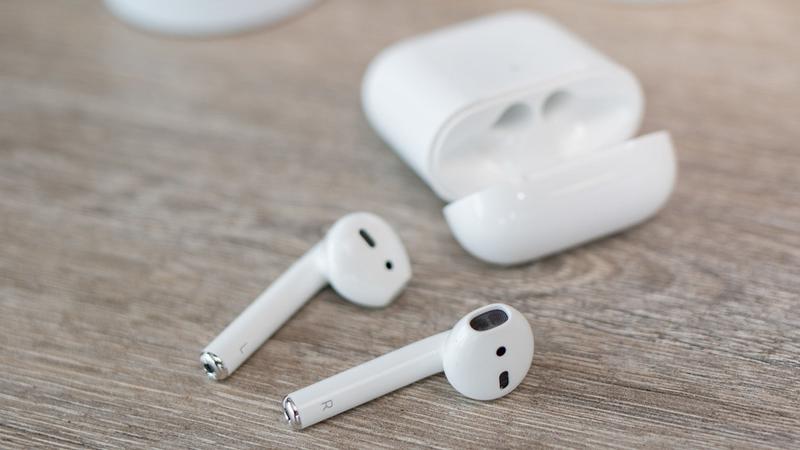 This theory is echoed by Apple analyst Ming Chi Kuo who said back in June that he expects the next generation ‌AirPods‌ to share elements of their design with the AirPods Pro, but not the active noise cancellation.

Twitter user Fudge released a short video showing a version of the product with white covers.

The headphones are described as follows: a HomePod-style mesh material on the headband and ear cushions; covers in anodised aluminium (available in various colours); and a steel frame holding the headphones together. There’s a Lightning connector on the underside of one cover but no 3.5mm audio jack. A version in leather is also expected.

An adjustment to the design is not the only change potentially coming to the AirPods. In 2019, there were rumours that Apple would launch a black set of AirPods, so it’s feasible that we could see a new colour option. It would be nice to get a second colour option, for one thing (we feel Space Grey is most likely, with Product Red a strong second choice), although again this will only happen if Apple does the standard and Pro AirPods at the same time and can, therefore, offer this for both. It would be strange and slightly annoying for Pro owners if they were missing out on something that was offered with the bog-standard model.

As for the AirPods Pro, they’ve had their updated design for only one generation and it’s therefore unlikely that this will see a major change anytime soon. We’re big fans of this design, incidentally, although we have a few reservations about the charging case: it’s harder to get the Pros out than was the case with the previous models and the hinge feels less robust. (The hinge sits along the longer edge because the Pro models are shorter and wider than before). Perhaps Apple could tweak the case design in lieu of major changes to the earbuds themselves.

According to leaker L0vetodream, the AirPods Studio will feature the U1 chip, which first appeared in the iPhone 11 Pro. The U1 is currently used for better positioning of devices during AirDrop data exchange, but the chip could also determine how the user has put the ear cups on and then use this information to send the left stereo channel into the left ear and the right channel into the right.

The U1 chip may also be useful for finding lost AirPods using Apple’s Find My app.

It could also be used to correctly determine the position of the headphones on the head and make gesture control more precise.

An Apple patent published in July but granted back in February 2020, describes the use of gesture controls as a way of handling media playback such as play, pause and volume up and down. A swipe down towards the ground could lower the volume, while a swipe “forward” could jump to the next song, for example.

These gesture controls could be adapted to the way the owner wears the headphones. So, if the headphones were worn further back on the head they would be smart enough to recognise a swipe down, even though it’s now at a different angle to the device.

The Pros have only been available since October 2019; it would be a surprise for Apple to allow many of their exclusive features to appear on the baseline AirPods only a year later, which is when we expect the next launch. Active noise cancellation (ANC), for example, is virtually the Pros’ signature feature, and the chances of that appearing on standard AirPods is almost non-existent – aside from the fact that it would require a redesign that we don’t expect either. The same applies to the Transparency mode, which comes hand in hand with ANC.

Improved water resistance, however, could be ready for the mainstream. The Pros are rated IPX4, which Apple glosses as “water- and sweat-resistant, but not waterproof or sweatproof”; the early-2019 AirPods are not claimed to be water-resistant at all. That could see an improvement in 2020.

In additon (usually well-informed) analyst Ming-Chi Kuo believes that the third-generation AirPods will use the same charging case as the AirPods Pro.

Kuo suggests that Apple intends to abandon the older case design in favour of the one used in the Pro model. The two cases are similar in appearance but the Pro case opens along the long side instead of the short one.

What entirely new features could Apple contemplate for the Pros? Well, while we’re still on the subject of water resistance, that IPX4 rating leaves a fair bit of room for improvement.

The RHA TrueConnect and Creative Outlier Air headphones, which are the top two choices in our roundup of the best wireless earbuds, are both rated IPX5; the JBL UA True Wireless Flash buds are rated as a ‘stormproof’ IPX7.

Optical heart rate sensors have always struck us as unnecessary and uncomfortable, but some sporty users swear by them and they are offered by some rival earbuds. This is a long shot but not beyond the realms of possibility – especially if Apple can deliver them in a sleek package.

One tidbit that Apple did confirm at WWDC back in June is the introduction of new features coming to existing AirPods (and Beats) products in the coming weeks and months.

Currently, you have to manually select which device you want your AirPods to connect to. In a forthcoming firmware update AirPods Pro, second-gen AirPods, Powerbeats, Powerbeats Pro and Beats Solo Pro will be able to dynamically switch between device audio sources, based on which one you’re using at a given moment, provided you’re signed in to your iCloud account on said device.

A forthcoming feature currently slated as an AirPods Pro exclusive, spatial audio brings 3D virtual surround-sound to the listening experience. Using the earbuds’ gyroscopes and accelerometers, the wearer will be able to turn their head while the sources of sounds remain in place.

Better yet – when watching on supported iPads, the position of both the tablet and the AirPods Pro are taken into account to ensure the sources of sounds remain accurately positioned.

And on that note, it’s time to wrap up: that’s all the AirPods rumours fit to print.