It’s well known that the graphical fidelity of Halo Infinite was not up to par when it was revealed at last year’s Xbox Games Showcase. With a year-long delay to sort things out, 343 Industries has been busy polishing the Xbox exclusive for a late-2021 release.

As shown in the latest Halo Waypoint blog post, the delay is already bringing some gorgeous visuals to the cross-gen first-person shooter.

“Following the Campaign demo last July, the team has been continuously iterating on outstanding graphics and lighting work to deliver a more immersive experience,” said graphics producer Alex Le Boulicaut. “This additional level of polish required the coordination of multiple disciplines, such as: Graphics, Lighting, Environments, Characters, Sandbox, and more. This team effort is finally coming together, and we are very excited to share some of the results with our community today!”

Multiple screenshots have been released focusing on the world of Halo Infinite and its return to form. New Forerunner structures are revealed that highlight a return to the brutalist structures of the original trilogy instead of the noisy super sci-fi aesthetic of Halo 4 and Halo 5. 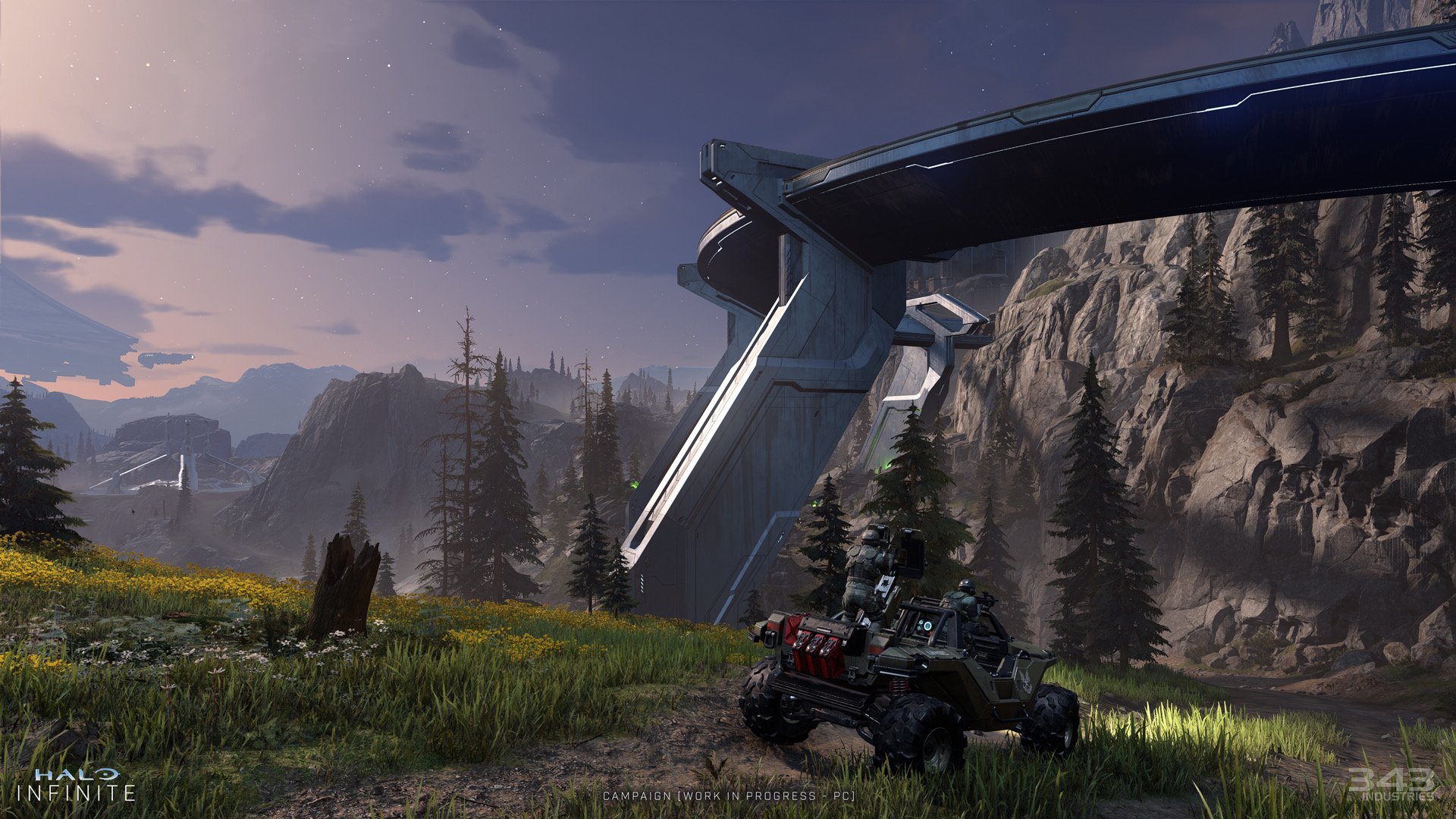 With Infinite moving towards an open world environment, 343 has included an image that shows one location throughout multiple times of day. From the crack of dawn to a detailed starry night, this image shows off the dynamic time of day system that’ll be key to Infinite’s campaign. 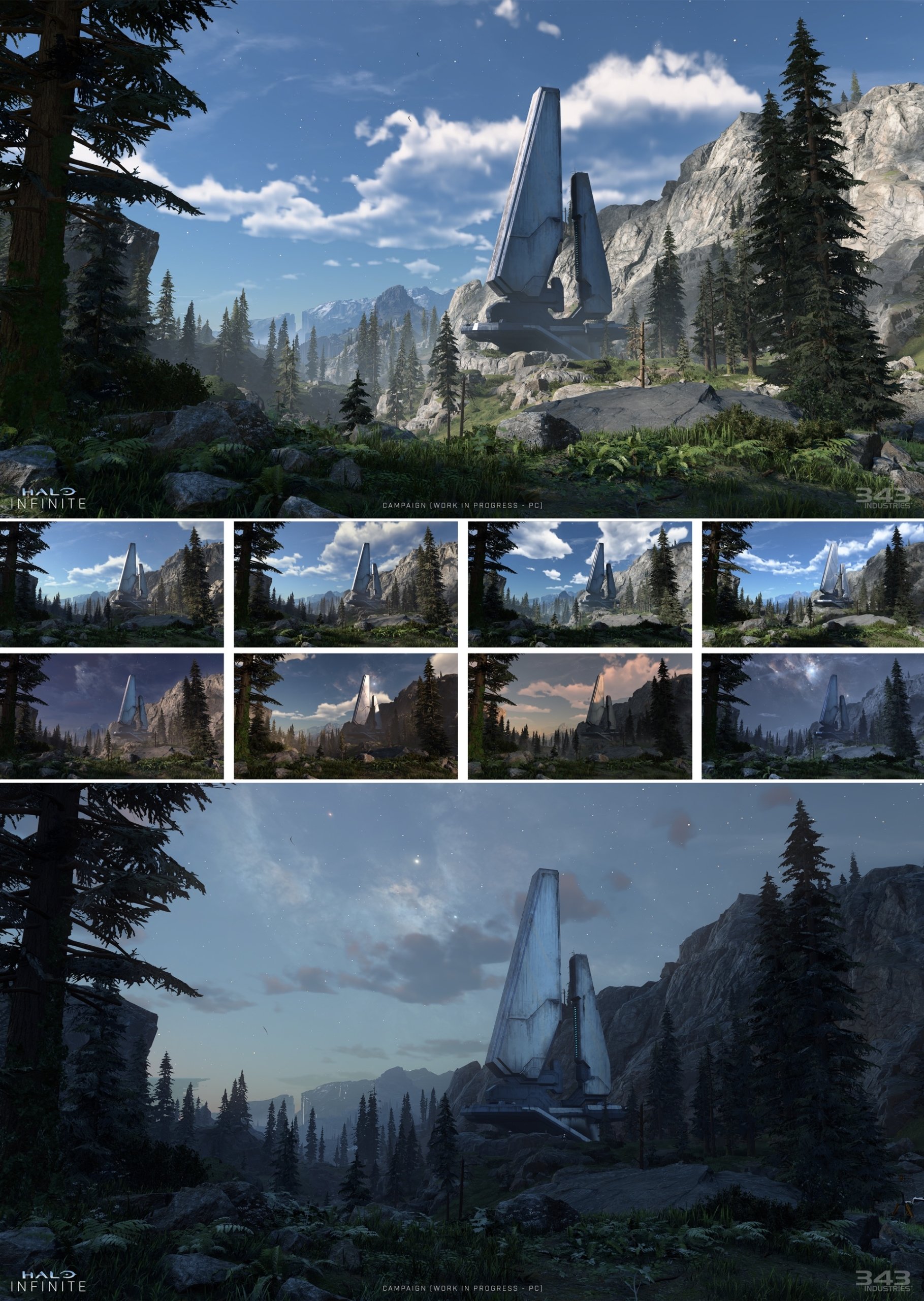 For those hoping for some morsels of story information, there is what appears to be an in-game audio log that features a conversation between Master Chief and Cortana/Spartan creator Dr Halsey. Check a look.