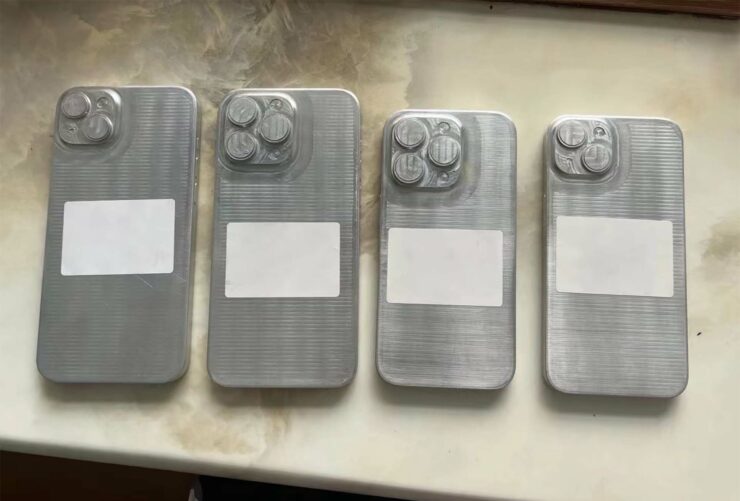 Apple has stuck with four iPhone models as part of its flagship launch for two generations now, and new molds showing the iPhone 14 series reveal the company will not change how many devices it unveils this year. It will, however, switch its stance on what kind of iPhone customers should save up for, as you will soon find out.

An image originating from Weibo and uploaded by ‘Quick Review Lab’ shows four iPhone 14 molds without the ‘mini’ version. Apple has been reported previously to cancel the iPhone 14 mini, likely due to poor sales, and replace it with a much larger version, dubbed the iPhone 14 Max. Since consumers display a strong affinity toward larger-screen smartphones due to their inherent benefits, Apple wants to sell as many as it can in a calendar year.

The iPhone 14 Max mold is larger than the regular iPhone 14 and shows the exact dual-camera cutout at the back. According to the text written on the stickers in the image below, it will have a 6.7-inch display, the same as the iPhone 14 Pro Max, which means a larger battery and potentially higher resolution will be on the cards. As for the ‘Pro’ versions, the molds show significantly bigger cameras than the non-Pro versions, as Apple aims to double down on revenue generation by giving the more expensive models exclusivity on some features. 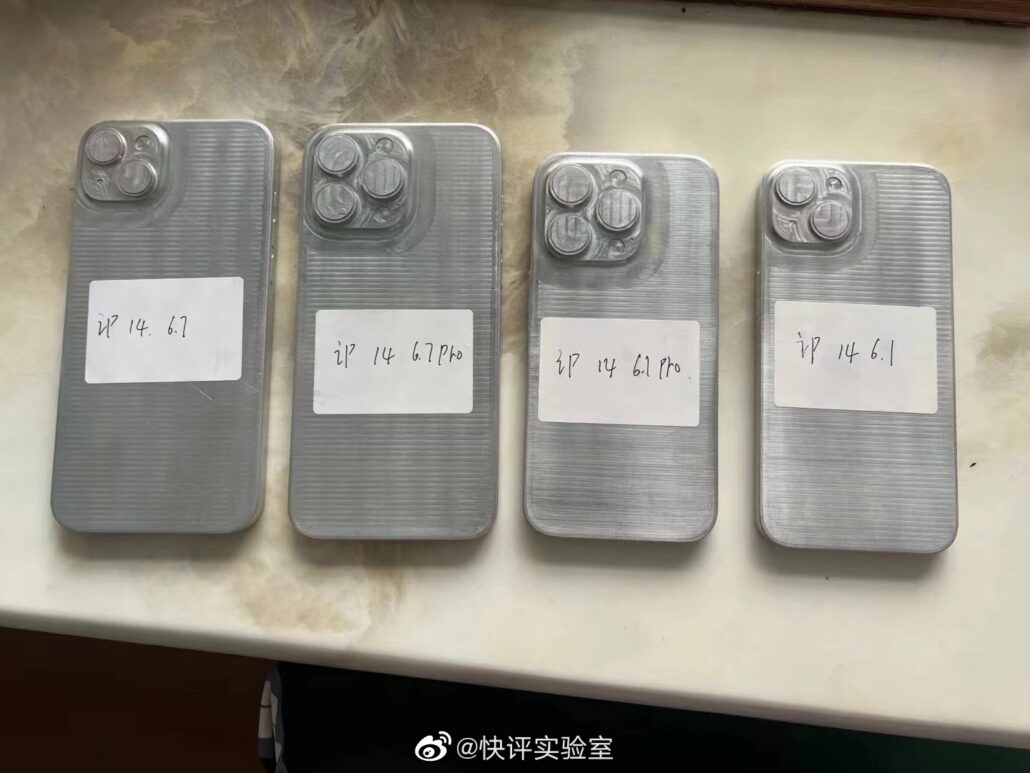 The bigger camera bump could likely be due to the 48MP camera upgrade, with previously leaked schematics also showing the same change, resulting in increased thickness. This camera upgrade could also give the iPhone 14 Pro and iPhone 14 Pro Max 8K video recording support, which would necessitate the requirements for higher storage, which Apple reportedly plans on doing as well.

Other specifications and features will be known as we move closer to Apple’s iPhone 14 launch later in the year, so stay tuned for more updates and let us know what you think about these molds.

The post New iPhone 14 Molds Do Not Include ‘mini’ Version, but Show Larger Dual-Rear-Camera Model, Presumably the iPhone 14 Max appeared first on Wccftech.