Durability has been a major concern for foldable devices, with the original Samsung Galaxy Fold setting a bad precedent with an easily damaged screen.

It appears in its third generation Samsung is intent to make this a bad memory of the past, with a variety of trademarks filed all around the world for coatings, layer and phone frames which are “armoured”. 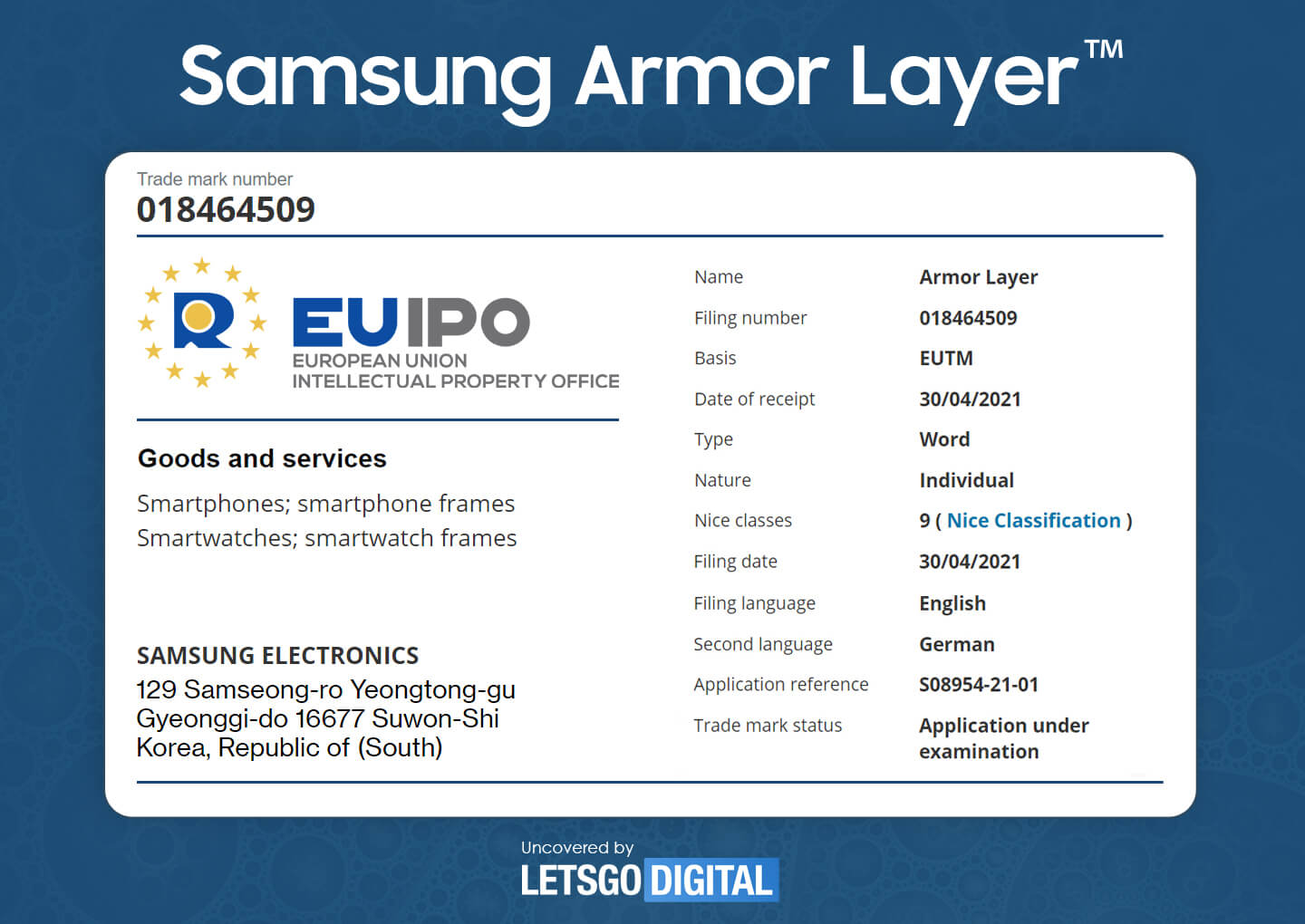 One is Armor Frame, which specifically applies to phone frames. There would presumably be scratch resistant.

Then there is Pro-Shield, which applies to phones and smartwatches, and sounds like a protective layer, similar to Apple’s Ceramic Shield.

Samsung also applied for a trademark for Armor Skin and Armor Layer, the latter which we assume apply to a protective layer on folding screens which would allow the usage of Samsung’s S-Pen.

LetsGoDigital notes that Samsung has already released its conventional flagships this year and that there is no Galaxy Note this year, so these trademarks are most likely to apply to Samsung’s upcoming foldable devices coming later this year.