Microsoft released this week’s Windows 11 Insider Preview today, bringing the build number to 22000.100. There’s not a whole lot that’s new. Indeed, one of the key features that was missing – Teams integration – arrived for Insiders earlier this week. That didn’t even require an update to get it. Note that Microsoft is doing its usual A/B testing, so even though you opted for the Dev channel, you might not see it. 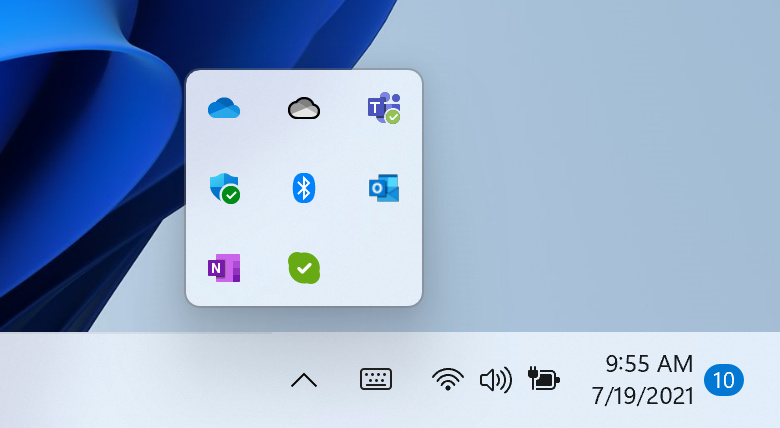 As for what’s new in this particular Windows 11 preview, it’s mostly UX tweaks. If you hit the hidden icon button in the taskbar, the flyout now has rounded corners, matching the rest of the Windows 11 design. Microsoft noted that if the flyout doesn’t look like it should, try toggling between two themes. The other notable change is that you’re now going to see Focus Assist settings in the Notification Center. In other words, you can now go to your notifications to shut them off. 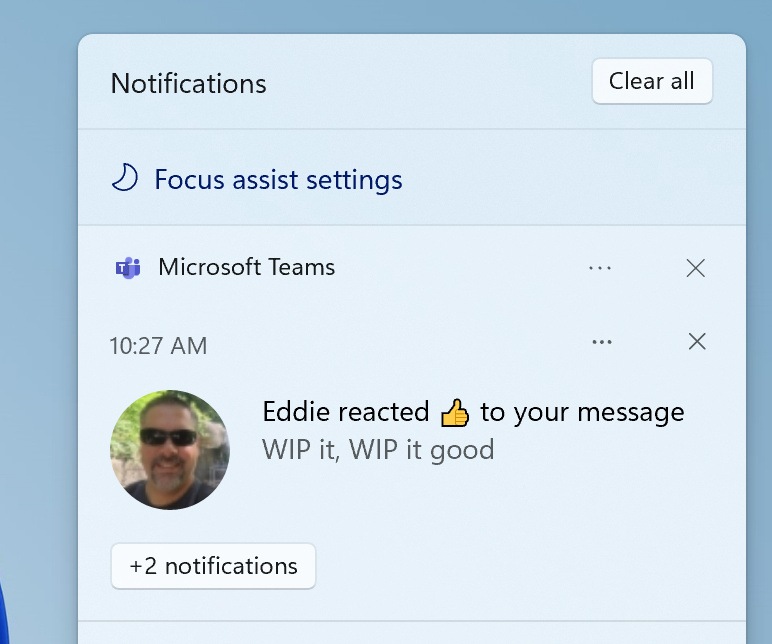 Those are probably the most noticeable changes. Of course, there are more. When a background activity needs attention, it’s going to be a bit more subtle. In Windows 10, it turns orange. In the new Windows 11 preview, Microsoft says that it’s a subtle flashing and then it will turn slightly red; it’s meant to be more calming.

The Touch Keyboard icon has been adjusted. It’s more consistent with other icons. The calendar flyout can now be collapsed, making room for more notifications in the Notification Center. Finally, Microsoft said that it’s adding some new animations to the Microsoft Store; however, that’s an app update and it’s not specific to this build.

As always, there are also a bunch of fixes and known issues in this Windows 11 preview. Here’s what’s fixed:

If you’re on the Dev channel, you can get today’s Windows 11 preview through Windows Update. If not, you can go to Settings -> Update & security -> Windows Insider Program to get started, although you’ll need to make sure you have a compatible PC.

Later this month, Windows 11 previews are still slated to arrive in the Beta channel. Around that time, Microsoft will also likely release an ISO image for clean installations of the OS.