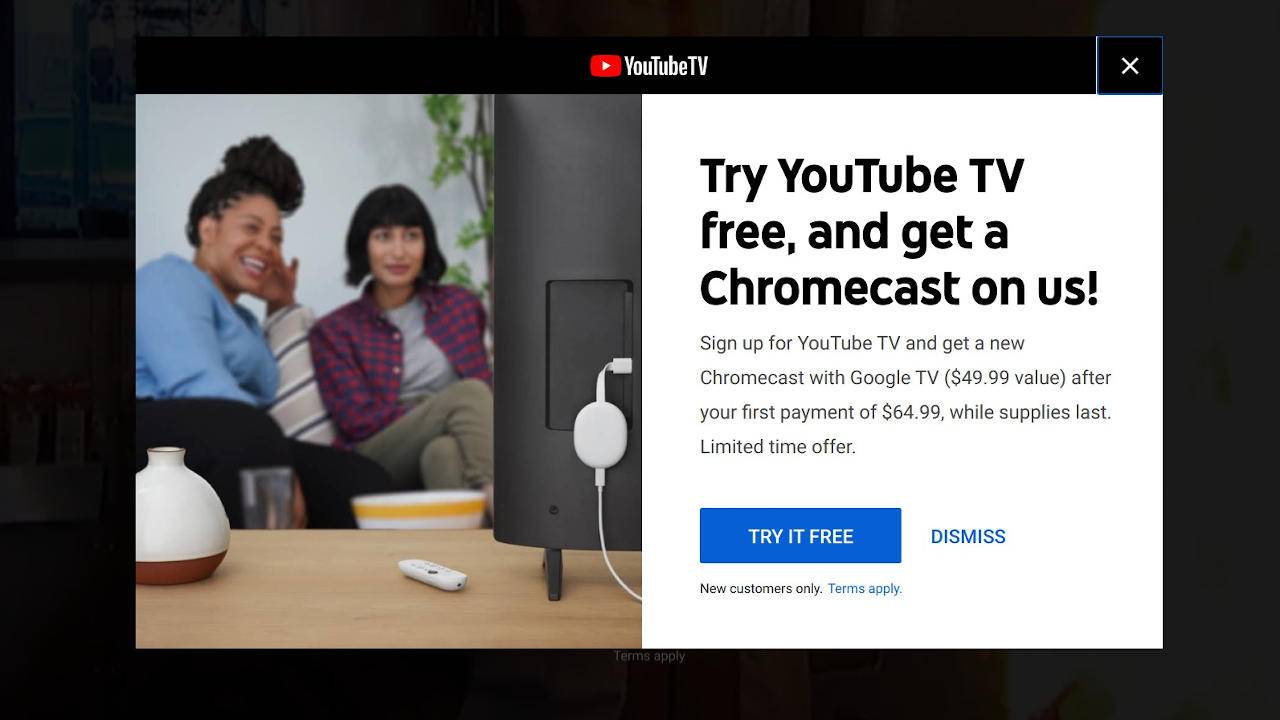 Google did more than just announce a new Chromecast this week. It also muddled once again its narrative for one of its most confusing ecosystems next to messaging: entertainment. Both a platform on its own and a custom experience on top of Android TV, Google TV brings another name and brand to Google’s already messy products and services lineup which is bound to become even more confusing soon. But as if to show that everything is really connected, Google is now offering a free Chromecast with Google TV for those signing up for a new YouTube TV account.

The promo is simple enough to follow really. Any new YouTube TV subscriber is eligible to get a free new “Sabrina” Chromecast but only if they pay for that subscription between October 15 and December 31 this year. The offer is also available only in the US, unsurprisingly.

What the promo won’t tell you outright is that the YouTube TV subscription costs $64.99 for at least one month. The Chromecast with Google TV, on the other hand, is only $49.99. Even if you cancel your subscription after one month, you’ll still be paying for more. Then again, you don’t get YouTube TV for free on the Chromecast anyway so it’s a bundle you’ll want to consider if you’re interested in both.

The Chromecast with Google TV is really more like Android TV in a dongle. Unlike any other Chromecast, it has a complete operating system that happens to have a brand new interface exclusive to it, just like Pixel phones have exclusive Google customizations.

But while the Chromecast with Google TV has all of Android TV’s capabilities, it also has its weaknesses. Specifically, unlike the Chromecast Ultra, this new soap-like dongle can’t be used for Stadia game streaming just yet. Ironically, it can be used for Xbox Game Pass Streaming, a.k.a. Project xCloud, with a bit of work.