In our Nintendo Switch Pro Controller review, we’re going to tell you why you should probably own several of these bad boys if you don’t already. We’ll also tell you the very few reasons why you might not dig it.

Nintendo Switch Pro controller review: What is it? 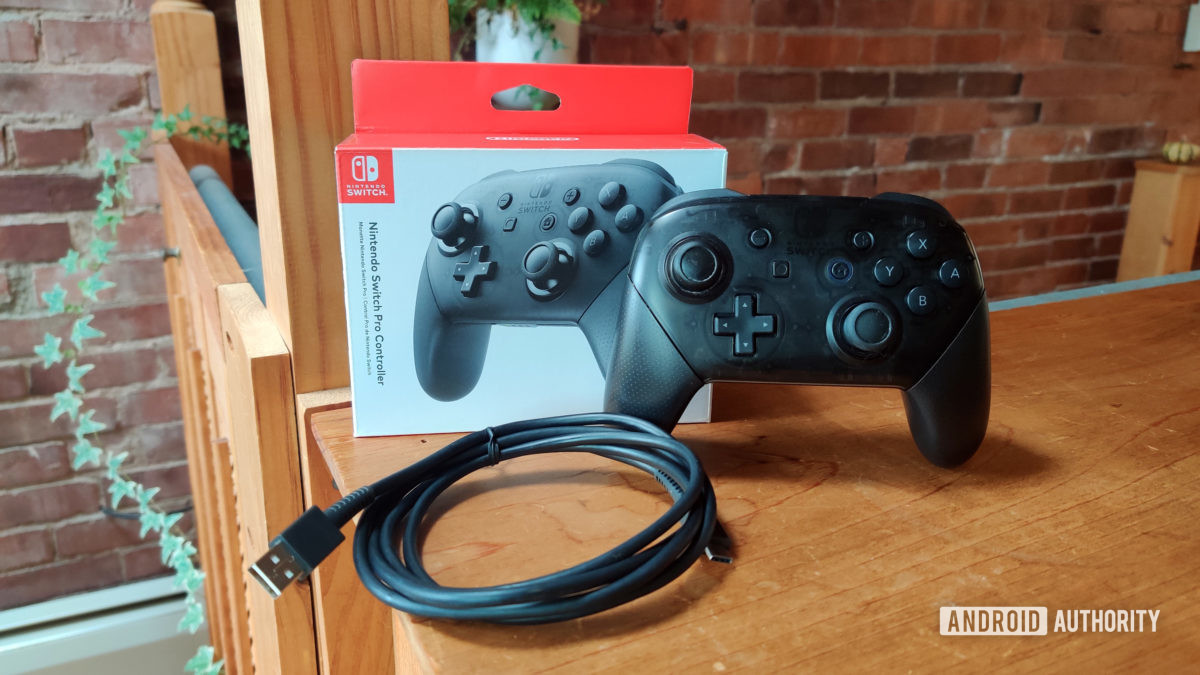 However, just because you don’t need a Switch Pro Controller doesn’t mean you shouldn’t want one. Although the Nintendo Switch Joy-Con are innovative and interesting, they are quite cramped for long play sessions. Not only that, but their battery life isn’t the greatest due to how small and thin they are.

The Switch Pro Controller solves all of those problems. It gives you a modern, full-sized controller experience. It has amazing ergonomics, long battery life, and all the features you need to get the most out of your games.

However, Nintendo refined the Xbox One design mixing it with the Nintendo Wii U Pro controller it designed years earlier. What you get is one of the best-feeling controllers I’ve ever used. It fits so nicely in the hand and isn’t too heavy or too light. The textured grip and textured buttons make every hit precise and satisfying. Nearly every detail of this controller is on-point. 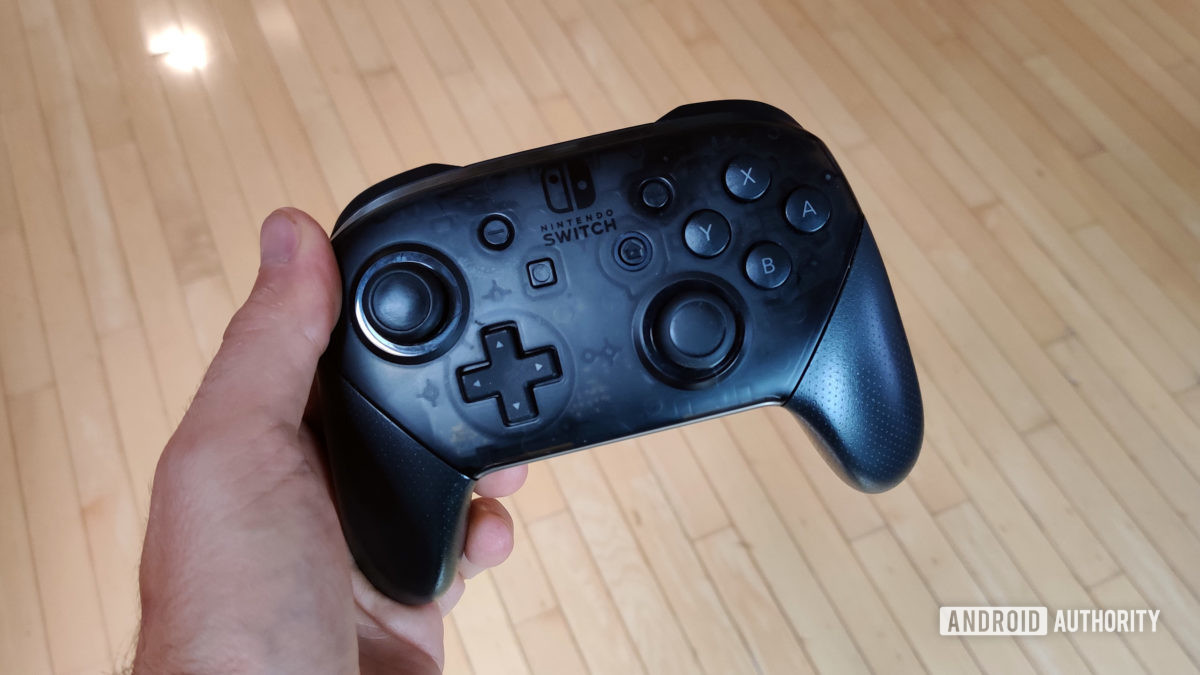 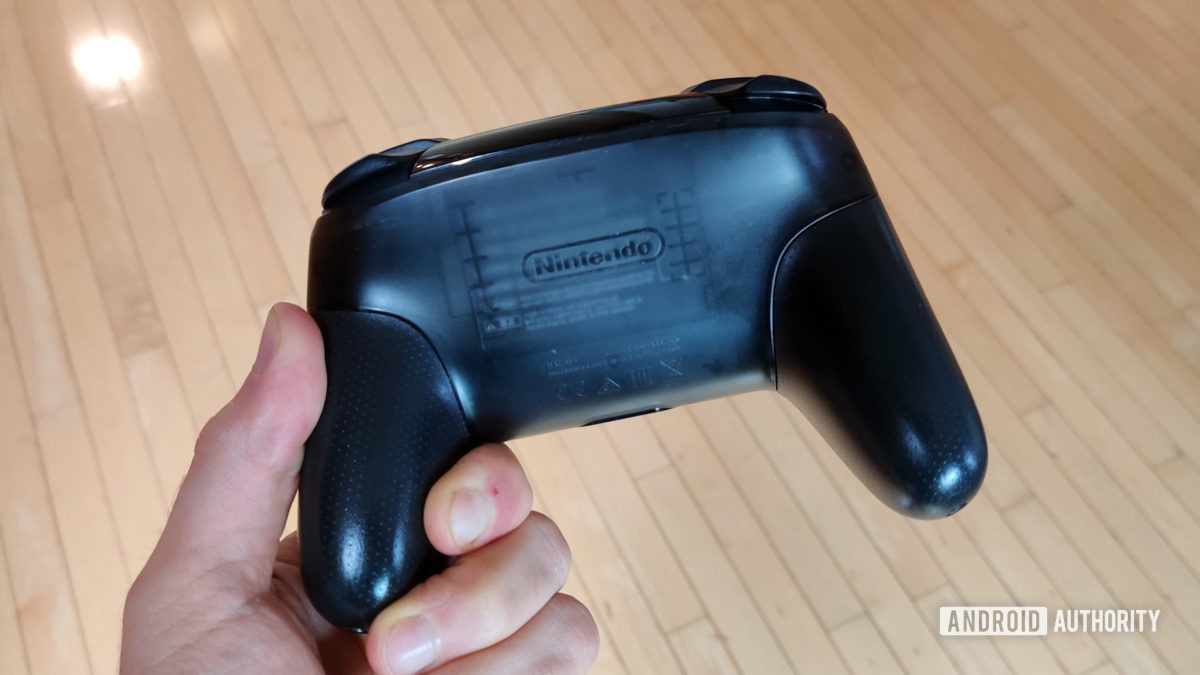 Since this is a first-party device, it integrates flawlessly with the Nintendo Switch. It pairs easily, supports HD rumble, and Amiibo NFC. Its buttons can be remapped within the Switch’s settings and it’s supported by nearly every Switch title (there are some notable exceptions, such as Super Mario Party and any other game that relies on Joy-Con).

Battery life is superb as well, with close to 40 hours of playtime before it needs a charge. Speaking of charging, the built-in lithium-ion battery supports USB-C and can be charged with any USB-C cable you have. There’s even a high-quality USB-C to USB-A cable in the box (~5ft long) that doubles as a way to play your games in a wired state.

Frankly, there’s so much good stuff about this controller that it’s tricky to find any complaints. There are two, though, which is what the next section will focus on. 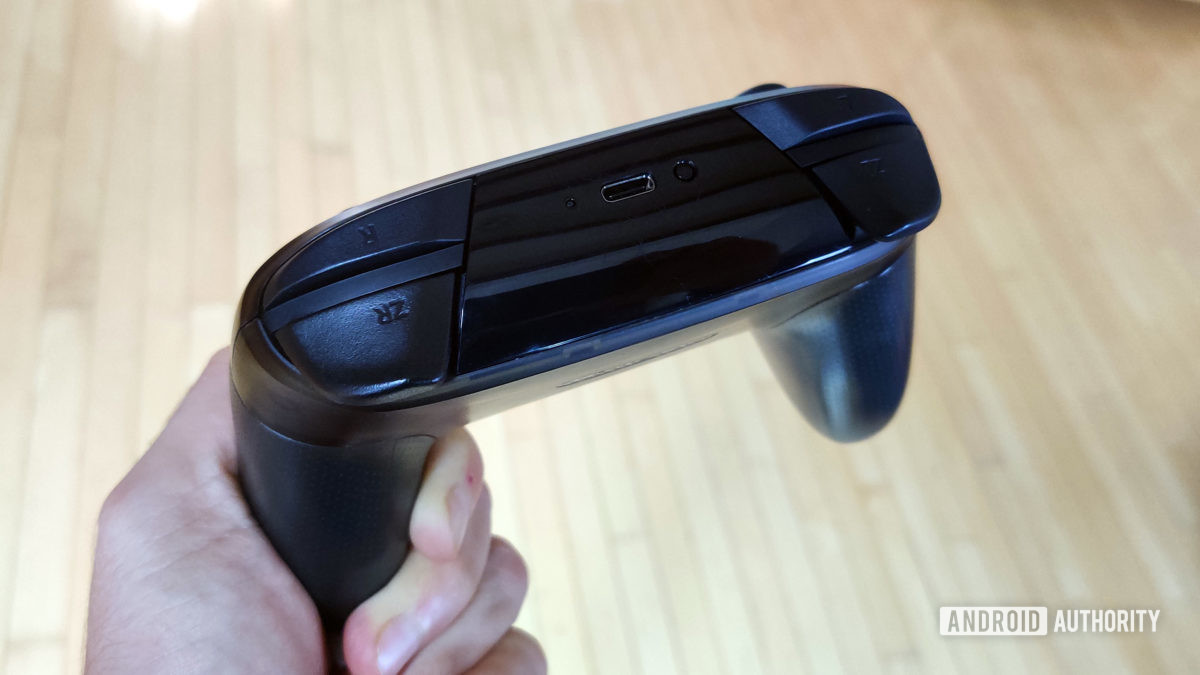 There are two things about the Nintendo Switch Pro Controller that aren’t awesome.

The first thing that is a bit annoying is the Bluetooth pairing button on the back. It lives right next to the USB-C port and is recessed into the body to make it difficult to accidentally press. I know why Nintendo did this: it wanted to prevent users from accidentally putting the controller into pairing mode during gameplay. However, it didn’t need to take things so far. If you actually intend to use the Bluetooth pairing function, you need a paperclip or other tool to hit the button. Unless you have long fingernails, you’re going to have a tough time with Bluetooth pairing, so keep that in mind if you intend to do that often.

The second thing about the Nintendo Switch Pro Controller that isn’t awesome is the lack of IR support. In the end, though, this isn’t that big of a deal because most games that use IR will also require you to use Joy-Con. Since Joy-Con come with your Nintendo Switch anyway, it’s not like you won’t be able to enjoy those games.

Nintendo Switch Pro controller review: Should I buy it? 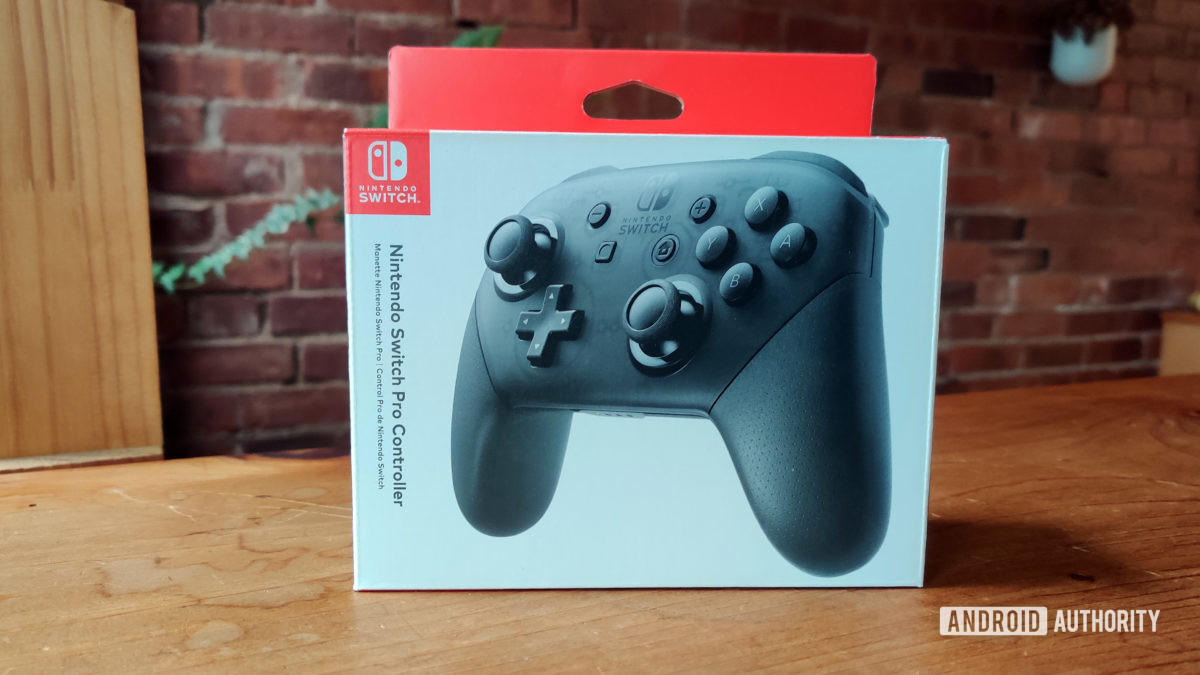 If you own a Nintendo Switch and are using your Joy-Con in the grip accessory as a controller, you are living life all wrong. While that setup will get the job done, your hands and wrists (not to mention your game scores) will be so thankful to you if you use a Nintendo Switch Pro Controller instead.

If you own a Nintendo Switch Lite and find yourself getting cramps from holding the whole system for hours straight, you also should invest in a Switch Pro Controller (and a solid stand, too).

Even if you don’t own a Switch and are just looking for a terrific gaming controller for Windows or your Android phone, this should be on your list.

Now the big caveat: the price. When it originally launched, it was $69.99, which was more expensive than both the Xbox One and PlayStation 4 controllers. Nintendo has since dropped the price by about $11, but this bad boy is still pretty pricey. It’s also in high demand so it can be difficult to find during heavy shopping seasons. Don’t let that stop you though: this controller is worth every penny and worth a little work to get.

The Nintendo Switch Pro Controller is not only the best controller you can get for the Switch, but it’s also one of the best controllers in general. It may cost quite a bit, but its long battery life, terrific ergonomics, and versatility make it an essential part of any serious gamers arsenal.