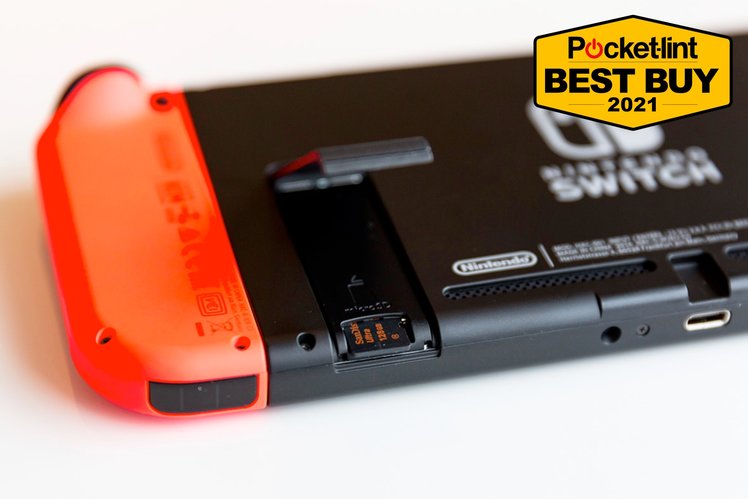 Fortunately both models of the Switch have a microSD card slot for expansion to avoid this being a huge issue.

Furthermore, cartridge games don’t need to be installed on the console, unlike downloaded titles from the Nintendo eShop, which is another way to swerve away from filling up the on-board storage.

Here are some safe bets to ensure your Nintendo Switch has spare storage for dabbling in eShop download land. The 64GB option is a bona fide bargain, but if you want to go all-out there are official Nintendo-endorsed SanDisk options.

Some advice, if you wish to buy outside of those options: check the card speed, but don’t read too deeply into it. See that circle with a number in it? That’s the card class. Class 10 means 10MB/second minimum sustained write speed, Class 6 means 6MB/sec, and so forth.

Often you’ll see an “I” to the bottom corner of a card, too, in numeral style, which represents UHS-I, or ultra-high speed, assuring a decent buffer speed to keep data chugging along. UHS-II (“II” rather than “I” symbol) is a lot faster, but rarely supported – so it’s best avoided on a cost basis here as it’ll bring no benefit. If you see a 3 symbol in a bucket then, again, that’s the higher UHS speed class and not necessary.

A final word of caution: if a deal seems too good to be true, it probably is. A number of tampered cards are available to buy, many of which might say “128GB” on the outside buy be considerably less capacious in reality. Don’t get stung! We advise sticking to well-known brands if you’re not sure.