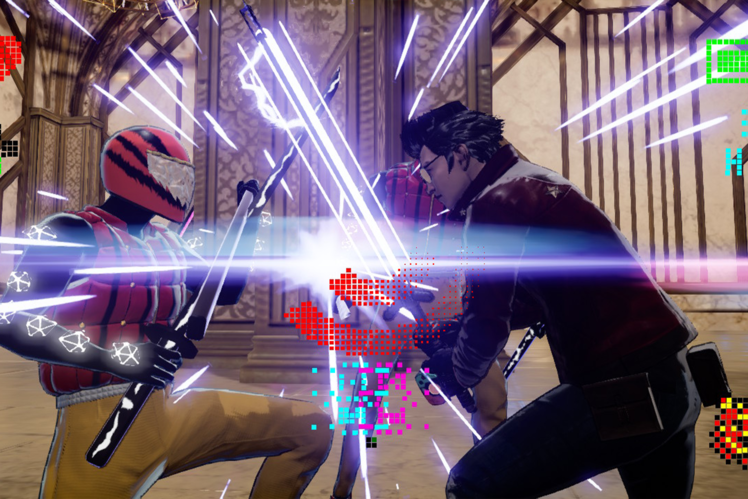 Nostalgia is one hell of a drug, but there’s only so much it can do – sometimes, when a series is revived after years out in the cold, it needs modernising to avoid the risk of being left in the wake of newer, fresher alternatives.

No More Heroes hasn’t been completely absent since the second game came out on the Nintendo Wii, with a couple of side titles keeping things going, but it’s been ages since the last mainline sequel, and the third game in the series is attempting to kickstart things once again on the Nintendo Switch.

Going off the rails

Travis Touchdown’s story so far involved two fairly simple premises: each of the previous main games tasked you with climbing up a ranked leaderboard of fighters, using largely your Lightsaber-like beam katana to dice them up along the way.

However, they managed to fit into that conceit an absolutely dizzying array of characters and micro-twists, many of them lasting only a few minutes before dying gorily, and that’s very much continued in this third instalment. This time we’re going intergalactic, with aliens taking the place of assassins.

Once again, though, you’ve got a leaderboard to climb and a series of boss fights to unlock – all in the name of both saving the world and getting some revenge after a bloody attack. It’s pulpy stuff but, sadly, overladen with cinematics.

You’ll spend most of the first hour of No More Heroes 3 watching cut-scene after cut-scene and yet, bafflingly, may still find yourself short of any sort of grounding in what’s going on unless you remember the older games. Tutorials are relegated largely to text-heavy emails that are easy to miss, too, and it adds up to a frustrating start. 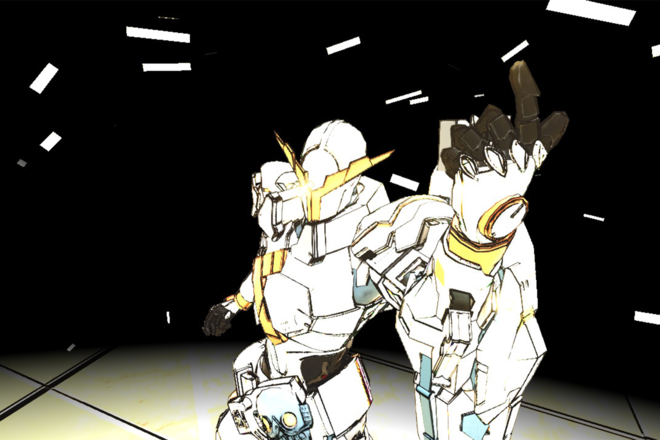 The tone is completely eclectic, as is classic of Suda51, and there are moments in the many story scenes that prompt a scoff or chuckle. More often, though, we found ourselves rolling our eyes and sighing. If you truly loved the tone of the first two main games, there’s more of the same here, but we were hoping for a little more of an evolution.

To that end, Travis is still very much a douchebag, you still very much use the toilet to save, the female characters are still dressed in fetish-adjacent costumes, and the voice acting never veers away from total hokeyness.

If the game’s sensibilities are in line with its prequels, the gameplay feels like a throwback too – and, like the story, there are some issues to be tackled on that front.

No More Heroes 3 plays like a blend of the last two games, in some odd ways. As you fight through the ranks of alien overlords one by one, you’ll have to unlock each fight, in turn, using cash that’s earned playing smaller battles and mind-numbing minigames. 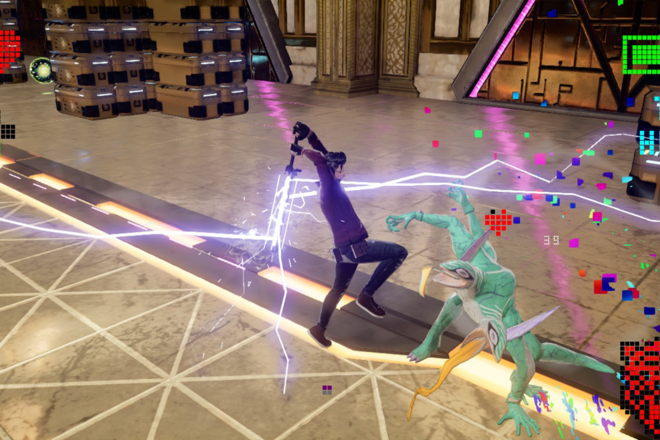 That’s the same as it ever was, but where the second game ditched entry fees to cut down the grind and let you progress way more quickly, they’re now back to ensure you won’t escape without pouring away time on literal lawnmowing chores.

Similarly, No More Heroes 2 ditched the first game’s open-world format to opt for menus that made things quicker. But it’s now the open-world is back – and we haven’t been this unimpressed by a gaming environment in a very long time.

Whether you’re on desert plains or in urban jungles, there’s almost nothing of note going on, no emergent opportunities or incentives for exploration, and it’s all as empty and lifeless as you could imagine. This is a major letdown, compounded by overworld bike driving controls that are unbelievably poor.

Still, when you grind through to the fights, combat at least is satisfyingly punchy once you get your hands on a few upgrades and new moves (confusingly doled out almost all in one go a few hours in, rather than piece by piece). 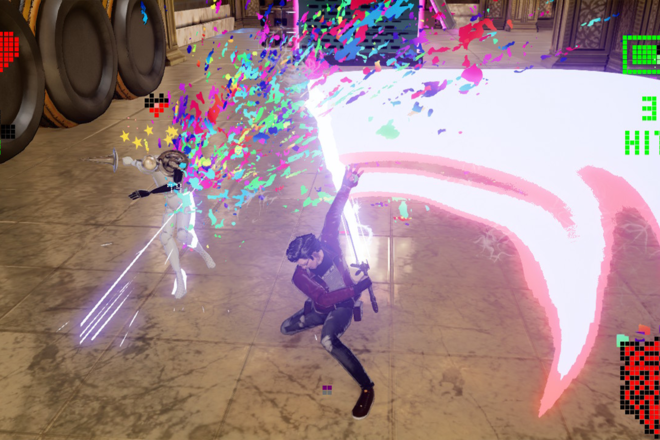 That moments of flow feel few and far between is an indictment of the game’s structure, though, and a frustrating reminder of what made the first couple of games such cult favourites back in the Wii days – actually being allowed to fight a whole bunch. Here, on the Switch, motion controls or button-and-stick options offer equally valid and comfortable ways to play, so you can opt for JoyCons to go even more retro.

Another area that ends up profoundly mixed is the visual side of things. No More Heroes 3 requires a lot of distinction between its design and its fidelity, as they’re at very different levels.

In terms of aesthetic, it’s again more of the same – the heightened, anime-style world might be a little bigger now aliens are involved, but it still looks just as ridiculously camp and quasi-futuristic. There’s a punk-rock feel to many of the earthly locations, while those levels set on space stations are a bit more prosaic and cold. 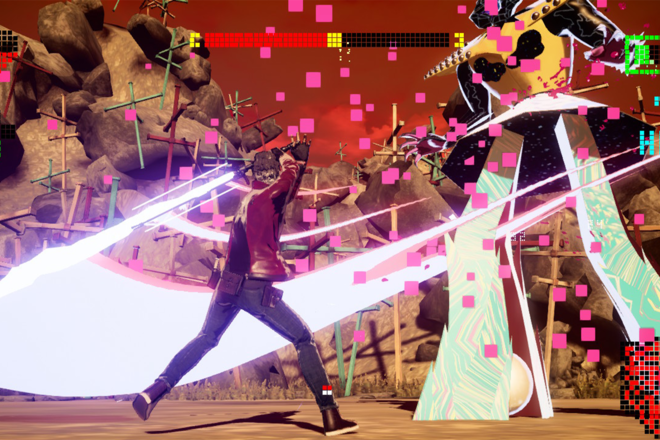 Characters veer from somewhat grounded in their look, like Travis, to utterly ridiculous and occasionally creepy. In particular, multiples of your alien adversaries are almost just collections of geometric shapes floating near each other, which could look cool if it didn’t also seem so half-finished.

However, it’s also worth pointing out that No More Heroes 3 looks dated a lot of the time – in pure graphical terms, rather than based on your taste. It runs at a fairly low resolution in handheld mode, and that isn’t remedied too well when docked.

Environments are universally empty-looking, characters other than Travis frequently lack detail, and it often makes you feel like you’ve slipped backwards in time to a less powerful era.