There are many tools available online which claim to mirror your phone’s screen on your computer’s monitor. Some of these are online service or closed source programs, some are premium software. 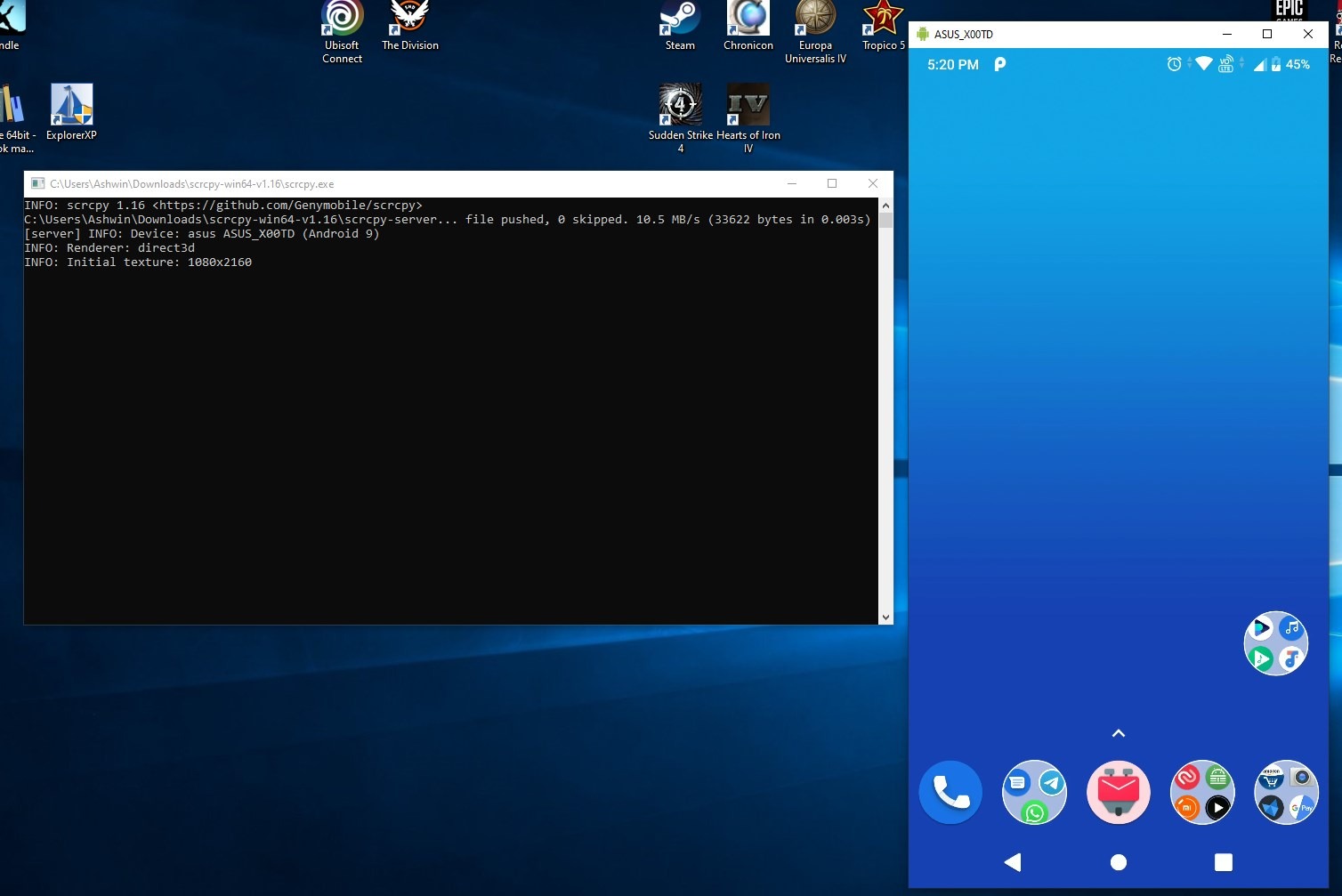 Forget virtual machines, those aren’t easy to set up and can get quite resource intensive.

A friend of mine tinkers with broken phones, and he told me that he uses an open source tool called Scrcpy to recover data from phones with damaged or non-functional displays. The best part? It does not require a rooted phone, the program just passes some ADB commands to the device.

Intrigued by this, I asked him more about it, and came to now that it’s a pretty straightforward application.

Things you will need

There are a few steps you need to do before you can start using Scrcpy. First, you will need to enable USB debugging on the phone. It’s a hidden setting which you will find under the Developer Options. To unlock it, head to your phone’s settings (about phone) and tap on the Android build number 7 times. 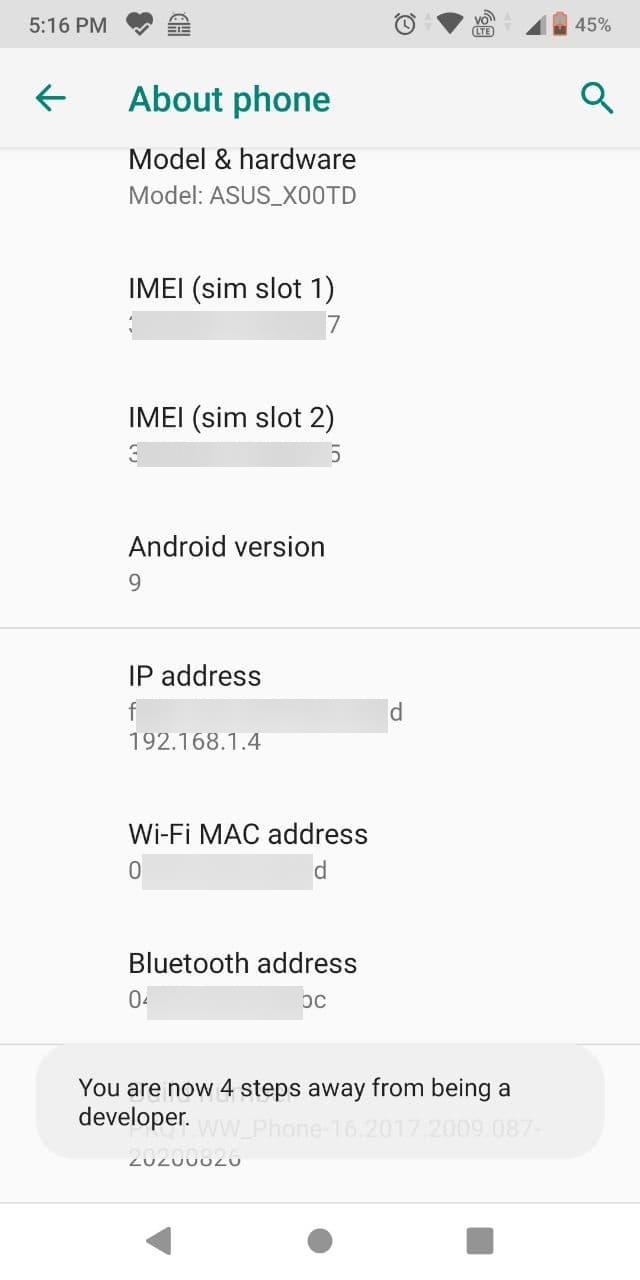 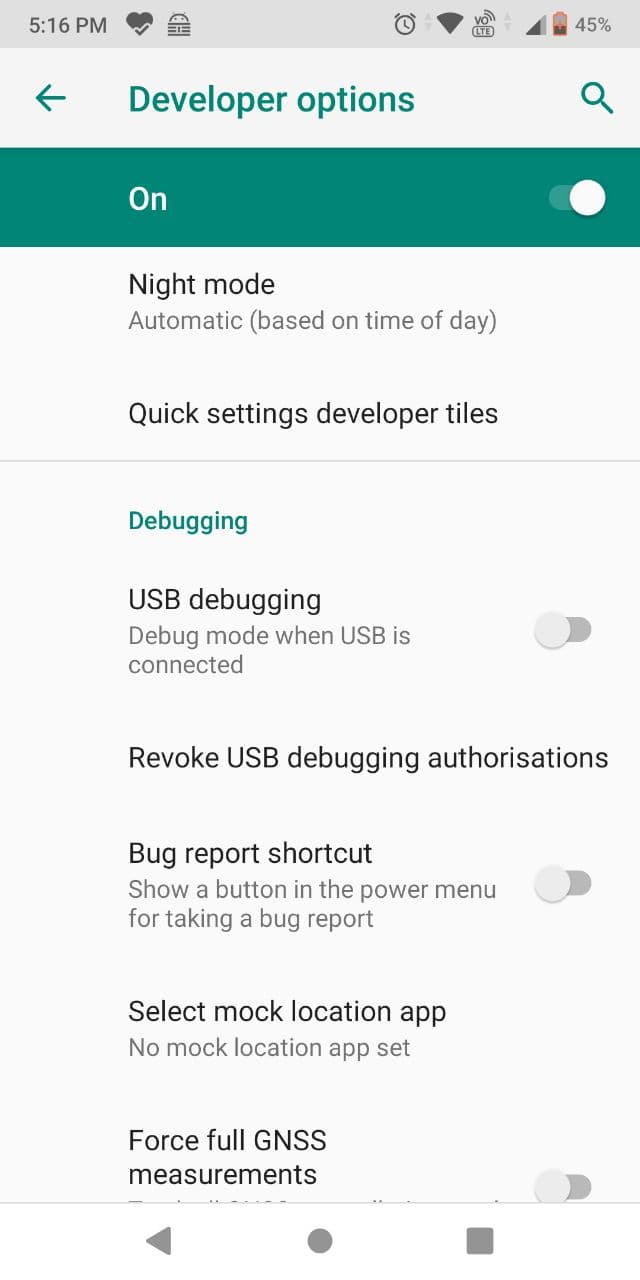 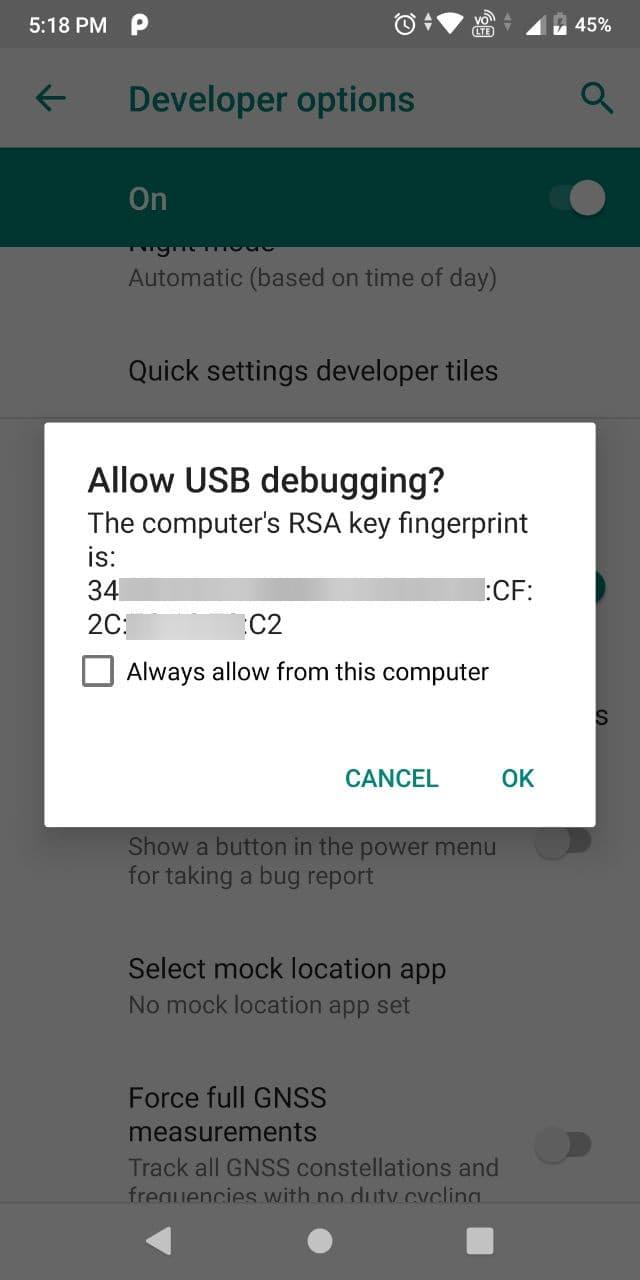 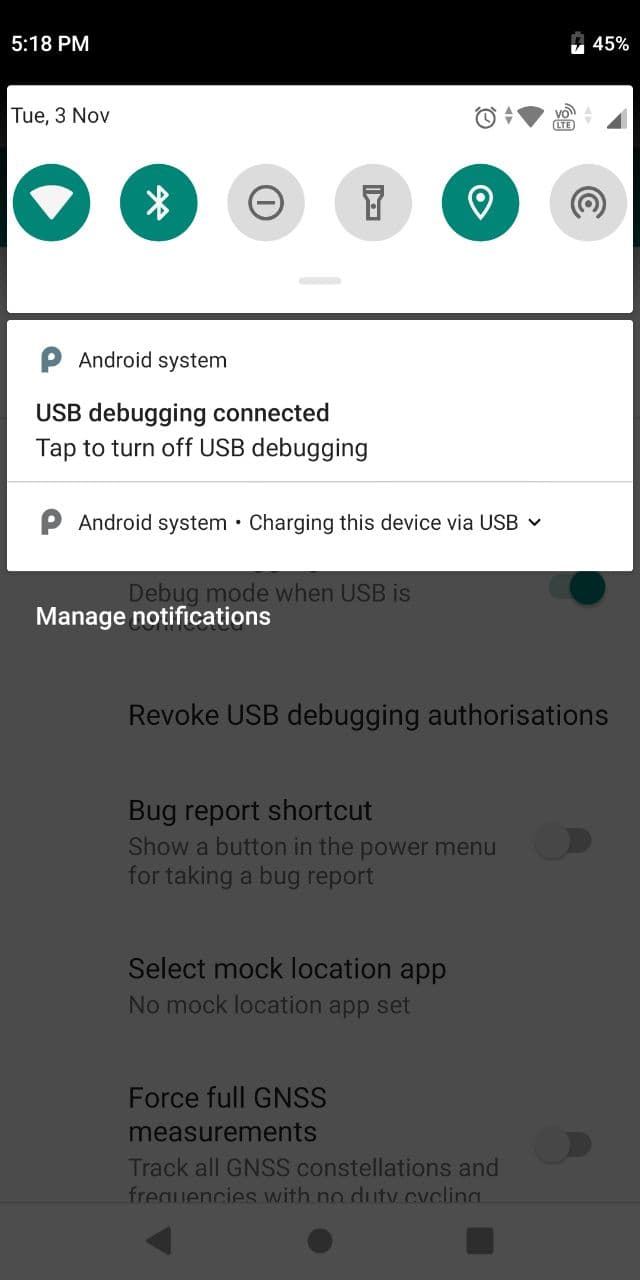 Note: Some phones may require tapping on the firmware version number instead.

You will see a message on the screen that says something like “You’re 4 steps away from becoming a developer”. When 7 taps are done, the message should say “Congratulations, you’re now a developer.” Since this is an advanced setting, you may be prompted to enter your device’s PIN number to allow it.

Go back to the previous page, and you should see a new item called “Developer Options”. Tap on it and scroll down till you see the option “USB Debugging”, and toggle the switch next to it to enable the setting.

Connect your phone to the computer using the USB cable. Your phone should prompt you to allow USB debugging for this computer, tap on the OK button to proceed. If your phone is not detected by your computer, you may not have the USB drivers for it. Download the Android USB Drivers from Google’s website, extract the archive and install the android_winusb.inf file.

How to use Scrcpy 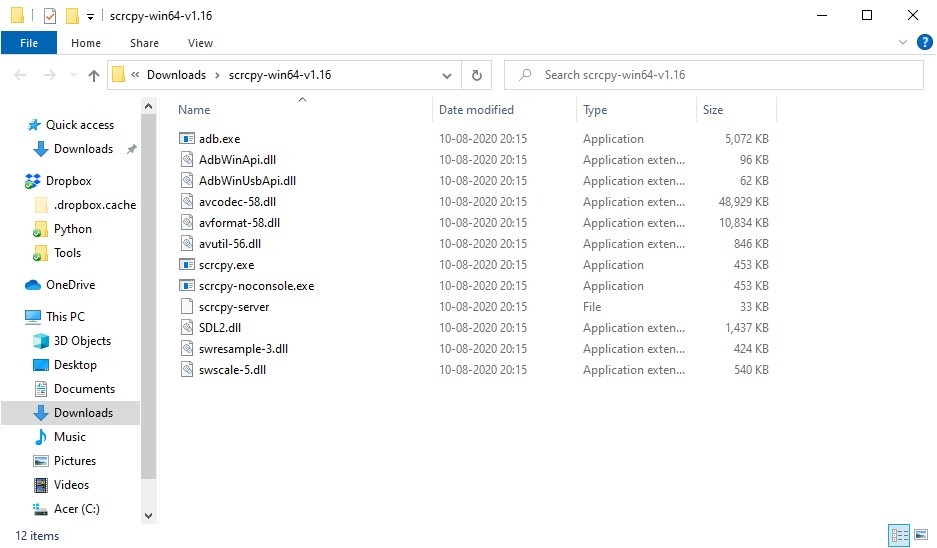 Download and extract the Scrcpy archive to any folder. Double-click on the scrcpy.exe. Two windows should open, one of which is a command prompt which displays the status of the connection, i.e. it shows whether your Android phone is connected or not. You can ignore this screen, but DON’T close it. 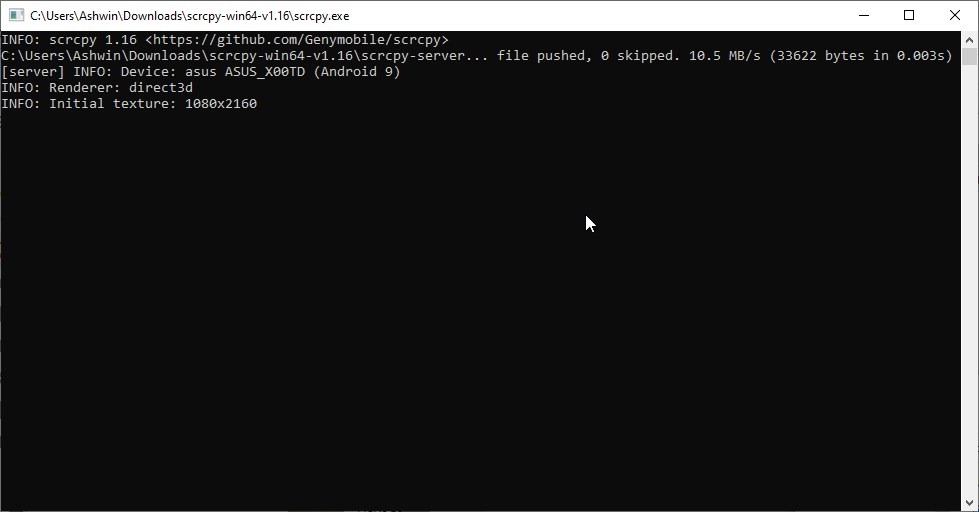 The other screen represents your phone’s display. Try using it, you can use the mouse to click on the buttons, and use the phone. What can you do with it? You may use it for anything you can do on your phone, use your keyboard to type and send messages, emails, listen to music, watch videos, etc.

Close one of the 2 Scrcpy windows to exit the program. That’s it, no complex interfaces to mess around with. 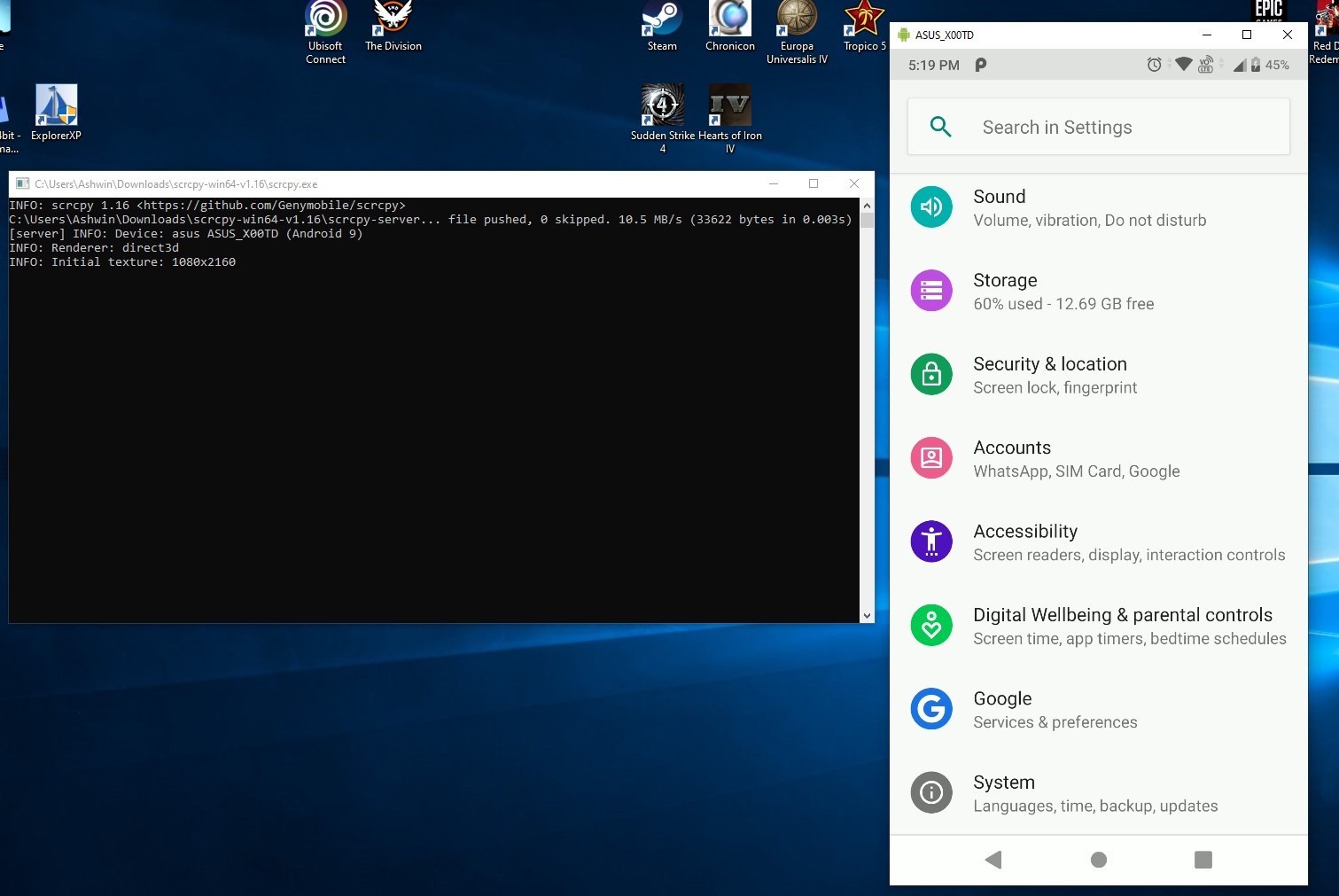 Warning: The 32-bit version of Scrcpy has quite a few detections on Virus Total: 6 to be precise. According to the developer’s comment on GitHub from earlier this year, it appears that it is caused by MinGW and are hence false positives. You can read more about it here. The 64-bit version of the program is squeaky clean.

If you want to use Scrcpy wirelessly, refer to this guide by the developer.

Thank you for being a Ghacks reader. The post [No root required] Control your Android phone from your computer with Scrcpy appeared first on gHacks Technology News.