The Nokia G50 is perfectly competent, but older (and cheaper) handsets narrowly eclipse it

When the Nokia G50 arrived at my door, I was struck by a sense of déjà vu, which is odd, because I haven’t reviewed that many Nokia products over the years. Then I realised what it was: I’d already reviewed the almost identically named Motorola Moto G50 earlier this year, and a very good handset it was, too.
The similarities don’t just end at the name, however. Both devices are powered by the Qualcomm Snapdragon 480, both have 4GB of RAM, both support 5G, both have very clean installations of Android and both cost £200, although the Moto G50 can now be scooped up for a bit less. So does Nokia’s handset do enough to make it worth buying instead? Nokia G50 review: What you need to know

As I mentioned above, the Nokia G50 is a budget 5G smartphone that’s powered by Qualcomm’s Snapdragon 480 – a 2GHz octa-core chipset, also found not just in the Moto G50, but in three other recent Nokia handsets: the X10, X20 and XR20, all of which it undercuts by between £50 and £200. Here, the Nokia G50 is backed by 4GB of RAM, a chunky 5,000mAh battery and 64GB of internal storage, which is expandable by up to 512GB with the right microSD card. The curious-looking circular camera arrangement on the back comprises three lenses: a 48MP main one, augmented by a 5MP ultrawide and a 2MP depth sensor.

The Nokia G50’s main opponent is the similarly named Moto G50, which started life at the same £200 price point, but is now a wee bit cheaper if you shop around. Eclipsing the Moto G50 in my review was the Poco X3 NFC, which offers marginally better performance and a 120Hz screen for £200 as well. There’s also the Poco X3 Pro, which we haven’t reviewed, but offers a bit of a speed boost on the X3 NFC for under £230.
If you’ve got a little more budget, I described the Xiaomi Redmi Note 10 Pro as “mid-range perfection” back in June, and that will set you back £250.

There’s no getting around it: the Nokia G50 is a big boy. A 6.82in screen isn’t for everyone, and it certainly feels bulky in the hand, tipping the scales at 220g, which, to put into perspective, is a touch over 25% weightier than the iPhone 13. But while the thicker bezels and chunky chin make this unmistakably a handset at the budget end of the market, it’s certainly not a bad-looking phone by any means. The bezel around the sides and top of the screen are still thick enough to justify a small curved notch for the front-facing selfie camera, and while the back is clearly not a premium metal, it has a nice two-tone blue sheen to it. The circular camera array at the top feels distinctive as well, and alongside the Nokia logo it’s a bold but clean look that’s hard not to like.
These days, it’s often budget phones that deliver the legacy features we really want, but are omitted on more premium models for design reasons. So it’s pleasing to note that the Nokia G50 has both a 3.5mm headphone jack and support for microSD cards of up to 512GB in size, to complement the 64GB of onboard storage. There is, however, no word on water or dust resistance, which is something to bear in mind if you’re butter-fingered or like to take walks in the rain.

The Nokia G50’s 6.82in display is an IPS LCD number, and it’s perfectly reasonable for how little it costs, while failing to particularly stand out. The resolution of 1,560 x 720 is perhaps pushing it a bit for a screen this large, as it equates to just 252 pixels per inch. It is also stuck at 60Hz in a world where even budget phones are hitting at least 90Hz. In our tests using a colorimeter, we found the Nokia G50 to be a bit lacking in terms of colour accuracy, covering just 81.1% of the sRGB gamut, with a volume of 91.5%. Brightness could also have been better, with the screen reaching 409cd/m² in our test, though the contrast was a very solid 1,344:1.

This isn’t to say that it’s in any way impractical, just that you can do better elsewhere. Motorola’s Moto G50’s 90Hz panel is a similar resolution but it’s slightly smaller, managing 269 pixels per inch. Xiaomi’s Poco X3 NFC fares even better, providing a 6.67in 1080p screen with a boosted 120Hz refresh rate, for 395 pixels per inch. Both are more colour-accurate and a little brighter, too.

The specs of the Nokia G50 are, on paper, nothing we’ve not seen before at this price point. Powered by the 2GHz Qualcomm Snapdragon 480 and backed by 4GB of RAM, the Nokia G50 has exactly the same specs as Motorola’s Moto G50, right down to the appealing offer of 5G connectivity on a budget. As you might imagine, that means performance is almost indistinguishable, but it does at least make the Nokia G50 look like a bargain compared to the company’s X10 and X20 handsets, which use the same chipset but bafflingly go for £250 and £300 respectively.

The only phone in the chart that uses a different chipset with marginally better results is the Poco X3 NFC, albeit without 5G, which could be a drawback if the network is up and running in your neck of the woods.

At a glance, the Nokia G50 seems to punch above its weight when it comes to graphical output, but in a sense this chart is an optical illusion: the reason those red bars are so far ahead for the Nokia G50 and Moto G50 is because they both have 720p screens – the rest run at higher resolutions, and therefore frame rates suffer considerably.
These are equalised with the yellowish bar, and sure enough all the Snapdragon 480-powered phones even out at 41fps. This isn’t bad, but again it’s ever so slightly worse than the frame rate offered by the Poco X3 NFC’s Snapdragon 732 chipset.
All the top phones in this price bracket are united by pretty remarkable stamina, and the Nokia G50’s 5,000mAh battery is no exception, offering a hugely impressive 20 hours and 33 minutes of battery life in our looped video test. Unfortunately, however, this is still around five hours behind the superhuman output of the Motorola Moto G50.

Within the Nokia G50’s slightly unusual circular rear camera array, there are three lenses: a 48MP main camera supported by a 5MP ultrawide lens and a 2MP depth sensor. That all sounds good, and indeed at a glance the pictures in well-lit conditions look decent, if unspectacular. But edited to a tighter crop, you begin to see quite a bit of noise. That doesn’t give you much hope for how it will cope in trickier low-light conditions, but actually, it’s pleasantly surprising. Here’s a picture of Hamilton, a 12-year-old Tuxedo cat, with the lights on: And here he is, slightly annoyed that I’ve flicked the light switch on above his head. There’s plenty of detail maintained between the two, which is quite impressive really. You can still pick out individual fibres on the (slightly mucky) door mat, too. On the front of the phone, there’s an 8MP camera for selfies. I’m pleased to note that Nokia hasn’t gone big on beautification, and the default unbeautified feature is barely any different from portrait mode with all the beauty sliders maxed out.

In terms of video recording, both the front and rear cameras shoot in 1080p only, though the latter lets you choose between 30 and 60fps in a streamlined settings menu. Both have electronic image stablisation to help soften the impact of wobbly hands. Unfortunately, despite this precaution and the resolution, footage is a bit grainy, even in bright light, and the stablisation is far from a silver bullet against hand wobble.

Without the camera array saving the day, it’s hard to say exactly what the Nokia G50 does better than its main rivals. I’d say – purely subjectively, mind you – that it looks a bit smarter than both the Poco X3 NFC and the Moto G50, but that’s probably where the advantages end. With regards to screen tech and camera quality, it falls short slightly, and it’s essentially a dead heat on performance as well. 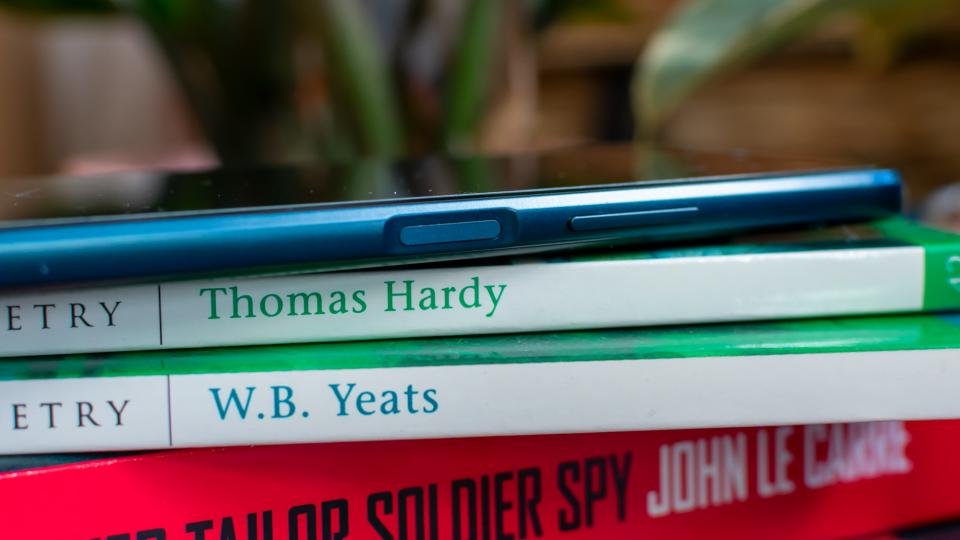 Add to that the fact that the Poco X3 NFC and Moto G50 are a bit older and therefore currently cheaper, and there aren’t many reasons to pick up the Nokia G50 instead, despite not doing much wrong.

If you see it for a decent discount, jump right in – otherwise, get the Poco X3 NFC if you don’t need 5G, or the Moto G50 if you do.