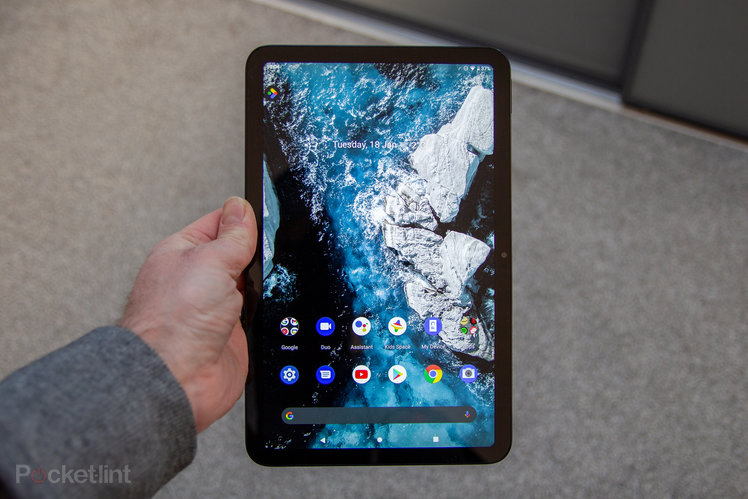 Whatever your experience of the past couple of years, more people have been turning to home working and entertainment, internet services have seen a boom, and people have been looking for more ways to consume more content.

With Android tablets having sloped off at some point in the last five-or-so years – it’s only really been Samsung that remained fully committed – other makers are now seeing opportunities in this market once more.

That’s where the Nokia T20 enters stage left: it’s an affordable tablet that’s looking to give you a larger screen without the huge implication cost of an Apple iPad. Indeed, at this price point, is it a sensible Amazon Fire tablet alternative with a little more to offer?

Nokia, under the guardianship of HMD Global, stuck to the playbook when it came to designing the T20 tablet. There’s aluminium bodywork to lend a premium feel to things around the back of this slate, taking a lead from a number of recent Nokia phones. 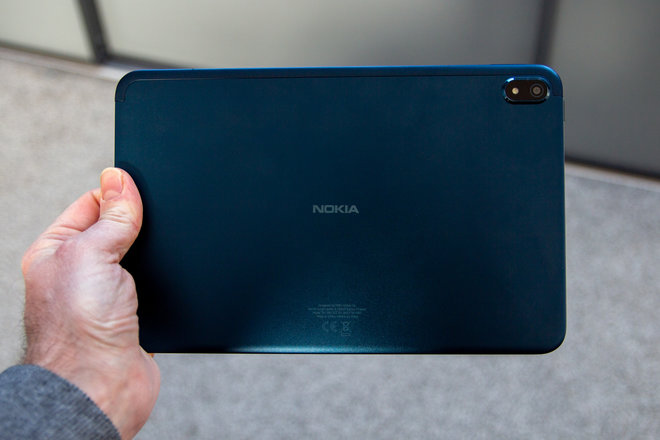 That aluminium wraps around the sides, except for one section around the top which is plastic – common to allow for better reception for Wi-Fi or 4G (there are both versions of the tablet).

There’s a 3.5mm headphone socket on one corner, USB-C for charging and other connectivity, and a tray to take a microSD and/or SIM card (on the 4G version) if you want to add a card for storage expansion.

The tablet comes in one colour only, a blue tone that’s “very Nokia”, while there’s an IP52 rating, meaning that it will withstand dust and the occasional water splash – officially it’s from vertically falling droplets only, so you can’t spray it or dunk it in the bath). Still, that’s a welcome addition to help your tablet last a little longer, even if it’s just from mucky kids. 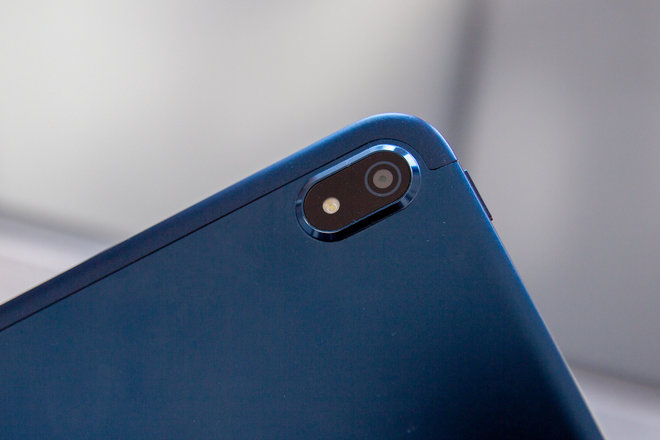 Around the rear of the tablet, Nokia has put the camera in a slight bump, housing both the lens and the LED flash, which means that it doesn’t sit flat when on a surface such as a table, instead wobbling around when you tap on the display. We’ll not dedicate a whole section to the camera, after all this is just a tablet, but suffice to say it’s basic at best.

There are speakers to the left and right of the chassis – that’s assuming you’re holding it in landscape – with the front-facing camera on the long side. However, while the speakers provide some separation, they’re just a little limited in what they offer, lacking the richness that we’ve found on recent Amazon Fire tablets. They could certainly do with richer bass delivery, so take note Nokia.

There’s a 10.4-inch display on the Nokia T20, with a respectable resolution of 2000 x 1200 pixels, making this display technically sharper than the Amazon Fire HD 10.

The downside is that this resolution isn’t widely used, especially in streaming, because this tablet only supports the Widevine L3 standard. This is declared on Nokia’s spec sheet, and what this means is that the DRM (digital rights management) support only allows 480p quality streaming. Eek. That means your streamed content won’t look great. 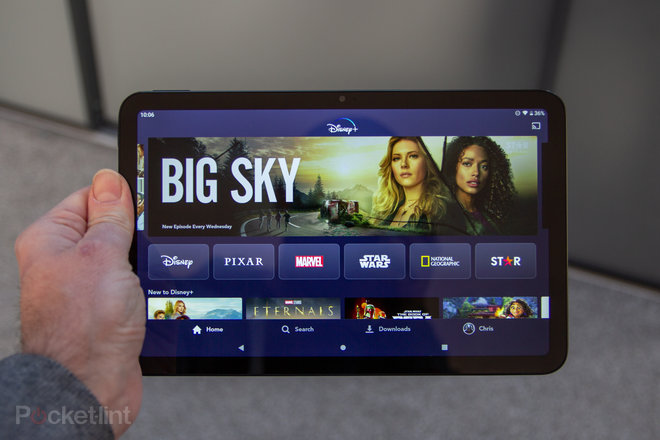 One thing to note is that it has a 5:3 aspect ratio, as opposed to a 16:9 aspect on the Fire HD 10, or the 4:3 aspect of the iPad. Apple’s tablet is slightly squarer, Amazon’s is more like your TV, while Nokia sits in the middle, in a more ‘square’ format.

This is an LCD display, so it’s not as vibrant and punchy as the fancy OLED you might have on your smartphone – and at first glance, you might think the display is a little muted in terms of colour richness.

You might need to manually take control of the brightness, too, as left to its own devices, the T20 tends to be a little dim, crushing dark content into obscurity in low-light conditions. The display is reflective, too, so pushing it brighter is necessary in daylight to cut through those reflections. 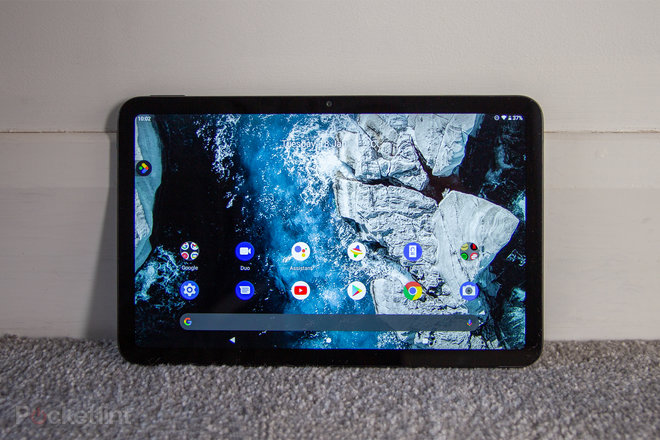 The T20’s bezels are wide enough to keep your hands off the display when gripping the tablet, but it does seem a little odd that it has a decent resolution, but can’t use it for what we suspect most will want it for – watching streaming content.

The Nokia T20 has a Unisoc T610 octo-core SoC (system on chip), although it lacks graphics power. There are options for 3GB RAM and 32GB native storage, or higher-spec 4/64GB version, but regionally what’s on offer may vary depending on where you live in the world.

As we mentioned above, there’s support for microSD, meaning you can expand storage by up to an additional 512GB, which is great for carrying additional movie or music content around with you when there’s no connection – such as while travelling. 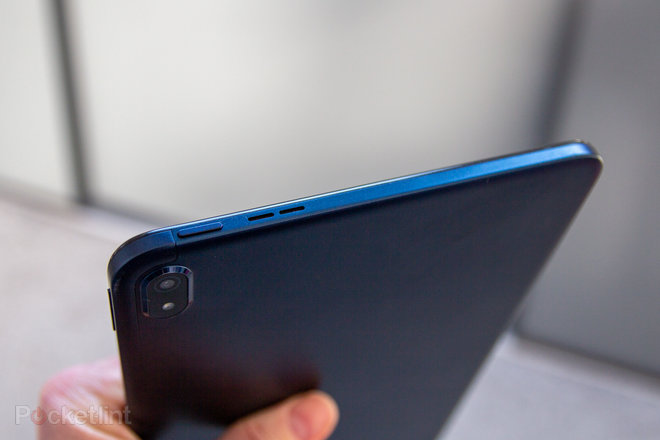 The performance of the Nokia T20 is somewhat mixed. We found that the initial setup was painfully slow. Downloading and installing apps can be slow, too, and it often refused to complete the installation of apps.

This, in part, seems related to the fact that Wi-Fi connectivity was very haphazard during these initial phases of use. The tablet does, occasionally, drop off the Wi-Fi and need prompting to reconnect. This seems to be a problem with the device rather than the Wi-Fi network – as all our other devices were connected fine.

As we sit here writing this, for example, the tablet is reporting that it’s waiting for a network connection to download an update – yet we’ve been streaming video during that time with no problem, so there isn’t actually any network problem, it’s more likely a software one (editor’s note: possibly related to the pre-installed VPN, we’re not able to discern).

Outside of connectivity, we’ve found the Nokia T20 to run pretty well though. The advantage of being an Android tablet (rather than Amazon’s skewed Fire OS on its Fire tablets) is that it has full access to Google’s Play Store, so you’ll find the experience gives you the latest apps and services, rather than those that Amazon wants on its own AppStore. That’s one of the biggest differences to help set it apart.

While this Nokia isn’t the most powerful tablet around, it’s smooth enough in operation and will still play the latest games – just don’t expect to get the best experience from those more demanding apps because there’s not a lot of graphical power – for example, while Call of Duty Mobile will run, it will only give you “low” graphics settings. 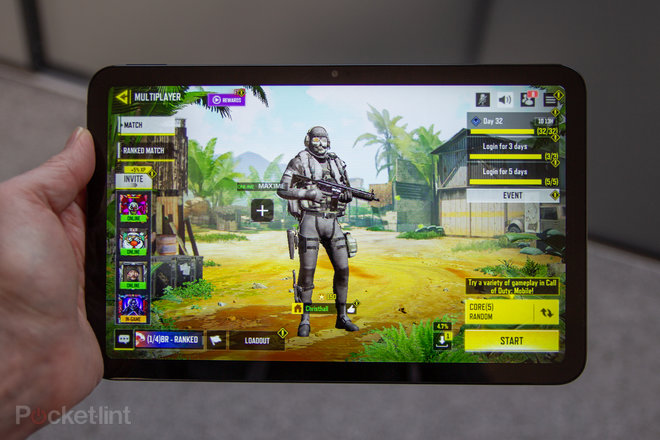 The T20’s battery is a big 8200mAh capacity, but it only supports 15W charging, so a full charge takes quite a long time. That’s not hugely uncommon for a tablet. There’s a 10W charger included in the box, which won’t achieve that fastest 15W rating, but at least you’re not forced to go buy any wall plug – an increasing norm for many electronics products.

Based on our experience, we think you’ll get about 12 hours of use from the Nokia T20 – which very much depends on what you’re doing, how bright you have the display, and so on. That’s about average for a tablet of this scale really.

Generally speaking, the performance of the Nokia T20 is pretty much what you’d expect for a tablet at this price point. Its closest rival, the Amazon Fire HD 10, is slightly different as it runs on Fire OS – and we can’t help feeling that Nokia has a slight advantage because of this. 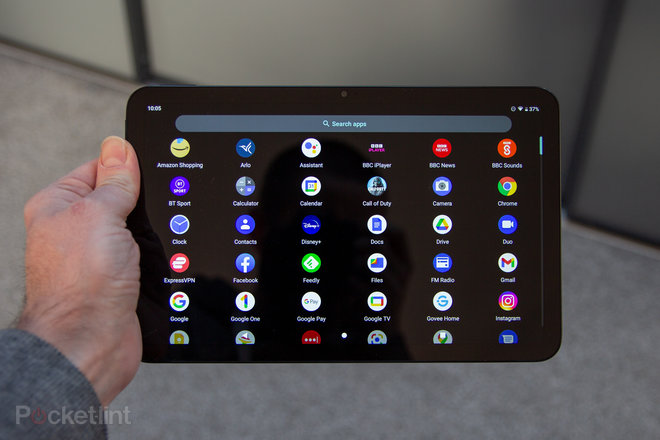 If you’re an Android phone user, there’s parity between the experience on the Nokia T20 and your phone: the apps are the same, the interaction is the same, with Nokia offering an unsullied version of Android.

There’s little in the way of software bloat – as Nokia has been preinstalling an ExpressVPN app on its devices, along with Amazon, Netflix and Spotify – some of which you might want, some you might not.

Of course you can also access Chrome on a bigger screen, along with Google’s productivity apps – Docs, Sheets, and so forth – or Microsoft’s equivalents. 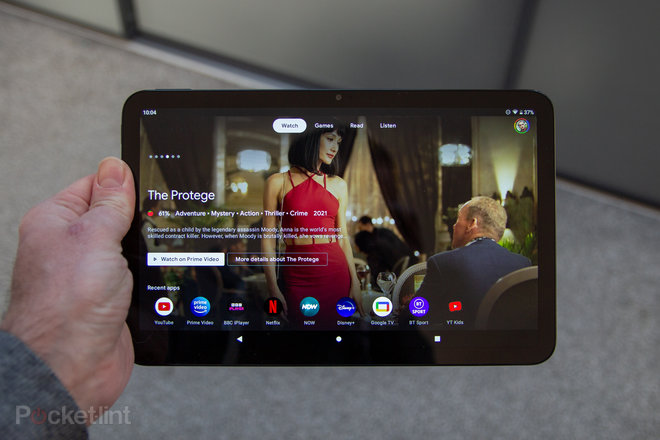 Nokia has also included Google Kid Space on this tablet which allows you to setup a profile for a child to use, which is useful on this sort of tablet.

There’s also a slight change on the home screen from stock Android. Where normally you’d have a Google Discover-based news feed off to one side of your home screen, instead you have access to a content page, with app shortcuts for streaming and suggested content. You can click through tabs for watching, games, reading, and listening, so it’s an easy route to content consumption on a tablet.

Nokia’s message for a long time revolved around being “always up to date” with its devices. That’s been pushed as one of the appeals of having an unskinned version of Android rather than something that’s adapted – as you’ll get from Samsung. 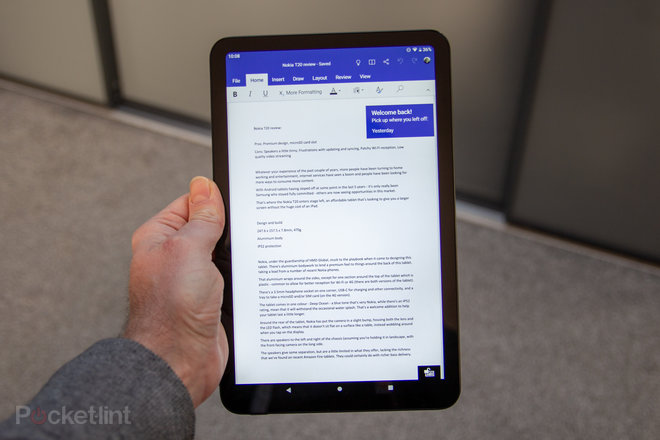 Unfortunately, Nokia hasn’t been the fastest on pushing updates, so this tablet at the time of review is still on Android 11 (not 12, as we would expect). It is, however, in line for two years’ worth of upgrades, which will see OS update support stop at Android 13, likely in 2023. There will be three years of security updates, however.