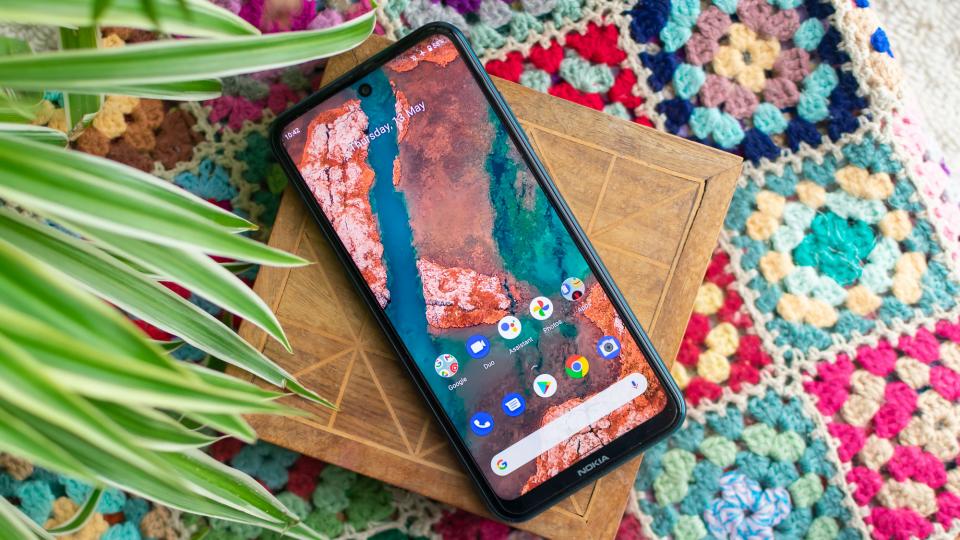 Until only recently, affordable 5G handsets were a bit of a rarity. The vast majority of smartphones were predominantly of the savings-draining flagship variety; phones costing £700 or more.

If your contract is nearing its end, though, there’s now plenty of choice for the budget-savvy buyer. Sure, the UK’s fledgling 5G network might still be a bit lacking when it comes to coverage but low-cost phones like the new Nokia X20 could be an ideal starting point for consumers ready to take their first steps into the ever-expanding world of 5G. 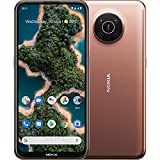 Nokia X20 review: What you need to know

After launching its first 5G phone last year, Nokia once more finds itself in familiar low-cost territory with the Nokia X20. Its modest list of specifications includes a Qualcomm Snapdragon 480, a choice of 6GB or 8GB of RAM, 128GB of expandable storage and a 6.67in 60Hz FHD+ display. It also has a 64MP primary camera, which sits alongside a 5MP ultrawide unit and a pair of 2MP depth and macro sensors. 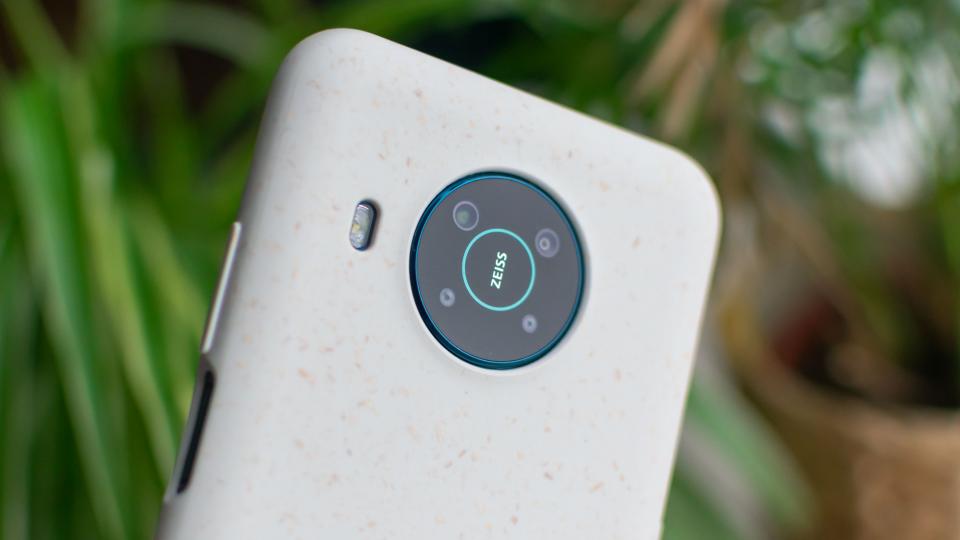 The Nokia X20 comes pre-installed with a stock version of Android 11, with three years of monthly security updates and a three-year extended warranty. There’s no wall charger in the box, but Nokia does include a USB-C charging cable as well as a compostable case which looks a bit like a terrazzo kitchen tile.

Speaking of which, Nokia has also partnered with tree-planting charity Ecologi. Should you buy a Nokia X20, you can register the phone’s IMEI number and Ecologi will plant 20 trees in your name. You’ll even get an email letting you know where these trees are located, and receive regular updates.

Nokia’s second-ever 5G handset is its cheapest yet, coming in at £300 with 6GB of RAM and £320 with 8GB. The latter is exclusive to Nokia’s own online store, and it was the model I was sent for review.

If you do buy through Nokia, you’ll also receive a free 90-day 15GB data plan on Nokia’s new UK mobile network, HMD Mobile. At the time of writing, though, this is only a 4G plan, with 5G connectivity coming at a later date. 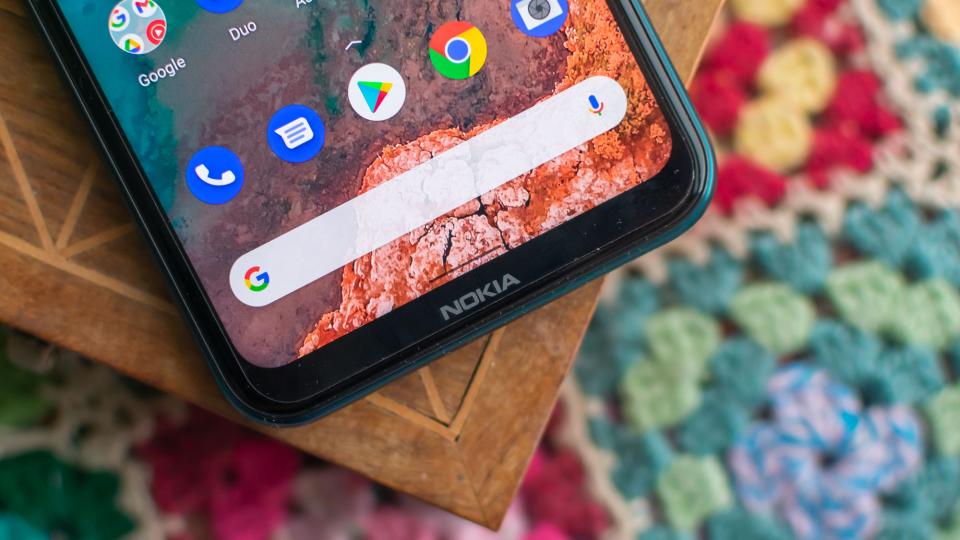 The Nokia X20 doesn’t stand alone when it comes to cutthroat 5G offerings. Xiaomi’s low-cost Redmi Note 9T is currently our value 5G phone of choice and, if you bought one of these, you’ll save £120 (£179) over the Nokia. The still superb Moto G 5G Plus has dropped in price since launch, too, and now goes for £230.

What have we got in terms of design, then? With a choice of either the bronze-tinted “Midnight Sun” or “Mystic Blue” (pictured here), the Nokia X20’s reflective matte finish not only looks the part, but it feels nice in the hand too. Its Zeiss-branded rear quad-cameras are neatly arranged inside a circular housing, sitting next to the phone’s LED flash and above the centrally placed metallic Nokia logo. 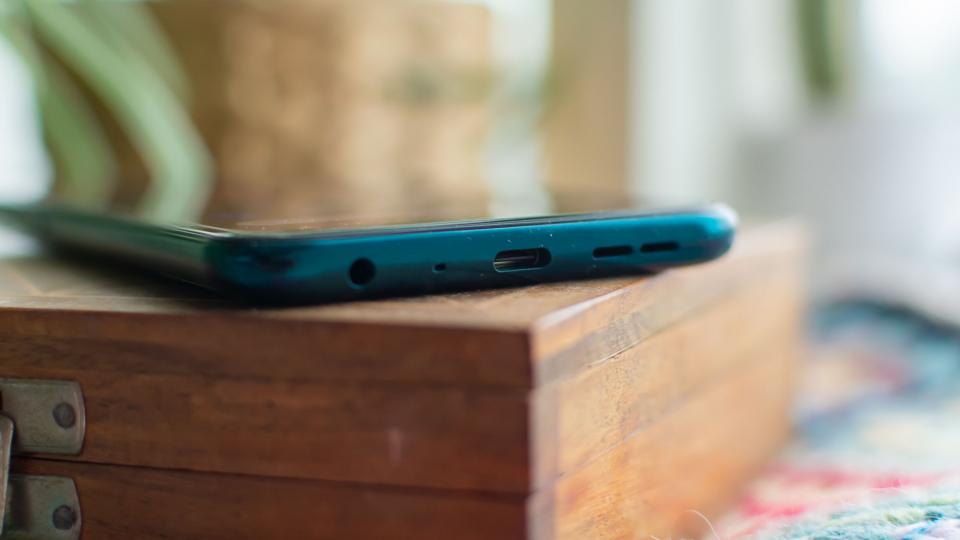 However, the Nokia X20 is a bit of a brute. Tipping the scales at 220g and measuring a chunky 9.1mm thick, it might be a bit of a squeeze if you’ve got tight trouser pockets or a stylishly tiny handbag.

The Nokia X20’s remaining physical attributes are all quite sensible, though. It charges via a USB-C port at the bottom, which sits between the phone’s speaker and 3.5mm audio jack and the right-side-mounted power button doubles as a thumbprint reader. A dedicated Google Assistant key is located on the phone’s left edge, as well as a SIM card tray with extra space for either a second SIM or a microSD card. 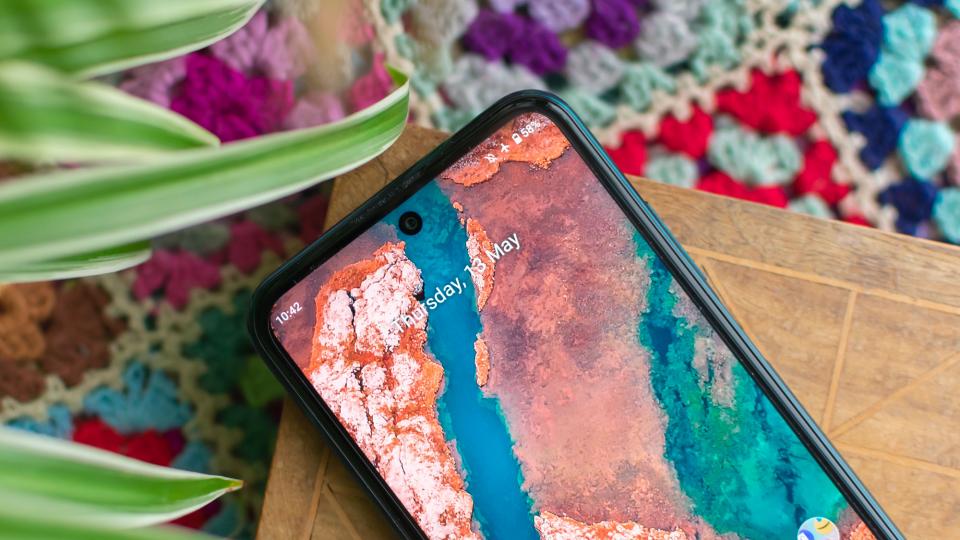 On another damp note, the Nokia X20’s screen is a bit inconsistent when it comes to colour accuracy. With an average Delta E of 3.69 in my tests, the phone’s IPS panel was all over the place, with oversaturated dark blue and green tones, and dull-looking reds.

The good news, however, is that the screen gets plenty bright in sunny conditions, with a measured peak luminance of 635cd/m2 with the adaptive brightness setting engaged. The phone’s contrast of 1,241:1 isn’t bad, either.

Inside, the Nokia X20 is powered by an octa-core Qualcomm Snapdragon 480 processor, clocked at 2GHz. When it comes to RAM, I was sent the top-end 8GB Nokia X20 for review, but there’s also a slightly cheaper 6GB variant in shops. Both models come with 128GB of internal storage, with the option to expand this further if you have a spare microSD card.

In the Geekbench 5 single- and multi-core CPU tests, the Nokia X20 scored 507 and 1633, bringing it roughly in line with the speeds offered by the Pixel 4a, Redmi Note 9T and OnePlus Nord N10. Overall performance feels quite snappy, but the Samsung Galaxy A52 5G edges it slightly, with the iPhone SE outperforming the lot by a wide margin.

The Nokia X20 isn’t too shabby in the gaming department either, with the Adreno 619 GPU pumping out an average frame rate of 37fps in the on-screen Manhattan 3 GFXBench test. The lack of a high-refresh 120Hz display isn’t much of a problem here, since there’s a good chance it would struggle to achieve high frame rates in most games anyway.

The Nokia X20’s battery life is pretty darned good, too. Lasting a total of 17hrs 44mins in our video rundown test, there’s not much that separates the Nokia from its rivals, but you should be able to squeeze out at least a day’s worth of use on a single charge, if not a little more.

The Nokia X20 has a quad-camera arrangement, which consists of a primary 64MP unit (captures 16MP images by default), a 5MP ultrawide and dual 2MP depth and macro sensors. That’s pretty much par for the course in this day and age and the Nokia’s 32MP front-facing camera isn’t anything out of the ordinary either.

How did I get on with the Nokia X20’s suite of cameras in my tests? It’s a bit of a mixed bag, but the good news is that the main camera is a delight, capturing detail-abundant images, especially in sunny environments. I did have to adjust the on-screen exposure slider a few times in order to tweak the lighting but, generally speaking, the Nokia X20’s default shooting mode produced images I’d be happy to upload to social media with minimal post-capture editing.

Take a look at this sunset picture I captured during a walk around London’s Poplar Dock Marina one evening. Impressive stuff: 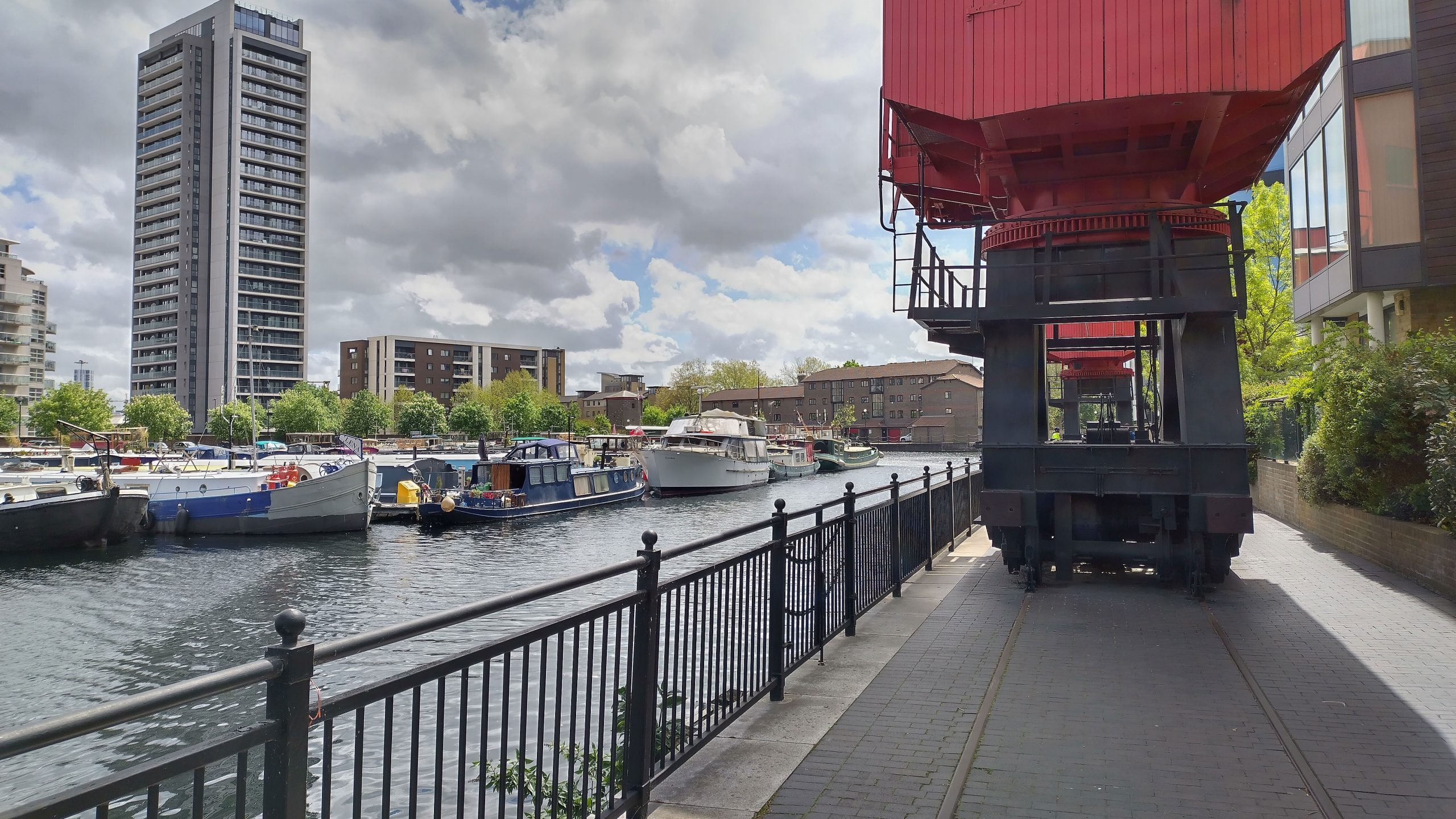 Alas, the phone’s night mode is a bit on the weak side, with major loss of detail when the darkness starts to creep in, and a fair old sprinkling of visual noise. Likewise, the 5MP ultrawide camera isn’t great, with the end result looking more like a watercolour painting – and not the type you’d like to hang on your wall either.

When it comes to video, the Nokia X20 tops out at 1080p, with a choice of either 30fps or 60fps recording. The footage looked crisp and stable with the EIS setting engaged but cheaper phones such as the Redmi Note 9T and Moto G 5G Plus can record at up to 4K resolution.

Look past the Nokia X20’s high-end aesthetics and you’re left with a handset that can’t quite compete with its rivals in the value stakes. Considering the calibre of phone you can currently buy for a lot less money, the Nokia X20 fails to stand out in any meaningful way.

If your buying budget is tight and you’ve got your sights set on 5G, then the cheaper Xiaomi Redmi Note 9T remains our top 5G value pick for the time being. Sadly, the Nokia X20’s comparatively pared-down offering just isn’t quite good enough to earn a recommendation.