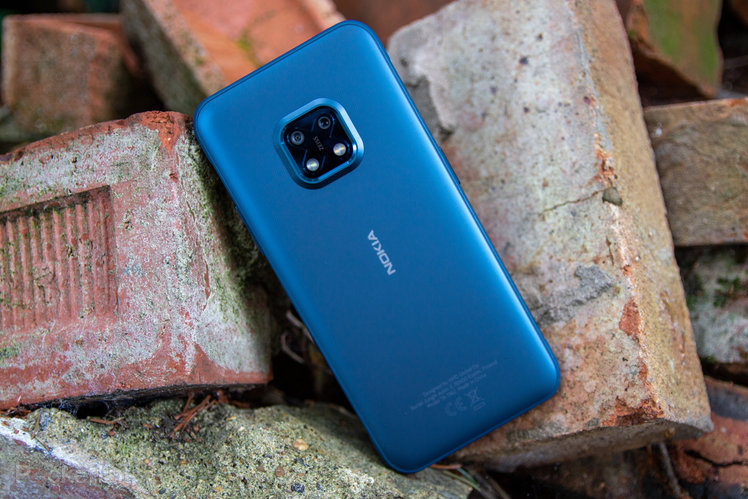 Nokia has given its X20 phone a twist, putting an R for rugged in the title and giving it a tough makeover.

Nokia say that this is the toughest phone its ever made, yes, tougher than the Nokia 3310, the phone that launched a thousand memes.

The Nokia XR20 looks at first glance like the Nokia X10 and X20 phones, but in a case. Rather than the smooth finishes of those phones, Nokia has instead built in a lot of protection to make this a phone that will last longer and survive drops.

It looks as though it’s got a case on it using a combination of a rubberised finish with exposed metal sides. The result is a thicker device, but we’re talking millimetres, so it’s not really bulkier as a result of the tough treatment. 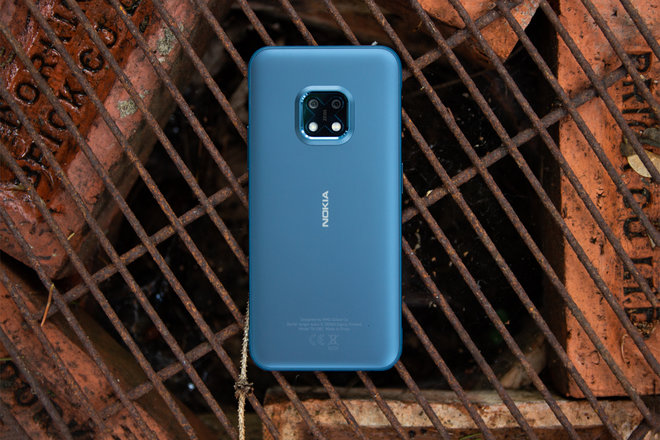 It’s pretty heavy though at 248g, but the finish of the phone means its easier to grip than a lot of devices with a smooth finish – you’re much less likely to drop it.

The protection extends forwards a little so there’s protection around the edges of the display, as raised around the camera on the back. It all adds up to a phone that’s less likely to scratch when you put it down on a rougher surface.

There’s IP68 water and dust protection, as well as MIL-STD 810H drop protection, with an eyelet on one corner incase you wanted to attach a lanyard to it. 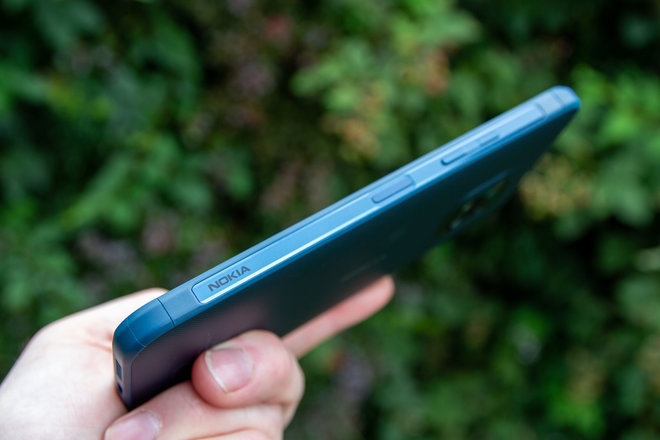 The sides and buttons are also higher quality than the X10 or X20 – they look better and feel better, with an addition button on the top – called the emergency key – which can be programmed to a range of functions, from launching an application, to turning on/off the torch, Wi-Fi, screenshot – pretty much anything you can think of.

It can also be programmed for a long press – which can include dialling an emergency number. 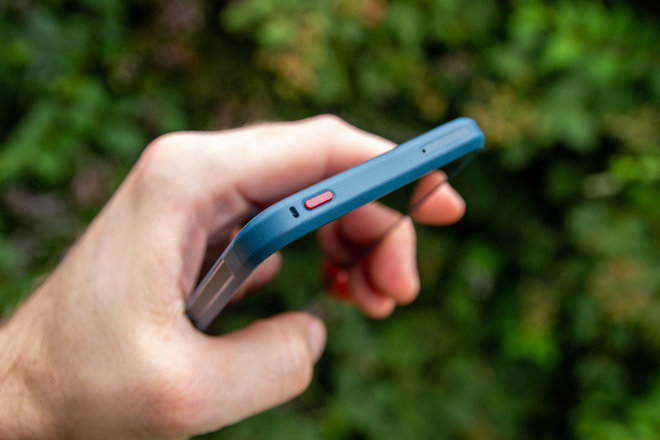 There’s a Google Assistant key, with a lovely textured finish, while there’s stereo speakers packed into the frame.

Again, this is something that the other X model lack, positioning this as a phone with a little more appeal – it just sounds better – but there’s also a 3.5mm headphone socket, so you’re well served on the audio front.

Overall, first impressions of the Nokia XR20 are good – there’s a playful quality to this phone, a little more interesting than the other X models – and that additional protection should mean it survives a little more abuse.

The display on the XR20 is essentially the same as the X10 and X20 models – the same size, the same resolution, the same refresh rate, the same everything – except the top layer.

Using Gorilla Glass Victus means that this phone should be better able to withstand scratches. Victus is the strongest glass that Corning is currently offering to smartphone manufacturers and while it’s been used on some flagship devices, it’s rare elsewhere. It’s used on the Samsung Galaxy S21 Ultra, for example. 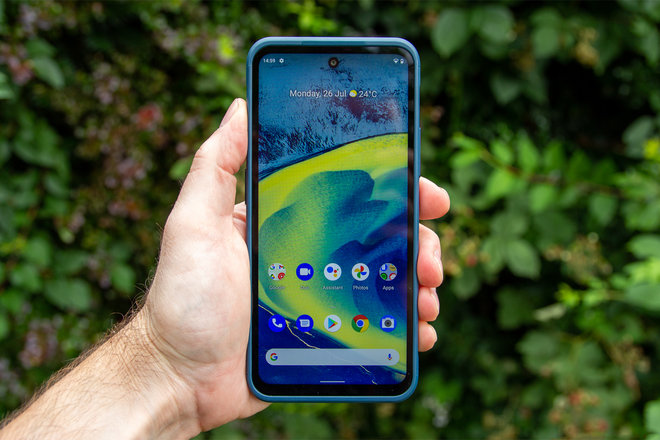 There’s a punch hole camera in the display, although it’s a little brutal, perhaps a little larger than it needs to be and you can seen some discolouration around it, but that’s not a huge problem.

We’ve not yet spent a huge amount of time with this phone to fully assess the display performance, but it’s worth remembering that this device sits towards the affordable end of the market, so it’s not as bright and impactful as the best displays out there. 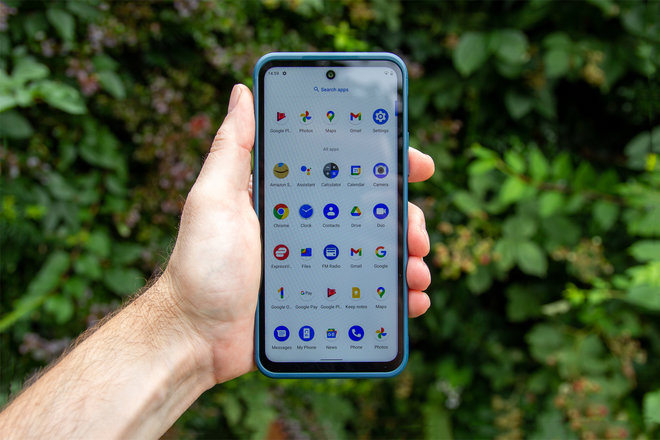 What you really get for your money is a lot of space – and combined with those stereo speakers, this is actually a pretty good phone for watching movies or YouTube videos.

It’s 60Hz, so not offering those fast refresh rates that some devices are offering at this price, like the OnePlus Nord 2.

So far, everything has been pretty reasonable. Big display, lots of protection in that rugged design – and then we get to the core hardware and the thing that might cause some to question the positioning of the Nokia XR20.

At its heart is the Qualcomm Snapdragon 480 5G, the same hardware as the X10 and X20. For those who don’t know, this hardware is the first step on the Snapdragon ladder, with 600, 700 and 800 series hardware above it – and commonplace in some devices around this price. 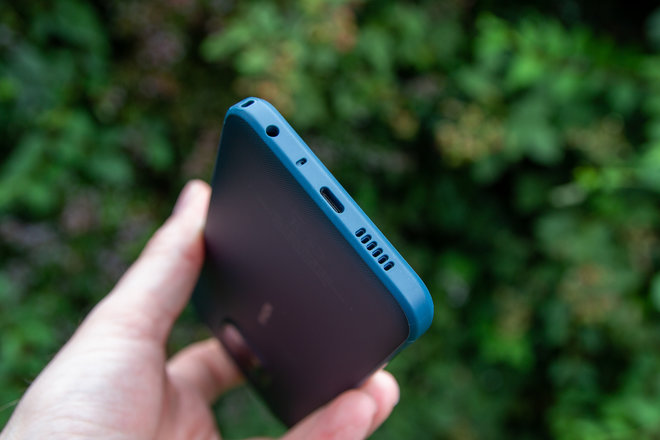 We’ve yet to put the phone through its paces, so we can’t give a definitive assessment of the overall performance, but first impressions are that this phone is a little overpriced. There are a number of devices offering more power at the same price – and that could pose a problem for Nokia.

However, we know that hardware like this is good for running normal day to day functions, like running your shopping apps and Google services, and keeping you connected. We’re going to be fully testing it to see how it performs with everything from basic navigation on 5G through to hardcore gaming, entertainment and social media.

The important thing to remember about the hardware is that it’s a new generation, so will perform better than some old hardware, including in the Snapdragon 600 series. 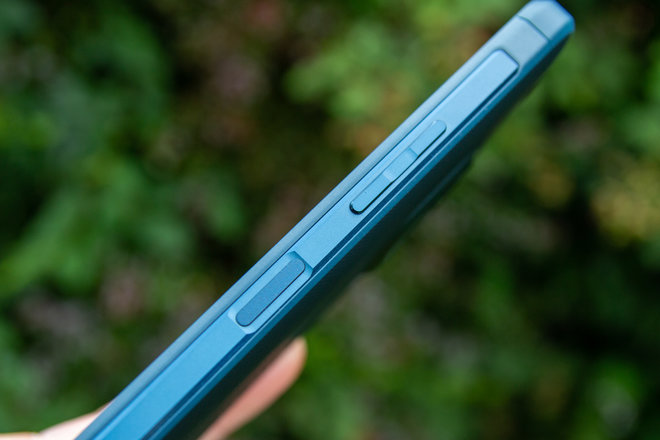 We’ll update as soon as we’ve given it a thorough workout.

The 4630mAh battery, with that hardware, may actually last a long time. Nokia says you’ll get two days from it and we’ll be sure to test the endurance and report back.

Nokia has mixed up the cameras on the XR20 compared to the other X phones, which boast a quad camera. This could actually be a good thing, however, as Nokia had dropped the depth sensor and macro sensor that the X10 and X20 offer – and those are usually just junk anyway. 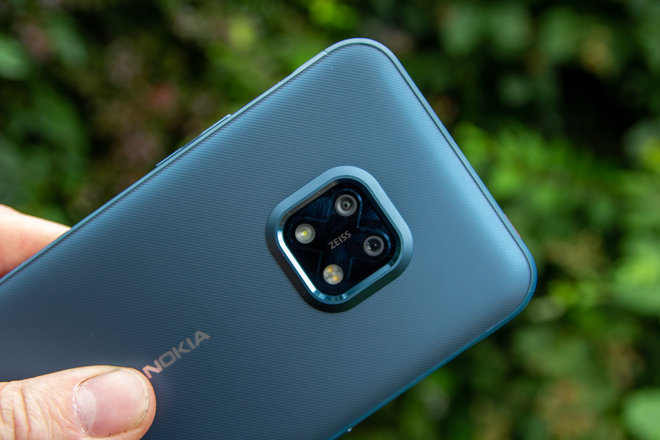 Instead you have a 48-megapixel main camera – the same as the X10 – and a 13-megapixel ultrawide sensor, which seems to be unique to this phone. It will probably give better results than the 5-megapixel sensor on the sibling devices, but we’ll be sure to test and compare so you know where it stands.

The simplification of the camera is a good thing, but we haven’t had the chance to full test it. The most important thing will be the performance of that main camera and the consistency of the selfie camera.

We’ll update with a full gallery of samples as soon as we can.

The whole point of the Nokia XR20 is to give you a phone that will last, so you don’t have to just throw it away. Tackling that one the hardware front is all that protection built into the bodywork, and on the software front you get 3 years of Android updates.

That will mean this phone will get updated until 2024, which is pretty good – along with security updates too. 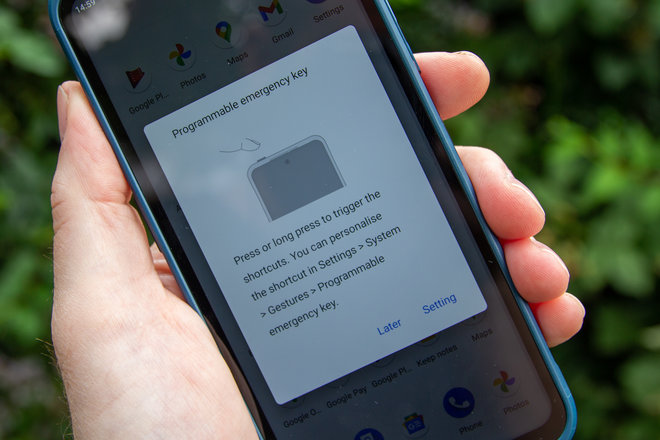 Nokia used to talk about Android One all the time, saying that phones were “pure, secure and always up to date”. That messaging has changed slightly, but the Android One branding still appears on the phone when you start it up.

What’s strange is that despite this notionally being “pure” Android, there’s some preinstalled apps – Spotify, Amazon and ExpressVPN. The point of Android One is that you didn’t get preinstalled bloat that you might not want – although you can remove these apps, so it’s not the end of the world.

First impressions skipping around a new device is fine, but we really need longer to pick out any quirks this phone might have on the software side. Again, we’ll update as soon as we can.