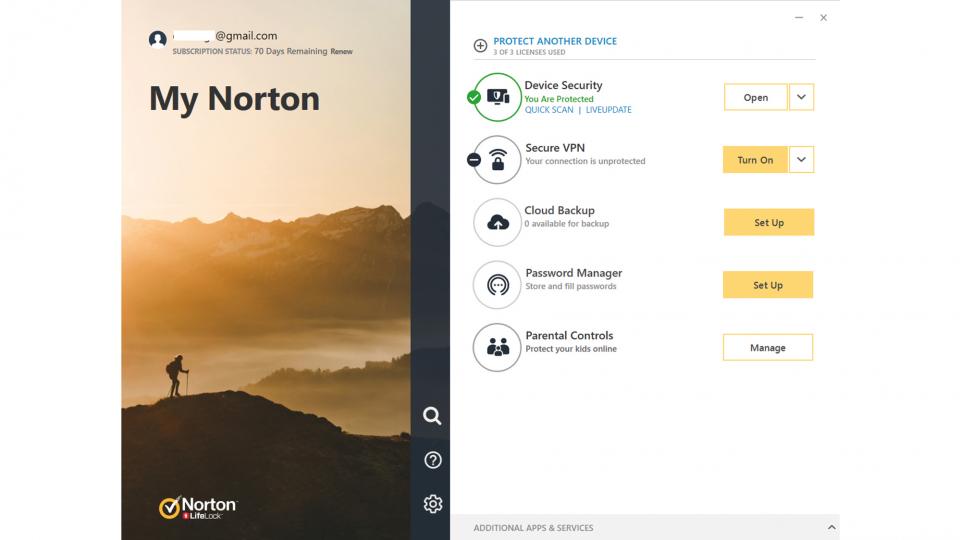 While it’s not the most lightweight or innovative suite around, Norton 360 can’t be beaten when it comes to protection and price

Symantec keeps on tinkering with the name of its flagship security suite: last year it was Norton Security, but now it’s been rebranded as Norton 360. The water is further muddied by the fact that it’s offered in Norton 360 Standard, Deluxe and Premium editions, which cover one, three (or five) and ten devices. The feature sets are the same, though, except that the single-device licence doesn’t include the parental control module – which is fair enough, as kids will presumably be using a separate device anyway.

Even though all three Norton 360 antivirus suites are discounted, Norton 360 Deluxe has the biggest discount. It’s an ideal option for your entire family because it protects five devices, including PCs, Macs, smartphones and tablets. We don’t know how long this offer is valid for, so it’s a good idea to take advantage of it while it lasts. As you can see from our below review, the latest version of Norton 360 has great overall protection features, making it one of our top-three antivirus suites this year. Norton 360 Was £80 Now £30 Buy Now

Uniquely, Norton 360 includes a cloud backup module. You’ll need to be selective about what you back up, as the Standard and Deluxe licences come with a fairly tight 10GB and 25GB of storage (50 GB if you buy the five-device version), while the Premium licence gives you just 75GB shared between your ten devices. Still, assuming you already have a first-line backup regime in place, Norton adds a helpful extra level of off-site protection for your personal files. 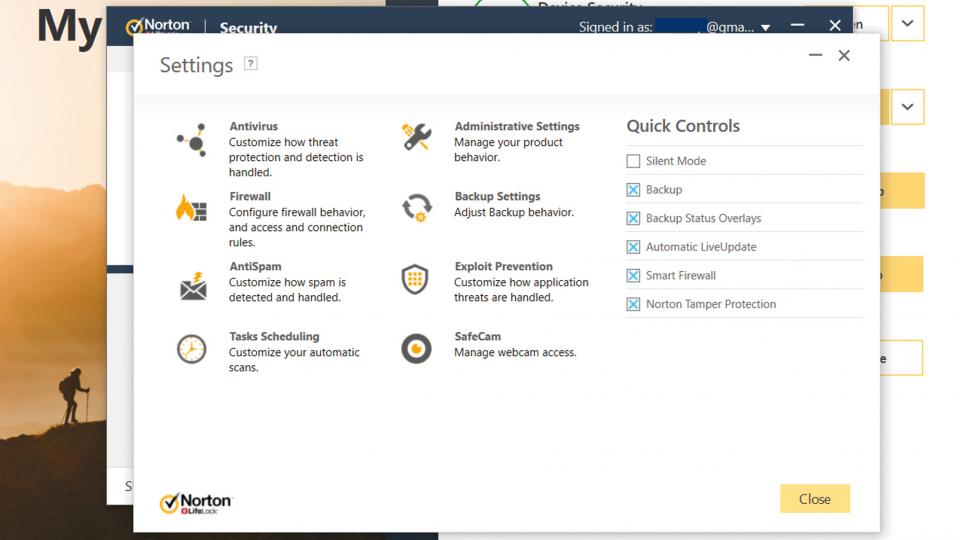 Norton 360 also distinguishes itself by including a full VPN with unlimited access to 31 servers worldwide – a far cry from the cut-down services offered by its rivals. Don’t get too excited: we found the VPN wasn’t able to unblock Netflix US, and our browsing speeds were slashed from 108Mbits/sec to just 39Mbits/sec even when using a UK-based server. However, for the occasional bit of privacy protection, it’s a definite plus point for Norton, especially when you compare the price of a dedicated VPN.

It’s good to see that the bundled parental controls aren’t hobbled, either. The Deluxe and Premium packages include full category-based website blocking, time limits and activity monitoring for Windows devices, plus location tracking for Android and iOS devices. Beyond these big features, there’s not a lot more to the suite.

At first glance, the interface looks like it’s full of tools and functions, but this is partly down to a muddled design that duplicates features across the “My Norton” and “Device Security” windows. Click around and the only other significant components you’ll find are the SafeCam feature – which lets you grant or deny webcam access to specific applications – and Norton’s free Safe Search and password manager extensions for Chrome and Edge. There’s no ransomware-specific protection, though the backup service could save your bacon if you get hit.

The final core security component isn’t shown in the main interface but is buried in the Settings menu. This is Norton’s firewall, which lets you configure application and protocol-specific rules, and set policies for dealing with subjective cases such as “uncommon protocols” and “low-risk applications”. It seems a bit odd that Symantec doesn’t make more of this feature, but that perhaps reflects the reality that only the most meddlesome of advanced users will want to adjust the default settings.

A couple of system tools fill out the feature list: the disk defragmenter and file clean-up tools replicate functions that are built into Windows, but the Startup Manager gives a useful insight into whether individual startup items on your PC are commonplace among Norton users or suspiciously rare.

Norton 360 can also boast of one achievement that only one rival this month can match: a 100% protection rating from both AV-Comparatives and AV-Test. Trend Micro managed the same, but blotted its copybook with false positives, while Norton 360 only fell for a more forgivable seven. The user experience is better than you’d expect, too. 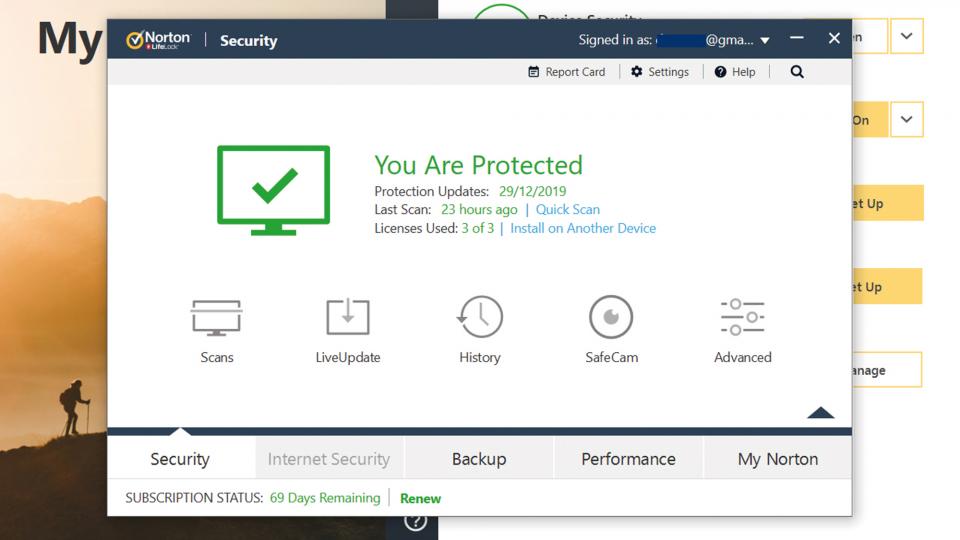 The performance figures suggest that Norton 360has a significant impact on system responsiveness, but AV-Test noted that the slowdown was most obvious while installing new apps, while AV-Comparatives found that Norton primarily affected launch speed when apps were run for the first time. Those aren’t things you’ll be doing all that often, and when it comes to opening and using your everyday applications, Norton had a much lesser effect.

The last thing to talk about is the price. Officially, Norton 360 Deluxe costs £80 per year, but the Symantec website almost always seems to be a sale on – right now it’s reduced to just £30. As usual, look out for automatic renewals: make sure you cancel before your initial-month licence expires, or you’ll be billed the full RRP for your next year’s subscription.

With its built-in backup and VPN services, Norton stands out from the crowd, and even if those features aren’t high on your priority list, the suite’s attractive price-point and superb protection rating definitely make it worth considering.