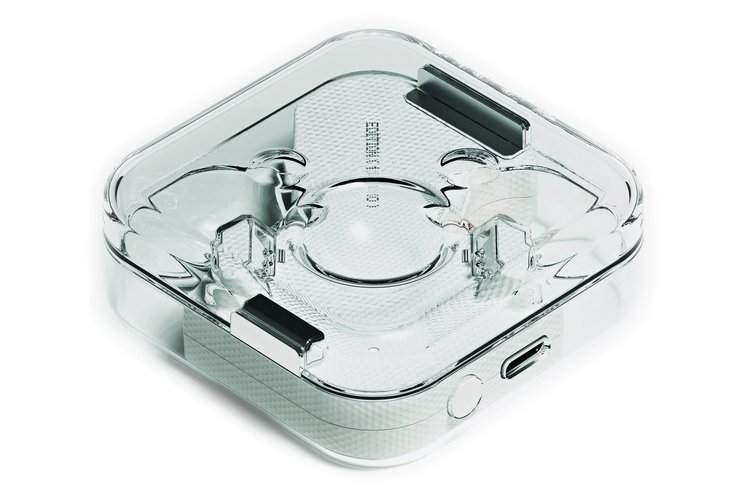 Nothing’s first product launch is due to take place very soon, and Carl Pei’s new company isn’t set on releasing products like all the other headphone manufacturers. The approach is quite different.

As has been said since the beginning, Nothing plans to design products with transparency as a key design theme. That means lots of see-through elements.

The first earphones, called Ear 1 will launch on 27 July and now, thanks to an interview with Cnet and StockX listing we have a clearer picture (pun only slightly intended) of what the case for these buds looks like.

As you can see from the images in this article, the case uses a completely transparent exterior material, while inside there are two cradles: one for each earbud. 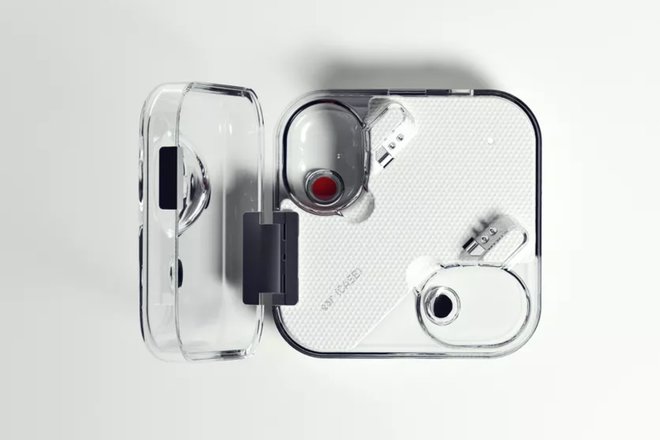 The idea being here that you can see your earbuds as they charge, plus the red and black dots on the inside should make it easy to known which bud belongs in which cradle.

There’s a rather large dimple/recess on the lid which is apparently designed to both hold the buds in place, and give you a place to rest your thumb as you spin it in your hand. So it’s practical, but also just something whimsical for fidgeters to enjoy.

Looking at the shape of the charging cradles, we get a sense of the earbuds design too. It appears there is a short stem with charging points on it that attach to a larger, oval element.

All the internals are hidden behind a pure white, opaque covering inside the case. While those internals might be cool to see, we get the sense it wouldn’t quite fit with Carl Pei’s desire for a minimal, clean design.

The case features a 570mAh battery and supports wireless charging, so you’ll be able to plonk it down on your charging pad and it’ll charge via Qi.

Nothing Ear 1 will be officially unveiled on 27 July, at which point we’ll get a much clearer picture of the earbuds and what they offer.