The Nubia Red Magic 5G stands out from the crowd of boring glass slab phones with a new design aesthetic that practically screams “gaming phone”. 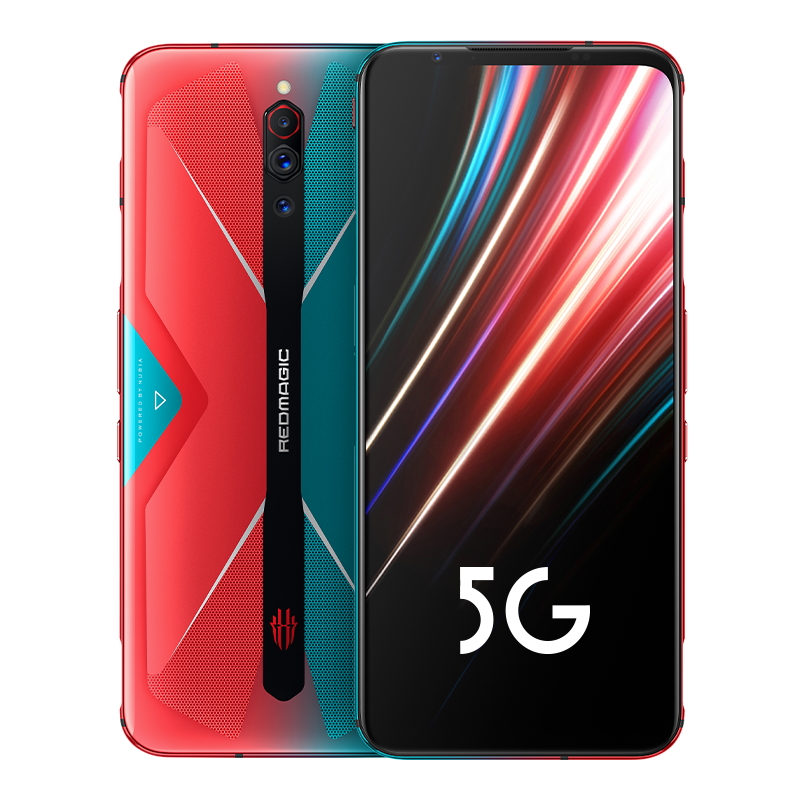 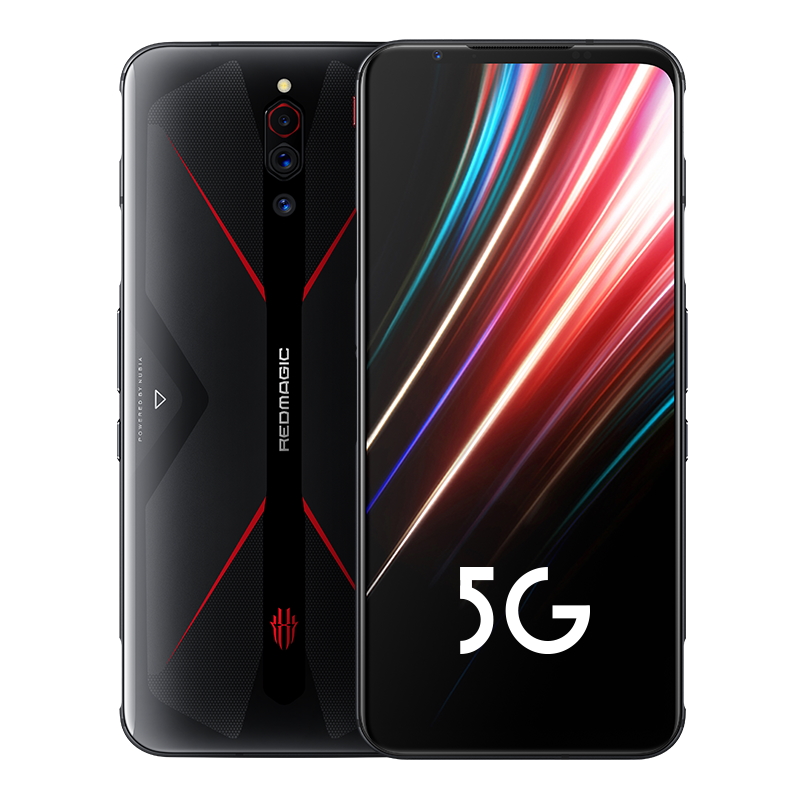 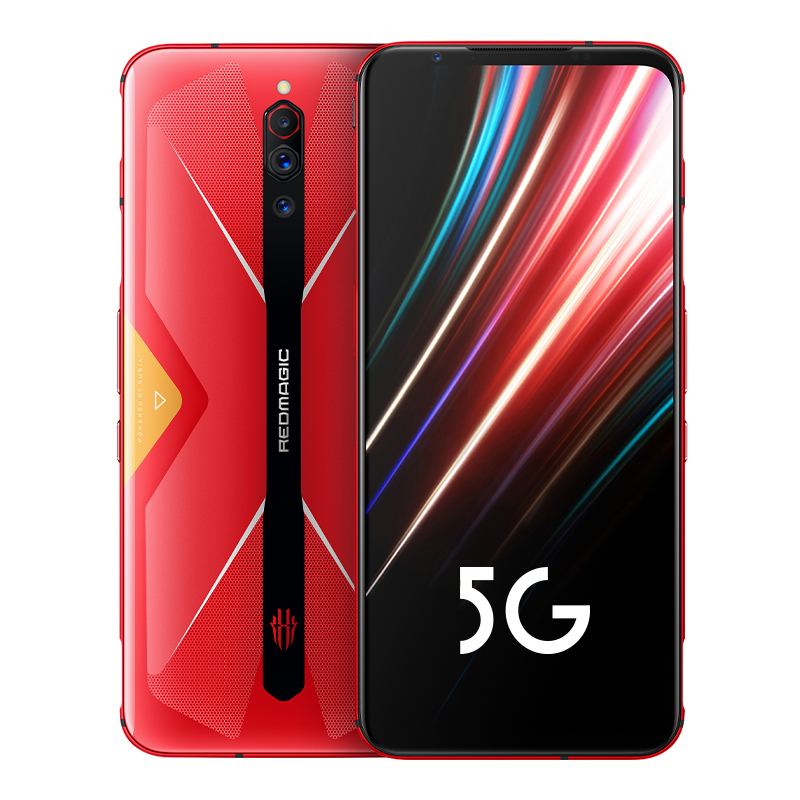 The design language is quite unique. Nubia has also used distinct color combinations, so there is no mistaking this phone for anything else in the market right now. The back of the phone has a lot going on, with a big X lending the phone some character. The Red Magic logo has RGB LEDs underneath because everything gaming needs RGB. On the sides, the right edge of the phone has the volume rocker, the power button, as well as two shoulder buttons to aid in gaming. These buttons appear to be touch-sensitive buttons, but there are mentions of “two-step actuation” which we are unable to explain as they could possibly be an error in our translation. Much like other previous Nubia gaming phones, the Red Magic 5G also has an active cooling solution, coming in the form of a fan within the phone. The exit vent is on the right edge, while the entry vent for air is on the other end. The left edge of the phone also has 7-pogo pins for connecting to an external dock that can charge the phone and provide ethernet connectivity for a much better and stable internet connection. It also has a slider button for one-push switching into “Gaming Mode” on the phone. 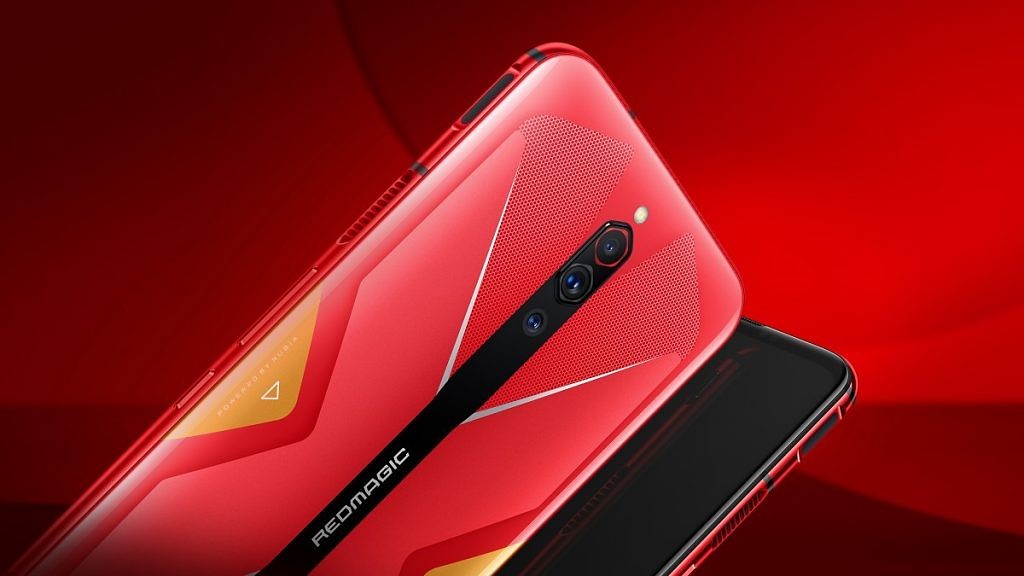 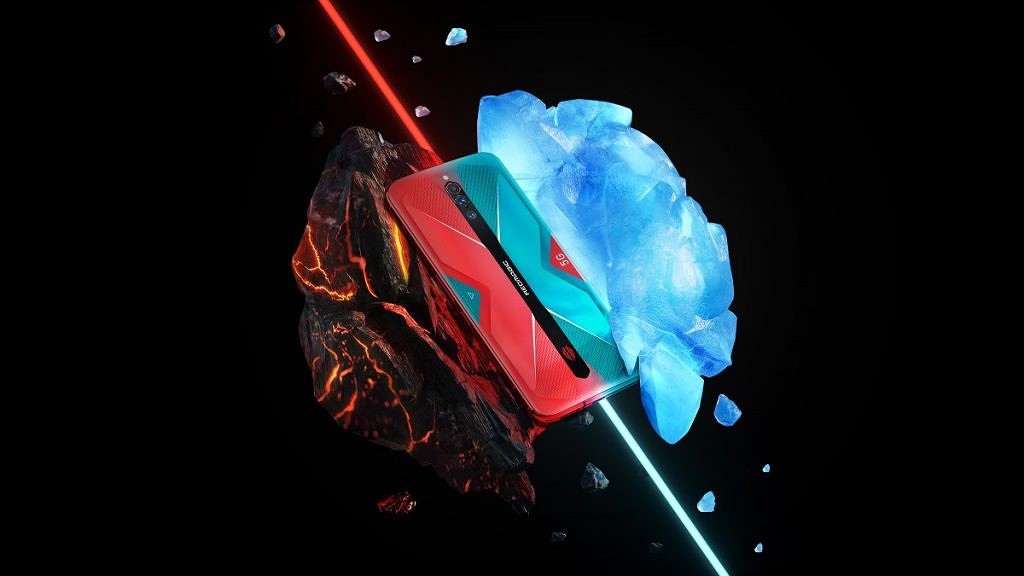 The front of the Nubia Red Magic 5G goes old school with the design, with the front camera integrated within the top thin bezel. What it doesn’t go old school with is the actual phone display, as the phone is the first Android gaming smartphone with a crazy 144Hz high refresh rate. This means that the phone is theoretically better than current 120Hz display options, and is no comparison for phones that launch with 60Hz. Coupled with the 240Hz touch sampling rate, Snapdragon 865, a generous 8/12/16GB of LPDDR5 RAM and 128/256GB of UGS 3.0 storage, you should get an unmatched gaming experience on the games that support the high refresh rate in the gameplay. Nubia also claims that it is using a custom Adreno 650 GPU, but no further details could be spotted on this claimed customization.

The Nubia Red Magic 5G also comes with a decent size 4,500 mAh battery, with support for 55W charging and compatibility with Qualcomm Quick Charge 4.0 and Power Delivery 3.0. The camera setup on the phone comprises of the 64MP Sony IMX 686, a wide-angle camera and a macro camera, along with an 8MP front camera. Gaming smartphones are not exactly known to be great camera performers, and despite a good primary sensor, we aren’t expecting a whole lot over here either.

The Nubia Red Magic 5G also has a few other features, like a 3.5mm headphone jack, WiFi 6 support, and Dual-Frequency GPS. Nubia also talked about low latency game screencasting support on the phone, but we could not locate proper explanations on how they manage to achieve the same. The phone runs on Red Magic OS based on Android 10, and has a bunch of gaming-related optimizations. 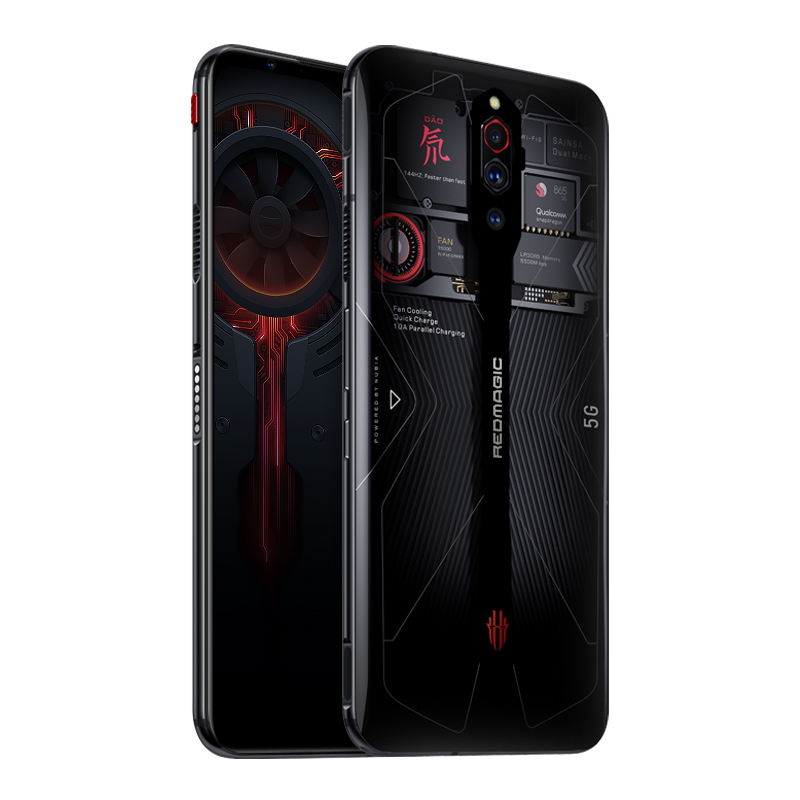 To spice things up a bit, Nubia is also selling a Transparent Edition of the Red Magic 5G. It isn’t immediately clear if the back of the phone is a re-imagined graphic vinyl on the body or actually transparent. Nubia showed a video of the fan visibly spinning through the back glass, so it would appear at least that area is truly transparent. Or it was just a marketing stunt.

The Nubia Red Magic 5G goes on sale in China on 12th March 2020 and globally in April. The following combinations will be available:

The Transparent Edition comes in the following variants:

The post Nubia Red Magic 5G is a gaming phone with a 144Hz display, active cooling fan, and more appeared first on xda-developers.