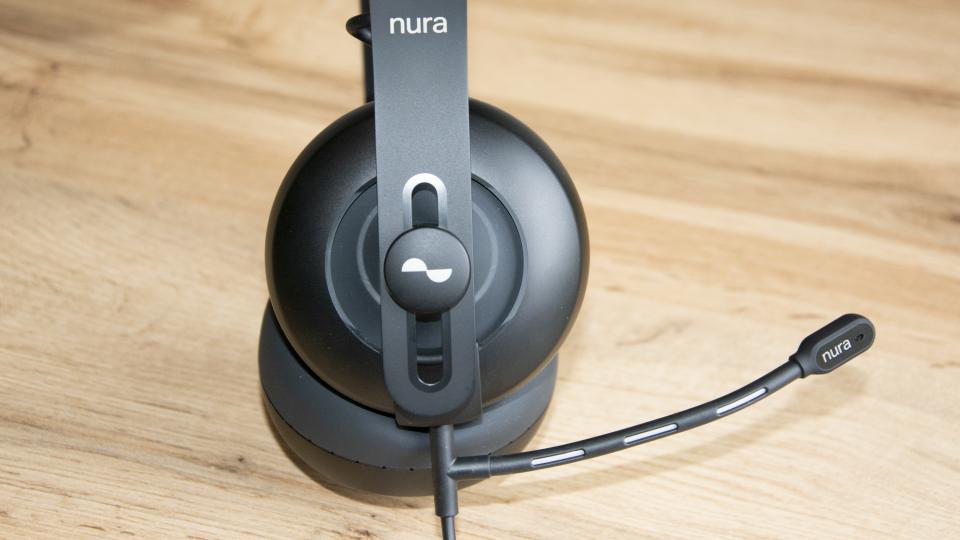 The Nuraphone are among the smartest headphones around. You can read all about them in our full review but, to briefly summarise, they’ll analyse your hearing, create a unique listening profile and deliver it via an innovative combination of in-ear and over-ear drivers. Oh, and they’ll reduce distractions using active noise cancellation, too.

About the only thing they couldn’t do was double up as a gaming headset… until now. The Nura Gaming Microphone, a new detachable accessory, transforms the Nuraphone into a communication device compatible with all gaming platforms. But does it elevate the Nuraphone to God-tier levels of gaming greatness? Or are you better off sticking with one of the entries from our best PC, PS4 and Xbox or wireless gaming headset lists?

Nuraphone Gaming Microphone review: How much does it cost?

There are two ways to get your hands on the Nuraphone Gaming Microphone. Nuraphone owners can pick one up as a standalone accessory for £50, or you can buy it with the headphones as a bundle. The bundle typically retails for £370 but you can currently get it for £296 thanks to a 20% limited time discount. At full price, it’s among the priciest gaming headsets going but does have the distinct advantage of being a very capable pair of noise-cancelling Bluetooth headphones, too.

The Nuraphone Gaming Microphone is a wired mic that plugs into the port on the right earcup of the Nuraphone and connects to your PC, laptop or controller via a 3.5mm audio jack. Once attached, you won’t be able to use the Nuraphone’s Bluetooth connection but your audio profile and any settings you have active in the Nura app are carried over.

The mic itself is a pleasingly minimalist affair. It’s a touch under 12cm long and the boom is flexible, allowing for easy adjustment. By attaching the included plastic clip to the outside of the right earcup you can fasten the mic in place and ensure it never comes loose from the headphones, which is a nice touch. 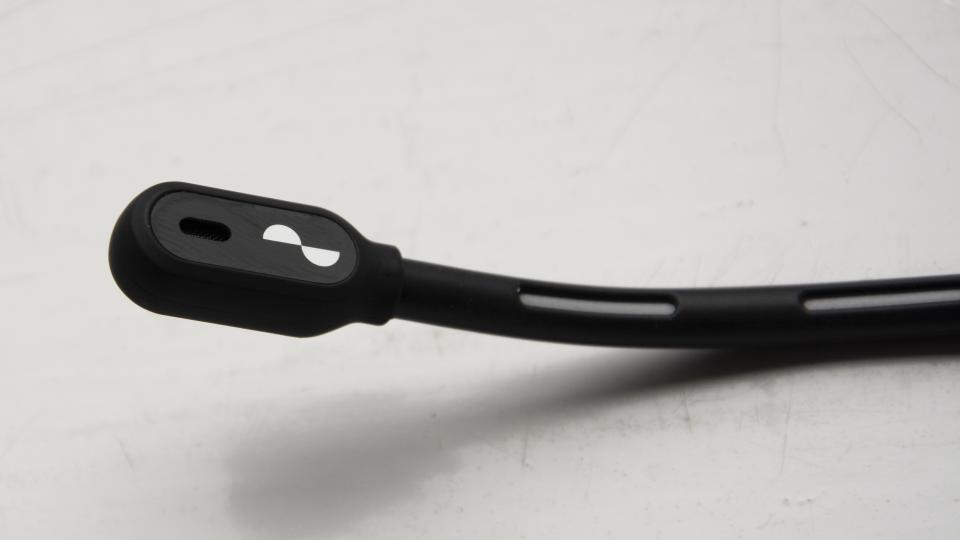 The Nuraphone Gaming Mic’s cable is a generous two metres long, which is great if you’re plugging into a laptop or PC tower as it means you don’t have to sit too close to your screen. When connected to a controller, however, I found it a little too long and once pulled the cable free from my DualShock 4 after it got caught on the arm of my chair. It would have been great if Nura had incorporated some way to shorten the cable – even a small velcro tie would have done the job.

An in-line remote located roughly 30cm from the mic features a volume dial and mute slider switch and it’s easy to tell when you’re muted thanks to a section of red plastic visible under the slider. Aside from adjusting your audio settings via the output device, the remote is the only way to control the volume on the Nuraphone when it’s being used as a gaming headset: the headphones’ touch controls are only available while connected via Bluetooth.

This is the area that Nura really needed to nail and I’m pleased to say, it has. The clarity with which my voice was picked up while gaming online was nothing short of superb. I was heard word perfectly while a fellow Expert Reviewer and I took down the mighty black dragon Alatreon in Monster Hunter World: Iceborne. Said colleague reported that I came through like a football commentator, not because of my gloriously detailed description of the fight but due to how crisp and well-articulated my voice sounded.

Nura doesn’t mention anything about the mic having noise-cancelling capabilities but the amount of background noise it picks up is minimal. Voice isolation is effective, and even with lots of environmental sound around me, conversations continued unimpeded.

Although its ability to pick up your voice is top-notch, the Nuraphone Gaming Microphone is a little limited when compared with dedicated gaming headsets. There’s no way to adjust the game audio-chat balance, for instance, and there’s no mic monitoring either, so you can’t hear your own voice in the headphones. 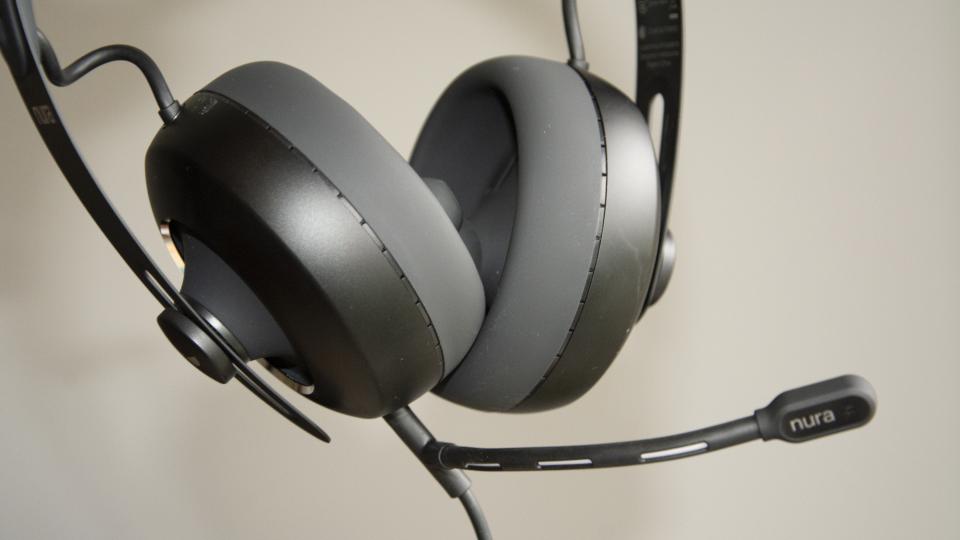 Despite this being a review of the microphone, it would be remiss not to comment on the Nuraphone audio experience. I was blown away by how my personalised profile sounded when I reviewed the NuraLoop earphones and it works just as well when enjoying your favourite games.

For those who have experienced Nura sound, it’s the individually-tailored audio you know and love brought to your favourite gaming titles. The in-ear speakers that fill your ear canals deliver mids and treble, while the over-ear drivers hammer home bass and low-end frequencies.

The Immersion feature, which employs haptic vibrations, further boosts the bass delivery and really boosts the game playing experience. Thunderous roars and cannons had such an impact that I had to dial back the immersion level in the Nura app to avoid being overwhelmed as I took on Fatalis in Monster Hunter. The same proved true in first-person shooters where non-stop gunplay and explosions are the name of the game.

There were a few audio features I missed which premium gaming headsets such as the HyperX Cloud Orbit S offer, though. There’s no head tracking or 3D audio and although immersion mode goes some way to creating a similar sonic experience, it isn’t quite as enveloping. 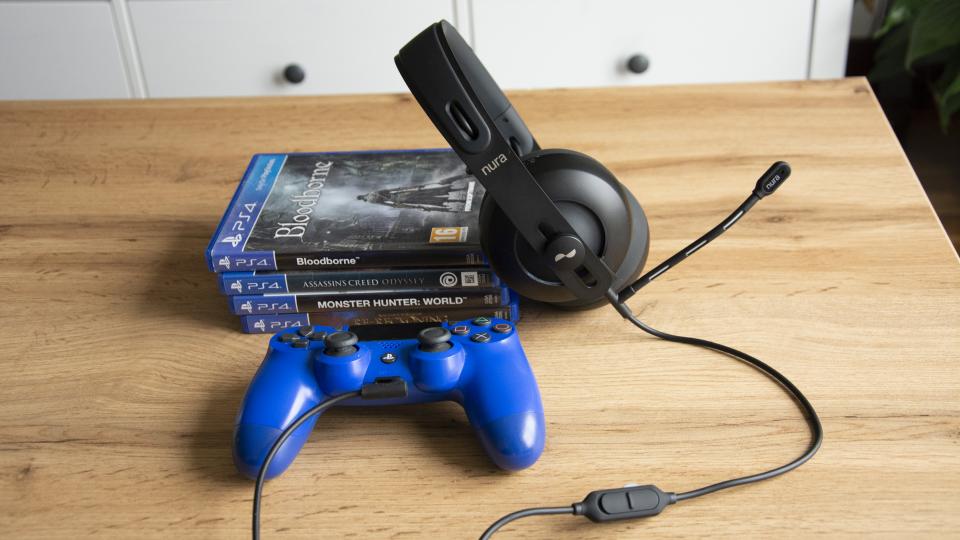 You’re also locked into using one of your three created profiles, with no way to switch between them while playing. I found my “Gaming” profile worked excellently across all manner of genres but those that like to switch EQ profiles on the fly based on the game they’re playing may not feel comfortable stuck with just one.

It’s also worth mentioning that, as long as it’s switched on in the app, the Nuraphone’s active noise cancellation is engaged while gaming, which is a huge plus. There aren’t many gaming headsets that have ANC and I found the ability to minimise background distractions very welcome. Battery life is solid at around 20 hours and the Nuraphone don’t get as hot and sweaty as many headsets I’ve tested, which is another bonus.

Nuraphone Gaming Microphone: Should you buy it?

If you own the Nuraphone, are into gaming but don’t already own a premium headset, the Nuraphone Gaming Microphone is an essential purchase. It will transform your highly impressive Bluetooth headphones into a headset offering crystal clear communication and first-rate audio.

Whether you should buy the headphones and mic bundle is less clear cut. If you want a pair of innovative Bluetooth headphones that ably double up as a gaming headset, they’re certainly worth considering. If you’re after a headset solely for gaming, you’re better off buying a device built specifically for that purpose.