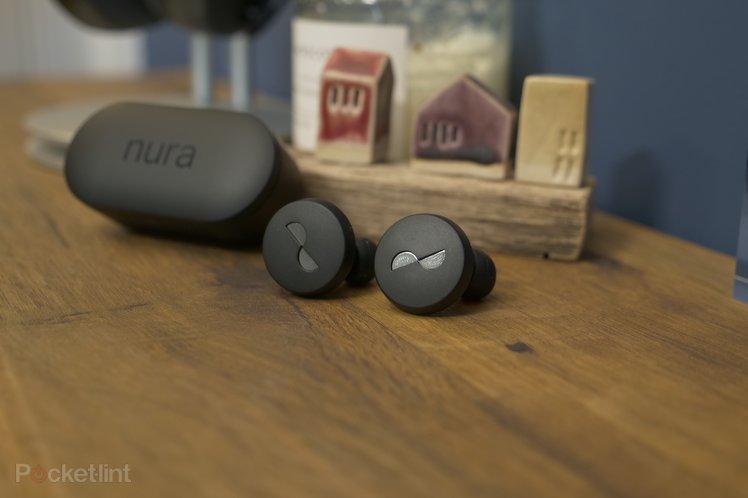 If you’ve only been casually keeping an eye on the headphone space over the past few years, there’s a very good chance you might have missed Nura. It’s not a big-name brand just yet, like Sony, Bose or Apple, but it is different and really interesting.

Its approach to audio personalisation is unlike what any other company is doing. First, it started with over-ear headphones, then created the NuraLoop in-ears before now finally hopping on the true wireless earbuds (TWS) train.

Enter: the NuraTrue. A pair of completely wireless ‘buds that are unlike any other company’s earphones. And very impressive they are indeed. Here’s why.

What’s been interesting in the TWS earphones space since Apple AirPods catapulted the category forward – it’s now advanced to AirPods Pro – is how brands have often sought to make their ‘buds as AirPod-like as possible. 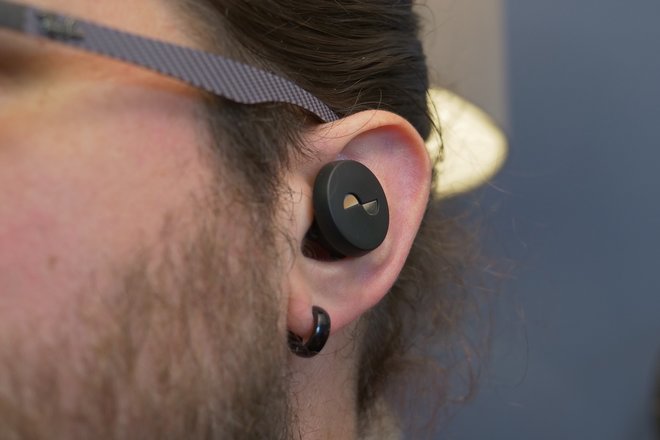 For Nura, that meant coming up with a design about as far away from AirPods as is possible. Like the NuraLoop that came before it, the NuraTrue’s earbuds have a large, circular surface on the outside. They’re kind-of similar in that way to Microsoft’s Surface Buds, with their disc-like shaping.

It’s unlikely you’d ever confuse the two though, with Microsoft opting for a glossy outer surface, and completely different shaping and style for the interior elements. NuraTrue, meanwhile, features the Nura logo in chrome cut into its rougher-texture outer black plastic.

This outer surface hides the touch-sensitive capabilities. Each bud’s touch button can be programmed differently. For instance, you could have a single-tap on the left enabling and disabling social mode (more details on that later), and the right ‘bud playing and pausing music. Then have a double-tap on one skip forwards and the other backwards.

The only downside to that touch-sensitivity is the same as any other touch panel: it’s easy to trigger it accidentally. When tucking long hair behind an ear or adjusting the arm of your glasses, an accidental brush against the buds can pause music without your intention.

On the part that fits into your ear, there’s a subtle fin (or grip) that holds to the inside of your ear to keep it in place, with a silicone tip forming a seal on the outside of your ear canal. It’s a relatively comfortable fit, although – as with most silicone-tipped in-ears – we did develop a little sensitivity inside the ear after wearing for a couple of hours. They were never uncomfortable and didn’t ever feel too pressured though. 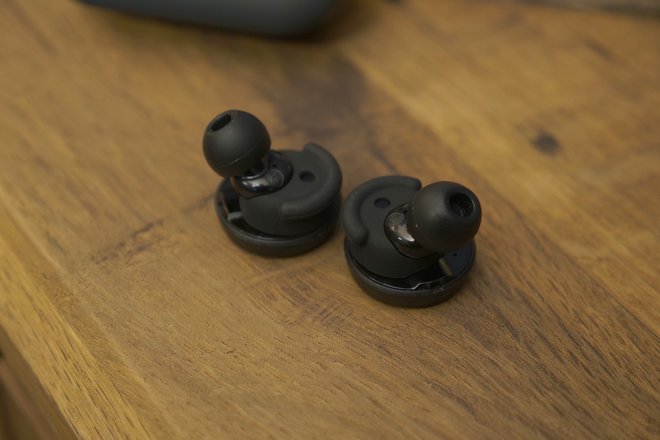 The good news is that the NuraTrue also ships with various sizes of silicone tips, plus additional wings and foam tips, so it should be possible for virtually anyone to get a comfortable fit.

One of the best things about NuraTrue, however, it’s one of the most boring things: the case. Because the ‘buds are true wireless, they ship with a rather plain charging case. This case has a universal USB-C port on the back for plugging it in to charge – there’s no way to wirelessly charge though, which is a shame.

That might seem pretty standard, but with previous headphones Nura hasn’t don’t things in a “pretty standard” way. Its proprietary charging and connection cables meant you had to use them and take them with you if you wanted to keep your batteries topped up. Not so with the NuraTrue. Just take your existing USB-C cable with you. Job done.

The secret ‘special sauce’ that makes Nura products so, well, Nura, is the audio personalisation technology. Unlike some other methods that ask you to manually select frequencies you hear using an app, Nura does it all for you. 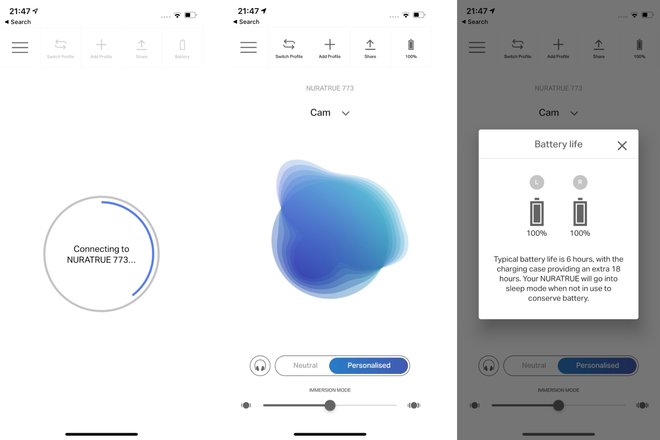 When you first setup and pair the NuraTrue with your phone it’ll run you through this process. It first plays sounds through the drivers and into your ears, measuring the feedback to see if you’ve fitted the ‘buds correctly. Once that’s confirmed it plays a sequence of oscillating notes to see how your ears respond to each frequency.

Each NuraTrue bud features a small microphone designed to pick up the frequencies your inner ear makes in response to the sounds being played. By measuring these, the idea is that the ‘buds can use this data to generate a personalised sound profile.

It’s important to note here that in order to get the best results you do need to be sat in a quiet room, otherwise your ears will also be responding to the sounds around you. The readings won’t be accurate in a noisy environment. 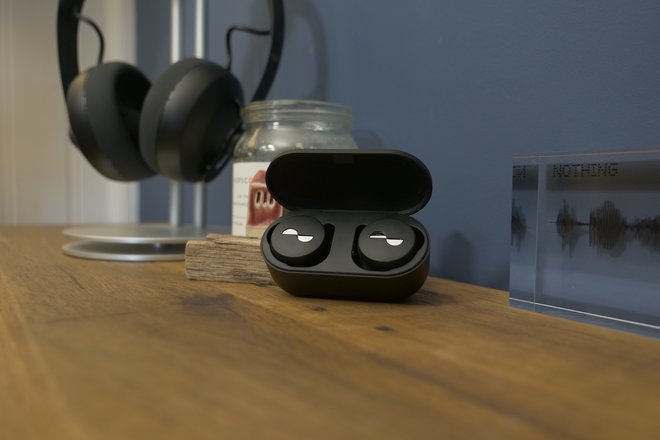 Because no two people hear sound the same – with research likening it to being as individual as fingerprints – this makes a huge amount of sense. So, if you’re particularly sensitive to high frequencies and need a boost for mid-tones or lower notes, the Nura app will create a profile that does that for you.

Nura sets itself up as being quiet a forward-thinking tech company – and that means some fairly advanced features that not every earphone will offer. Specifically, there’s active noise-cancelling (ANC), which – in addition to the well-fitting tips – help to kill excessive external noise. It’s not the strongest ANC we’ve tested, but it helps to tone down the low-droning of engines, trains and the like.

On the opposite end of the scale the ‘social mode’ uses built-in mics to bring in audio from your surroundings, while dropping the music volume to help you be more aware of what’s happening around you. 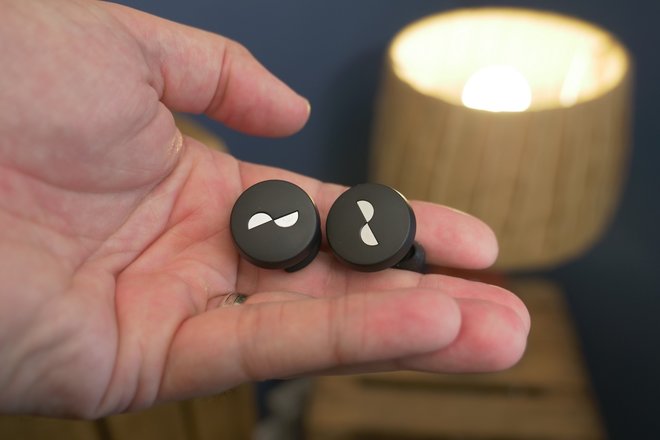 In a quiet environment it’ll allow you to clearly hear someone talking to you. In other areas where you might want to be aware of what’s going on – like a train station platform, airport waiting lounge, or walking on a narrow road at night where you need to hear oncoming traffic – it can be super useful. With it switched off, you get completely absorbed in your own world of music.

There’s also an auto pause feature when you take an earbud out of your ear, useful for those instances when you really need to pay attention to what’s happening around you and social mode isn’t enough. This works really well in real life: as soon as we took a ‘bud out of our ear, the music paused, and then resumed as soon as we put it back in again.

NuraTrue pretty much delivers on par with the market standard when it comes to battery life. With a full charge the ‘buds offer up to six hours of music playback, plus a further 18 hours of battery in the case – so a full 24 hours in total. 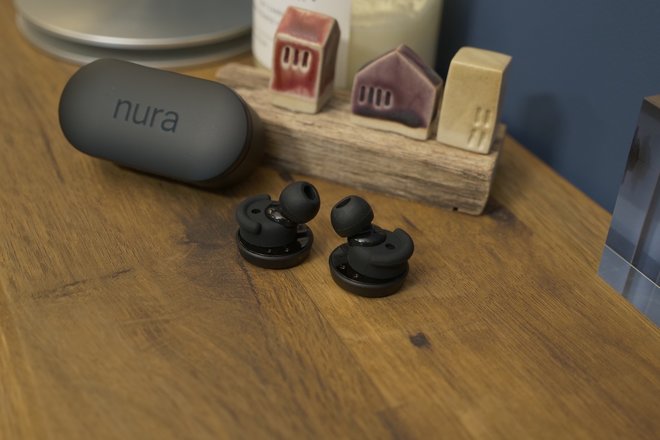 It’s hardly market-leading battery performance, but it’s more than enough to keep them convenient for all-week usage. Real life performance will obviously depend on a number of different factors like type of music and volume, but it should easily be possible to get at least 22-23 hours total without trying to keep the volume low or anything.

The end result of all this tech – as we’ve found with both the NuraPhone headphones and NuraLoop in-ears – is seriously good sound.

One of the best things about the Nura sound – once personalised and with immersion mode enabled – is that it uncovers all those hidden layers in your music. You hear the subtleties in track, while also getting a wide soundstage that really adds a lot of width and depth to any music you’re listening to. 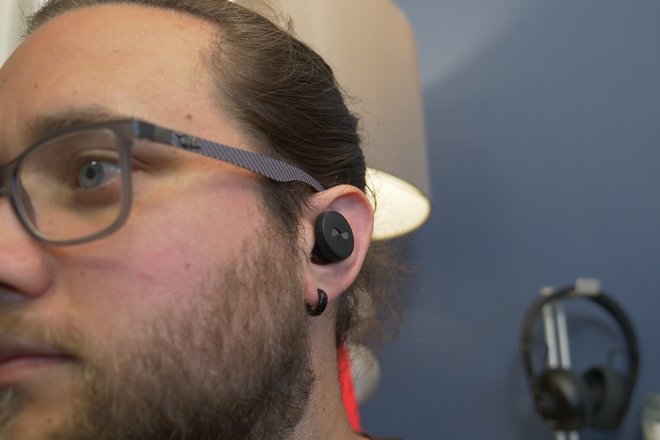 Elements panned wide to the left channel sound like they’re really far away to the left, and similar to extremes to the right. That sense of space is rarely achieved in a pair of ‘buds shoved into your ears.

Bass is tight, well-controlled and prominent -without dominating any tracks. Acoustic guitar or stings cut through really nicely, even in tracks that surround it with high impact bass, drums, vocals and electronic elements.

The one sense we really get from moving between Nura and other ‘buds is how the latter really lifts some of the elements we’d otherwise miss. For instance, in our own testing, some of the higher-frequency elements – not that other ‘buds make them impossible to hear – just have added clarity and detail about them. 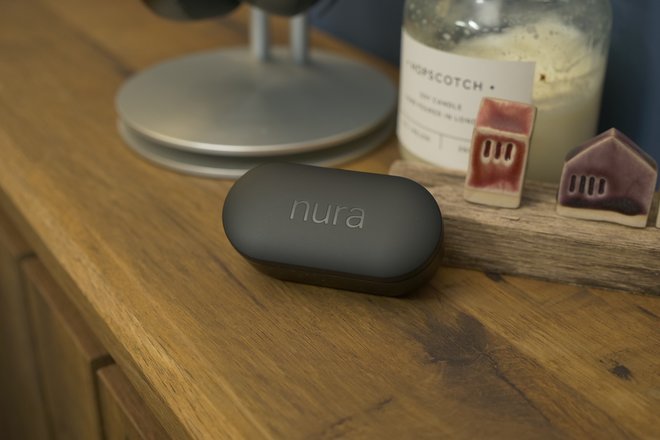 Listening to Lewis Watson’s When The Water Meets The Mountains, the clapping and tambourine in the background in the beginning took on a new feeling for us. We got the real sense it was in a real room. We’d of course been aware that it was there before – it just didn’t take on that realism.

Now, if you want to you can switch the personalisation off and listen to the Nura’s ‘buds in neutral, which – in our experience – means a less interesting, flatter sound.

The long and short of it is that – from a sound perspective – with that personalisation on and immersion enabled, the NuraTrue help breathe new life into our favourite songs.