Nvidia is kicking things off in 2022 with a couple of new GPUs for mobile computers. The company has announced the new GeForce RTX 3070 Ti and the GeForce RTX 3080 Ti laptop GPUs that’ll power the next generation of powerful gaming and content creation notebooks in 2022 and beyond. The new laptops powered by these new GPUs will be out in February from a bunch of Nvidia’s partner OEMs including Alienware, Razer, and more. 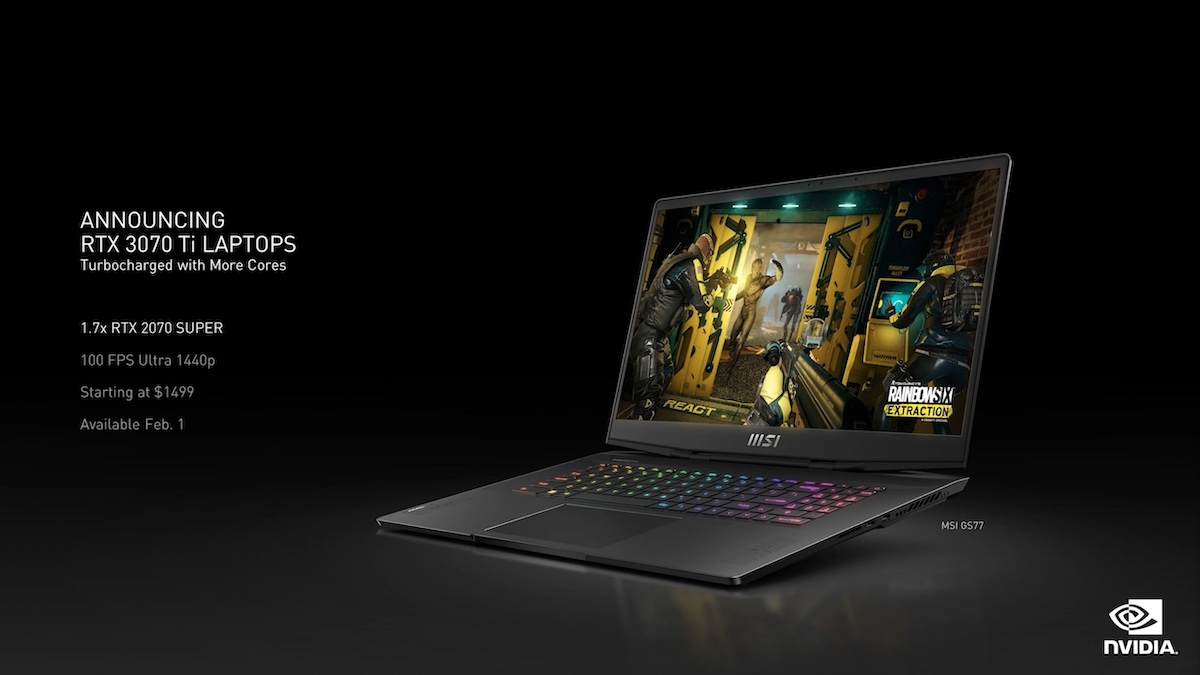 Unlike its usual launch briefing, the company decided to rush through the announcements without getting into too many details. When it comes to the RTX 3080 Ti laptop GPU, the company says it’ll allow you to play games at 1440p with well over 120FPS. Nvidia also says the RTX 3080 Ti laptop GPU is faster than the desktop Titan RTX graphics card, which is quite impressive. Lastly, Nvidia also confirmed that it features 16GB GDDR6 VRAM to enable high-fidelity in games. The new gaming laptops powered by the RTX 3080 Ti GPU will be available in February starting at $2,499.

There’s also the GeForce RTX 3070 Ti graphics card which is said to be up to 1.7x faster than the RTX 2070 Super GPU. This particular GPU, according to Nvidia, will enable gamers to experience 1440p gaming with well over 100FPS on board. The RTX 3070 Ti-powered laptops will also arrive in February and will start at $1,499. 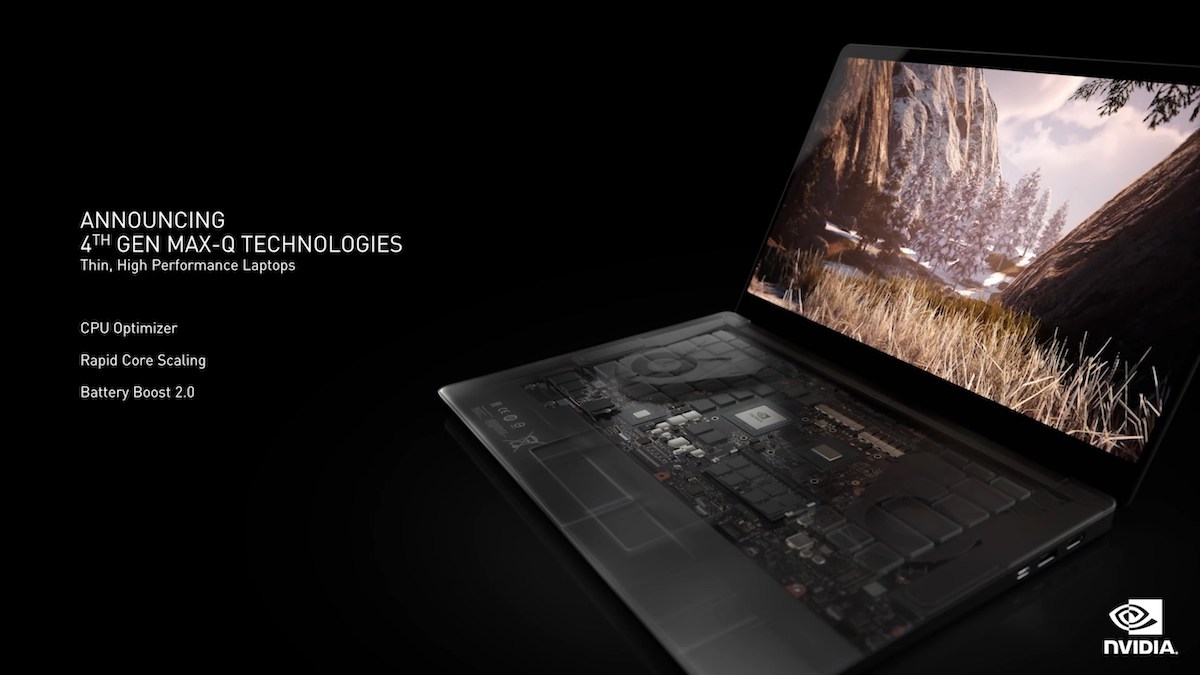 Part of the reason why Nvidia didn’t get into the GPU specs is that the company put more focus on explaining what’s really driving these new gaming laptops. The next generation of Max-Q technology for gaming laptops will have the ability to control the device’s CPU, GPU, and more to create a unified experience and increase the overall performance of the machine. The new generation of Max-Q technology will use features such as CPU Optimizer, Rapid Core Scaling, and Battery Boost 2.0 to improve the overall experience of using a notebook.

We expect to have more details about the new GPUs and the Gen 4 Max-Q technology soon when these new notebooks arrive on the market. We also expect these new RTX 3000 series laptops to have varying clock speeds, and total graphics power (TGP) based on the thermal design.