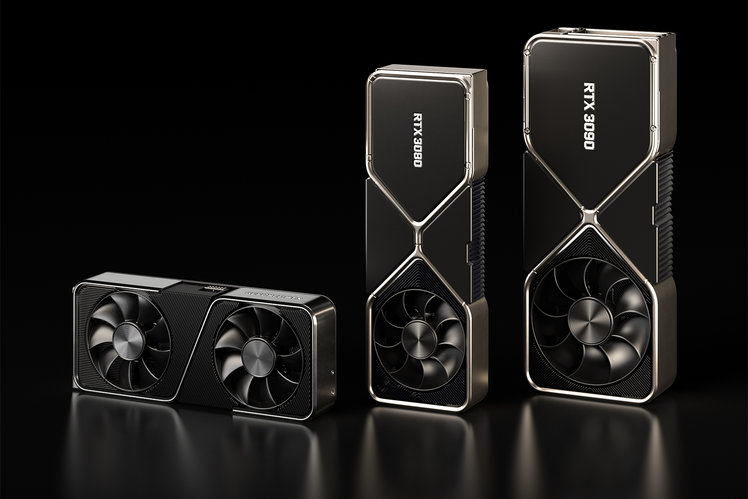 The ongoing pandemic has clearly affected all our lives, some far more than others. It also continues to affect the tech world, with the games industry just one to have been hit by global semiconductor shortages.

Sony cannot make enough PlayStation 5 consoles to meet demand, the same is true of Microsoft and the Xbox Series X and S. Then, in the PC gaming sphere is Nvidia. Its latest 30 series graphics cards are proving just as elusive – selling out almost instantly each time they hit online stores.

Pocket-lint spoke with Nvdia’s head of European consumer PR, Ben Barraondo, to find out why that’s proven to be the case: “When we look at the impact that pandemic has had on technology in general, I would say the most obvious impact is it’s accelerated what people are doing. It’s accelerated certain buying habits,” he explained to us for the latest episode of the Pocket-lint Podcast.

“I certainly think gaming is one of those where people are investing more into their gaming rigs than ever before.

“Because of that, people are actually doing a few things. One, it means that the most important chip inside a PC has become the GPU. And two, it means that people are spending more on their rig, whether that’s higher-end components or a slightly higher end laptop.

“So when we look at the demand and how many GPUs we’ve been selling, I would say the demand has been 100 per cent unprecedented.”

Even without the pandemic, though, sales of Nvdia cards have risen, especially thanks to the RTX series, with ray tracing, DLSS and other innovative technologies that others (and consoles) are now starting to catch-up on.

“We’ve been trying our best to get more and more stock into etailers. But equally, when you compare it back to previous generations, we’ve been selling more than ever before,” he added.

“The stock is getting there, but ultimately, people are now moving to a new part of what is important to them in terms of tech. And stuff like laptops, gaming PCs, are extremely important to many people now. That’s what you’re seeing the big increase from.”

You can hear the whole interview in the Pocket-lint Podcast, where we also discuss frame rates and their importance on all forms of games, plus cloud gaming and GeForce Now.