Nvidia ended support for Microsoft’s Windows 7 and 8.1 operating systems in 2021 officially. The company announced that it would release critical security updates for unsupported systems until September 2024. 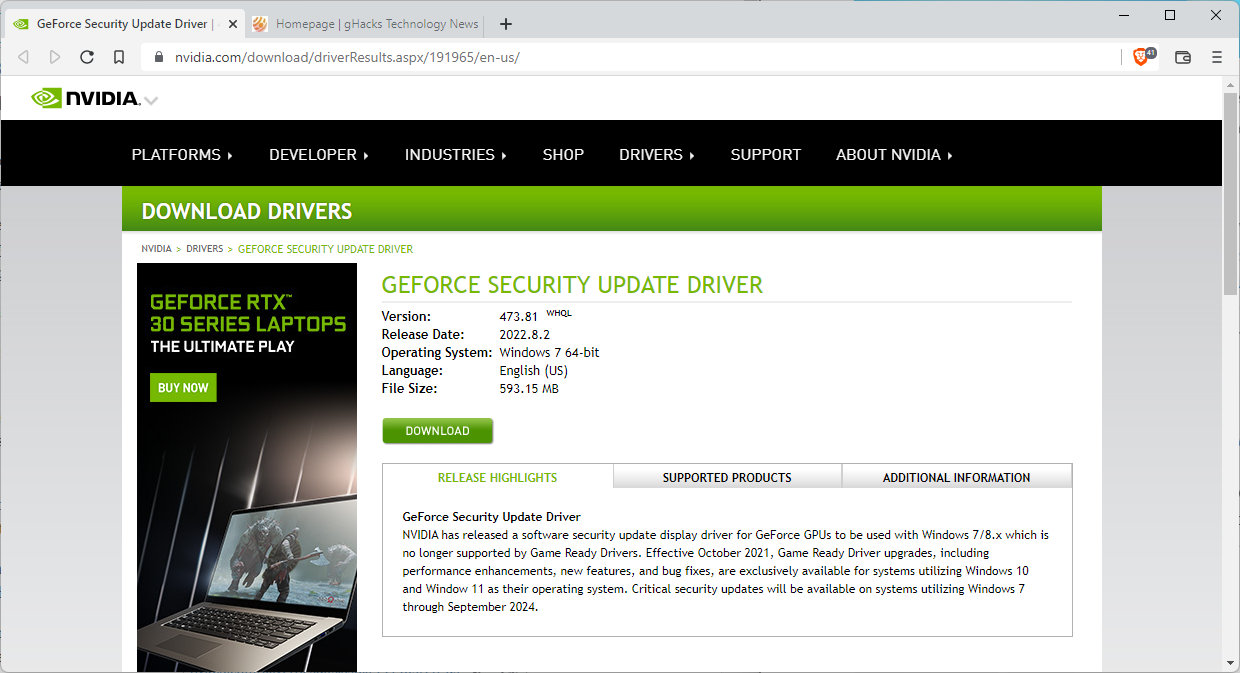 Nvidia released GeForce Security Update Drivers for Windows 7, Windows 8, and Windows 8.1 this week. The release has the version 473.81 and includes only security related changes, but no feature additions or improvements regarding games or other applications.

The company notes in the release notes:

NVIDIA has released a software security update display driver for GeForce GPUs to be used with Windows 7/8.x, which are no longer supported by Game Ready Drivers

The security bulletin is available here. It lists the security issues in the GPU display driver and VGPU software that Nivida patched in the update. The severity rating of the bulletin is high.

Information about each of the individual vulnerabilities is found in the security bulletin. The highest rated vulnerabilities may lead to denial of service, information disclosure, escalation of privileges, or data tampering when successfully exploited.

Windows users who run Windows 7 or 8/8.1 systems with Nvidia video cards should install the latest display driver for the system to patch the vulnerabilities and protect their devices against potential attacks that target the vulnerabilities.

The GeForce Security Update Driver is available on Nvidia’s driver downloads website. Just click on this link to open the download page and activate the “download” button to start the download. The installer will replace the existing driver with the updated version.