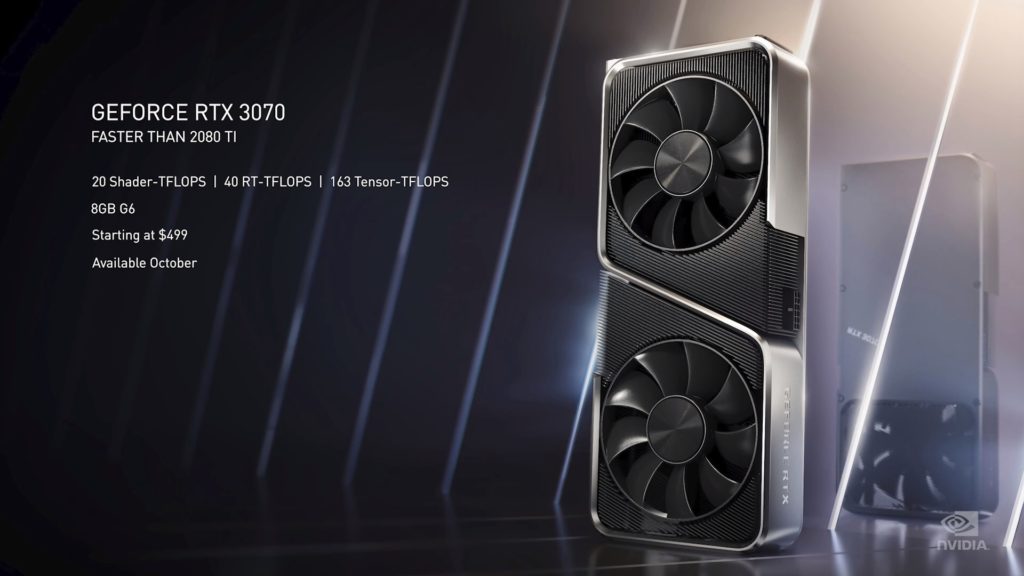 The RTX 3070 was scheduled to release on the 15th of October, but a blog post from the GPU giant confirms that they will be delaying the release of their cheapest RTX 3000 GPU so far by two weeks.

The move, NVIDIA says, is in order to avoid the supply limitations that plagued the launches of the RTX 3080 and RTX 3090, something they were widely criticized for by news outlets. This delay also pushes back the 3070 release to be just one day after the AMD Radeon RX 6000 reveal that is scheduled to be held on the 28th.

The RTX 3070 is so far set to be launched at an MSRP of $499, and partner cards will cost roughly the same amount as well, depending on their feature set. NVIDIA also reminded their customers that the RTX 3070 will have a performance similar to the RTX 2080 Ti from 2018, which cost twice the price of the upcoming 3070.