We spoke to you very early about the possibility of an RTX 3080Ti. Eventuality which was reinforced with the arrival of the RX 6800XT and 6900XT.

If we give credence to the latest rumours coming from certain manufacturers, Nvidia will launch a new high-end GPU next January. This new card would be positioned between the current RTX 3080 and the 3090. 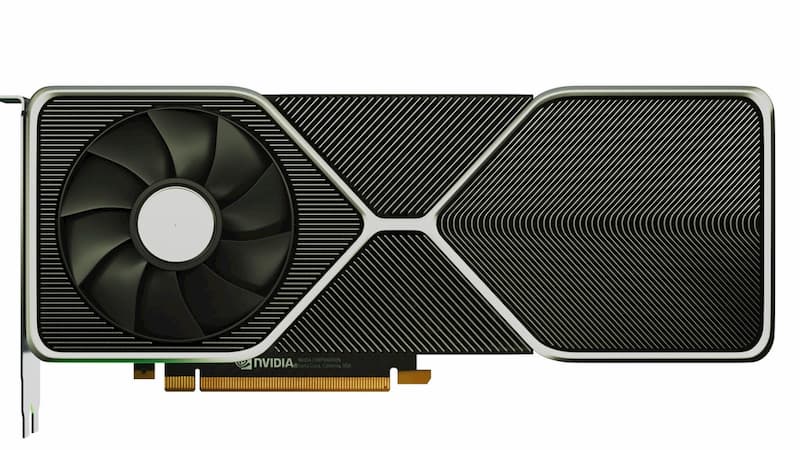 We have not been able to confirm the existence of this map with our sources today. Videocardz seems to give credit to this information even though they acknowledge that Nvidia has already changed their road maps several times in the last few weeks.

Our colleagues are taking the opportunity to publish a summary table of the RTX 30XX range by integrating this potential new board. 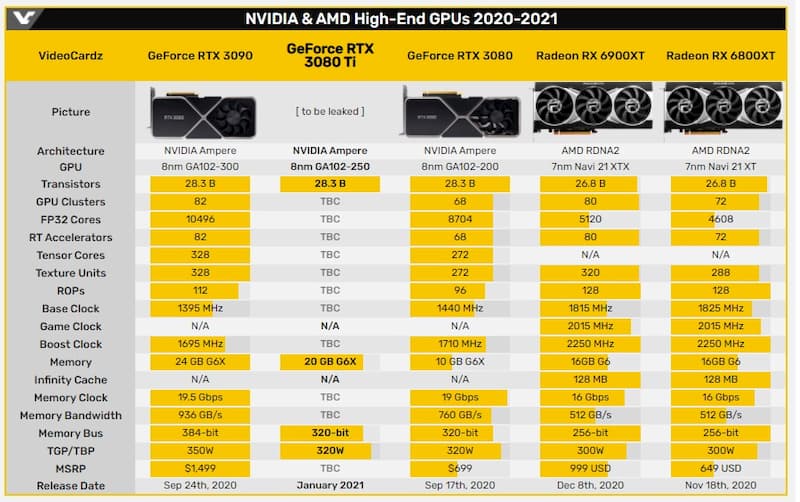 An outing in January is difficult to envisage?

If the arrival of an RTX 3080Ti is clearly conceivable, if only considering the space left between the 3080 and the 3090 by Nvidia, an arrival in a few weeks seems hard to believe. This is our reasoning :

But we also keep in mind Nvidia’s behaviour and communication over the last few months… A paper launch, without stock is therefore not to be excluded. An option that would further disrupt the market and the chameleon’s relations with its partners…

The post One step closer to a GeForce RTX 3080 Ti? appeared first on HardwareHeaven.com.