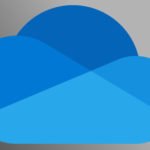 If you are using the OneDrive sync client on Windows, you are currently using a 32-bit app to move the data between your local device and the cloud. While 32-bit apps are not necessarily a bad thing to run in 2021, they are a bit more restrictive in terms of resources and are slowly being phased out.

And that goes for the OneDrive sync client with Microsoft announcing that the application is now available for Windows users as a 64-bit app. The announcement is part of MC249393 and you can read it here.

The preview of the app is available for download (link below) and is starting to roll out in early April. The app should reach general availability by the end of the month and will arrive on most machines around that time. The OneDrive 64-bit version is only for AMD64 devices, for ARM64 devices, you should continue to use the 32-bit version of OneDrive.

Microsoft does not detail any new features that are coming with this move from 32-bit to 64-bit but generally speaking the biggest update is that the app can access more RAM when needed.

While this is not the largest announcement in the world of Microsoft 365, OneDrive is a critical part of workflows for making sure your data is available locally on your device but also backed up in the cloud as well. By moving OneDrive to a 64-bit app, for higher-end machines, there is potential for performance improvements as the app is now better suited for running on a 64-bit version of Windows 10.

The post OneDrive Sync Client is Finally Available as a 64-bit App appeared first on Petri.