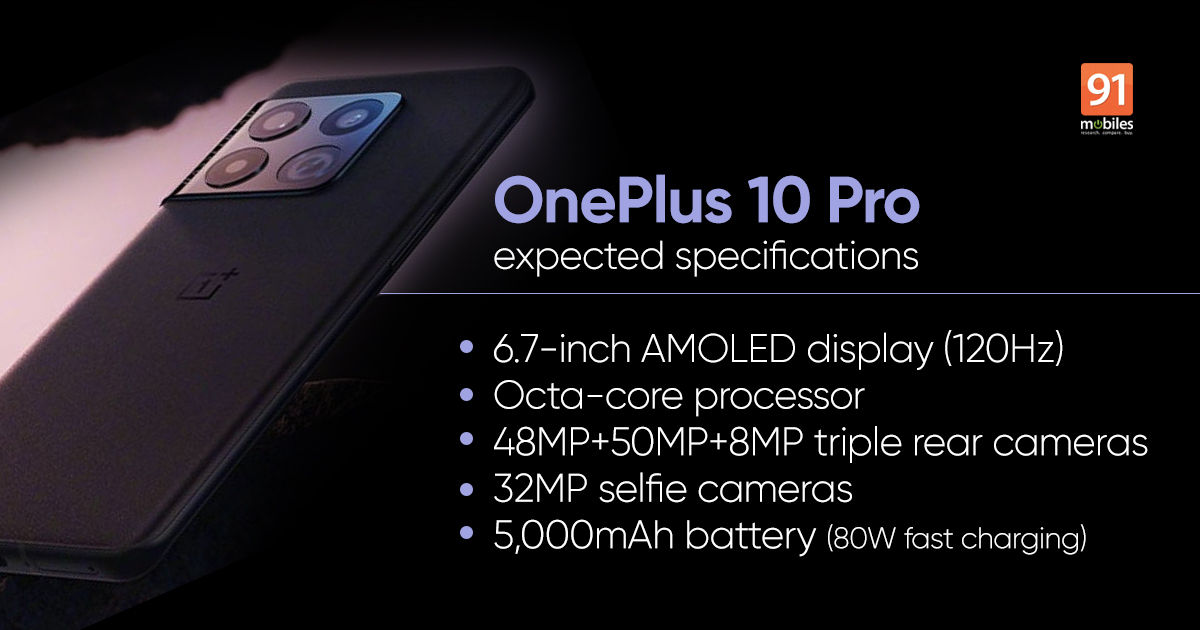 OnePlus 10 Pro is scheduled to launch in China on January 11th and the company has officially teased the design. Now, while we wait for the announcement, the OnePlus 10 Pro has appeared on TENAA with the model number NE2210. The listing, however, lacks images of the phone, but we already know what the phone looks like thanks to the official renders. This comes days after it appeared on China’s 3C authority. Among the key OnePlus 10 Pro specifications revealed in the TENAA listing are a 6.7-inch AMOLED display, 48MP triple cameras, 4,880mAh battery, and up to 256GB storage.

OnePlus Pro has a 2,440mAh battery but it could be a single cell capacity, with a combined capacity of 4,880mAh battery (should be marketed as 5000mAh typical). The recent 3C listing shows it may carry an 80W fast charging and rumours indicate it may offer 50W wireless charging. Connectivity options include 5G, Wi-Fi 6E, Bluetooth, GPS, and probably a USB Type-C port.

As for the optics, the OnePlus 10 Pro has been listed with a 48MP primary sensor, a 50MP secondary lens, and an 8MP third lens. 3x optical zoom is mentioned in the listing as well. There is a 32MP snapper on the front for selfies and video chats.

The listing says the phone will come in White, Green, and Black colour options.

While the TENAA listing doesn’t reveal this, the handset will be equipped with an IP68 rating for water resistance and an Alert Slider. The phone will come with Android operating system, very likely Android 12, and feature ColorOS 12 skin on top.

We should know the complete specifications and pricing when it launches next week. Stick around.