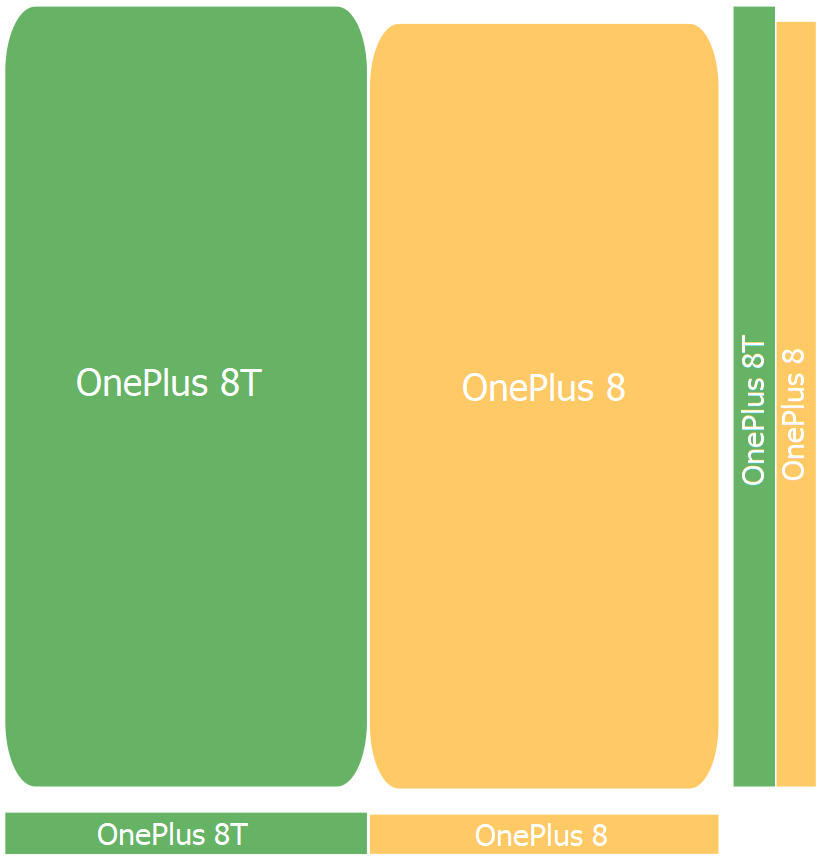 OnePlus 8T – the successor to OnePlus 8 – is all set to go official on October 14. So far, leaked renders from a fairly credible source have given us an idea of how the phone looks like, and we even know some of its key specifications as well. Now, leakster Steve H. aka @OnLeaks has shared the dimensions of the OnePlus 8T on Twitter, and it appears that it will be bigger than the OnePlus 8 on all sides. What this means is OnePlus 8T will be taller, wider and thicker than the OnePlus 8, despite packing a flat panel, and that too, with almost the same screen diagonal.

Additionally, OnePlus has been takling the social media hype of its upcoming smartphone to a different level. After revealing the OnePlus 8T’s retail packaging, which is almost identical to the one we saw for the OnePlus 8, the company is now teasing fans with offering them the first look of the phone if the tweet garners enough likes. “The lid’s off! 20K likes and we put the phone in the box,” the company teased. Earlier this month, the smartphone maker confirmed that the OnePlus 8T will run OxygenOS 11 (based on Android 11) out of the box and that there will be no OnePlus 8T Pro this time around.

The post OnePlus 8T leak suggests it will be bigger than its predecessor on all sides appeared first on Pocketnow.