OnePlus 9 series launch is expected to be hosted in Q1 2021. As we get closer to the launch date, more details of the OnePlus 9 have started surfacing online. A new report from 91Mobiles claims to have leaked the OnePlus 9 CAD renders, revealing the new design and key specifications. Based on the leaked renders, the device will have a triple-camera setup, a flat display with a hole-punch cutout. The screen will come with a 120Hz refresh rate, instead of a 144Hz panel, according to the 91Mobiles report. Let’s take a look at the alleged leaked OnePlus 9 design, its specifications, features, and other details.

OnePlus 9 CAD renders leaked ahead of the official launch 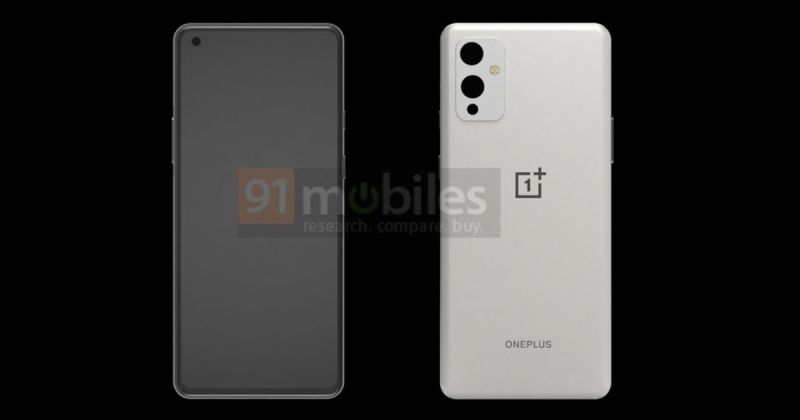 Leaked CAD renders suggest that the OnePlus 9 will sport a larger screen compared to the OnePlus 8T’s 6.55-inch display. The screen is said to be flat and will also come with a hole-punch cutout on the top-left corner. Furthermore, the device will come with a 120Hz refresh rate. Reports in the past claimed that the upcoming OnePlus flagship is likely to support a 144Hz refresh rate.

The rear panel will be curved and sport a rectangular camera module housing three sensors. According to the report, all of the three sensors will be placed vertically, two out of which would be larger than the third. The LED flash too will be positioned next to the sensors inside the camera module.

Minutes after the alleged renders were leaked, notable tipster Max J expressed his concerns stating that the CAD is inaccurate.

Both smartphones are expected to be powered by a Qualcomm Snapdragon 875 processor, which is scheduled to release at the Qualcomm Summit in December 2020. The devices are also likely to feature a dual stereo-speaker setup, NFC, and an IP68 rating for water and dust resistance. We can also expect the upcoming OnePlus smartphones to feature 65W fast charging and fast wireless charging.

What do you think about the leaked CAD renders? Do let us know in the comments below.