Adding to the long list of leaks and speculations, we now have a new one that throws light on the possible design and some features on the elder sibling, the OnePlus 9 Pro. Let’s see what is it all about.

According to a YouTube video by the Dave2D, the OnePlus 9 Pro is expected to look a lot different than the OnePlus 8 series. The phone is expected to adopt a rectangular rear camera module, arranged vertically, taking cues from Samsung. This is something we have been hearing for some time now but the new leak changes the camera placement fully.

The video hints at two big camera sensors arranged vertically, followed by two smaller sensors placed next to each other, beneath the other two lenses. The camera setup is also seen housing an LED flash and possible laser autofocus.

While we lack information on the cameras, it is expected that there could be the main camera, a telephoto lens with up to 3.3x zoom, a macro lens, and a depth sensor.

But this is not the interesting part. The Hasselblad branding is. The camera module also features the branding, meaning that OnePlus will collaborate with Hasselblad for the camera lenses. This makes us believe that the new OnePlus phones will focus on the cameras and come up with major camera improvements, something we have been wanting for a while now. The Hasselblad collaboration has also been confirmed by tipsters Max Jambor and Max Weinbach.

The design department is also expected to see the glass, glossy back with a curved metal frame. The front, however, won’t see a change. There will be a punch-hole display with QHD+ screen resolution and a 120Hz refresh rate.

As for the specs, the OnePlus 9 Pro is likely to come with up to 12GB of RAM and up to 256GB of storage. While the new leak doesn’t mention anything about the processor, the OnePlus 9 series is highly expected to get the latest Qualcomm Snapdragon 888 processor. 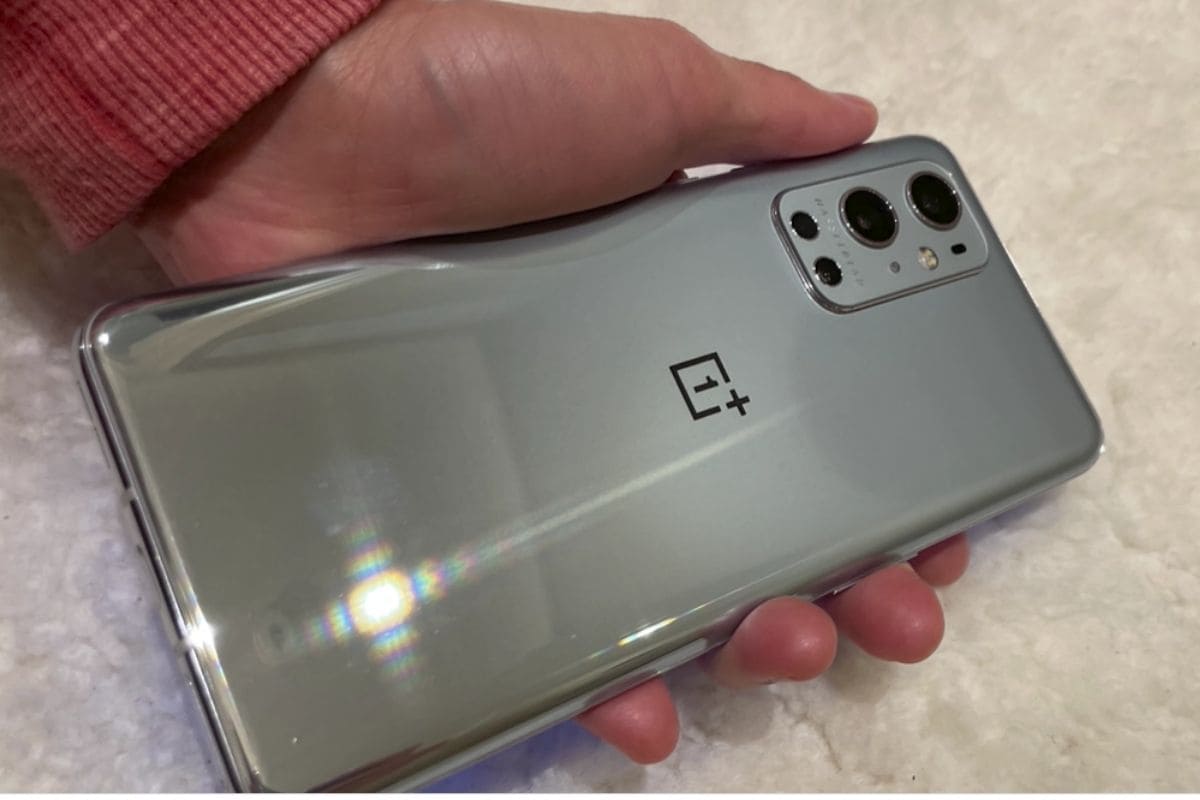 The phone is also speculated to come with 65W fast charging as compared to the OnePlus 8 Pro. There could also be support for 45W wireless charging. The phone is expected to run Android 11 based on OxygenOS 11.

As a reminder, the aforementioned details are just rumors and with no official information available, we recommend you take them with a grain of salt. OnePlus is expected to launch the OnePlus 9 series in March or April this year and we are expecting to see more details prior to that.

Hence, stay tuned for more details on the same.