Just two days ago we got our first look at the OnePlus 9 in a set of unofficial renders. Today, we have a Geekbench listing for the alleged OnePlus 9 Pro which is powered by the Snapdragon 875 chipset. 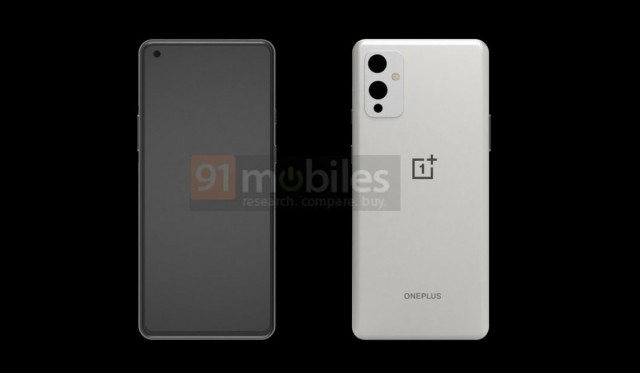 The device managed 1,122 points in the single core test and 2,733 points in the multi core department. The phone appeared with the LuBan LE2117 codename and 8GB RAM. The listing also revealed the CPU’s base frequency is 1.8 GHz. 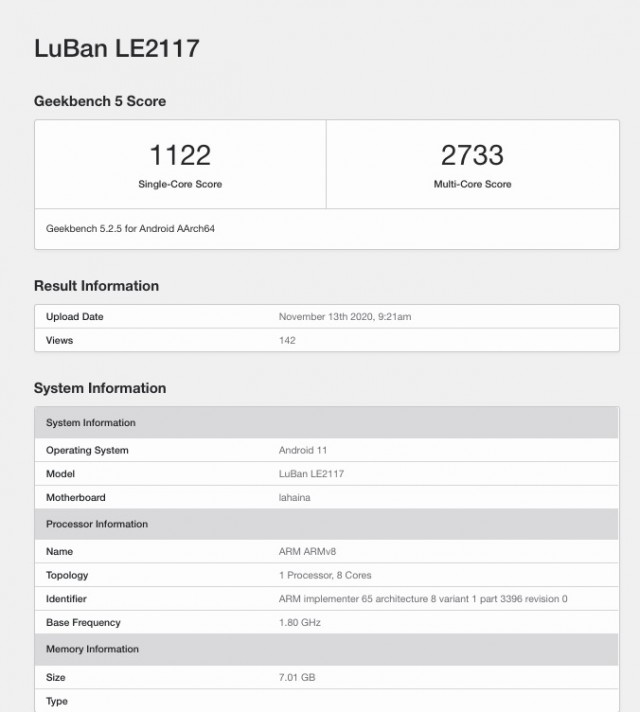 Previous leaks reported that the chipset will feature a Cortex-X1 performance core running at 2.84GHz alongside three Cortex-A78 cores at 2.42GHz and four Cortex-A55 cores clocked at 1.8GHz. As a whole we’re expecting a 20-25% boost in performance compared to the Snapdragon 865.

The Snapdragon 875 should be announced on December 1 at Qualcomm’s annual conference in Hawaii. According to rumors, we should see the debut on the OnePlus 9 series in March next year. The OnePlus 9 is expected to arrive to both Verizon and T-Mobile in the US.