OnePlus Nord 2 design has been revealed for the very first time. The original OnePlus Nord phone will succeed the upcoming one. The release of the Nord 2 is likely next month, possible in the later half.

Folks at 91Mobiles in association with Onleaks have revealed the OnePlus Nord 2 design via 5K renders for the very first time. By the looks of it, the upcoming OnePlus Nord 2 appears to sport a pretty clean design with triple rear cameras, punch-hole cutout, an in-display fingerprint sensor and much more.

In the renders, the OnePlus Nord 2 appears in grey colour option. We expect the phone to be available in many more colour options as well, which the company should reveal at the launch event. 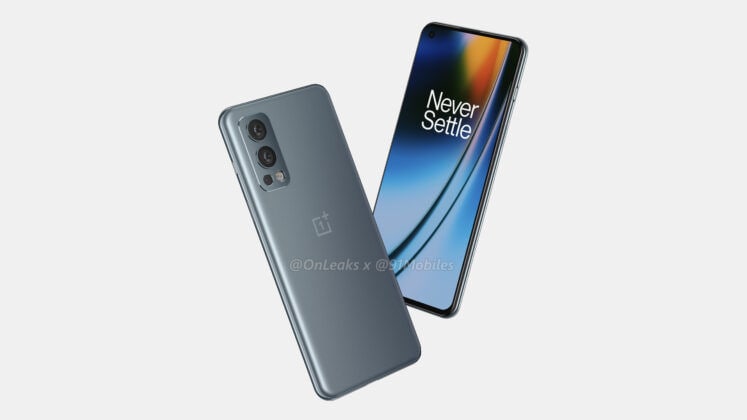 Overall, as far as the design is concerned, the upcoming OnePlus Nord 2 takes inspiration from OnePlus 9 series, launched earlier this year. The 5K renders show the phone with narrow bezels, punch hole cutout, power button and alert slider on the right, and volume rocker at the left. Renders also reveal the upcoming OnePlus phone with an LED flash, rectangular camera module, OnePlus logo, SIM tray, speaker grill at the bottom, USB Type C port, among others.

As far as the specs are concerned, the OnePlus Nord 2 is expected to come packed with 6.43-inch FHD+ AMOLED display with a 90Hz refresh rate, MediaTek Dimensity 1200 SoC, up to 12GB RAM and 256GB of internal storage, 50-megapixel triple rear cameras, a 32-megapixel selfie shooter, a 4500mAh battery with 30W fast charging support and more.