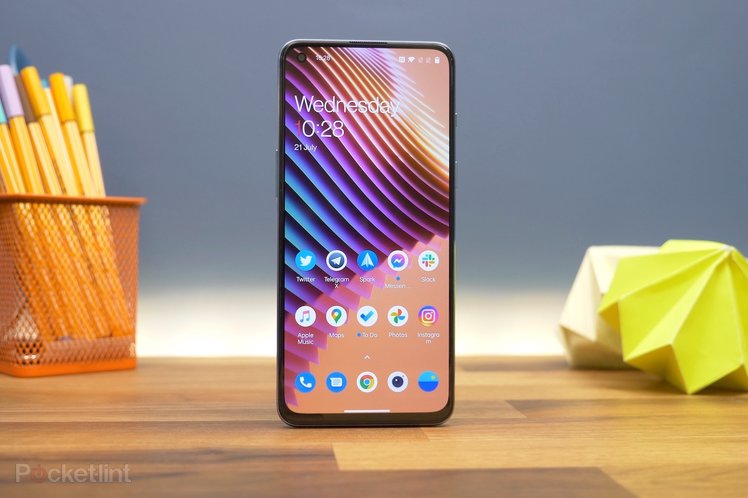 The OnePlus Nord was the sign of a new era for OnePlus. The once “flagship only” company was now making mid-range phones. But the original Nord was there to show us the manufacturer could deliver great performance in a device that cost less than half the amount of its top-tier devices.

For 2021 the Nord is back, and this time it’s seemingly designed to cannibalise sales of OnePlus’ more expensive phones. It’s got a near-as-makes-no-difference flagship processor, top specs, and a comfortable price tag.

With the Nord 2, OnePlus has designed a mid-range phone that looks like it’s part of the same family as the OnePlus 9 and 9 Pro. It’s the camera housing that does it.

The two main cameras have metallic rings around them, and they’re sat in a metal protrusion that’s colour-matched to the glass on the back of the phone. It even features shiny chamfered edges. It’s a much neater and more purposeful design than the first Nord managed to pull off.

There’s Gorilla Glass 5 on the front and back, with curved edges on the rear to help make it feel a bit more comfortable to hold. The frame – while metallic looking – is actually plastic, just like the first Nord.

There’s nothing really to shout about in terms of overall look. It’s very much your standard 2021 mid-ranger in that it has a hole-punch camera stamped through the top left corner of the display, with thin bezels around three of the sides. The bottom still has that slightly chunky ‘chin’ too. 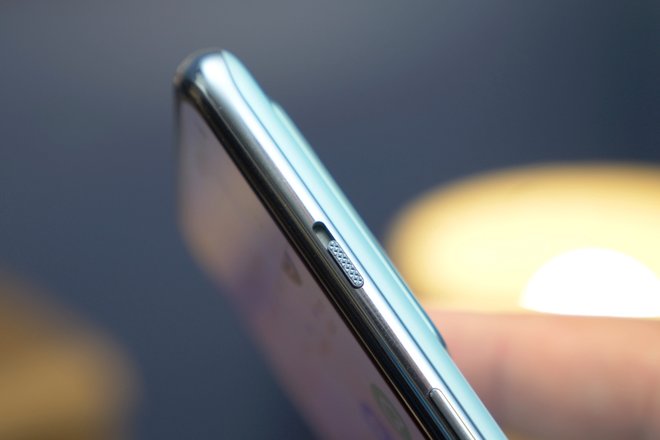 Unlike the Nord CE which came before it, OnePlus opted to include the alert slider switch on the right side of the Nord 2. This allows easy switching between ring, silent and vibrate modes.

As far as basic specs goes, there’s not a huge amount of difference between the display of the second-gen Nord and the original. It’s got the same 2400 x 1080 Full HD+ resolution, 90Hz refresh rate, and HDR10+ compatibility. 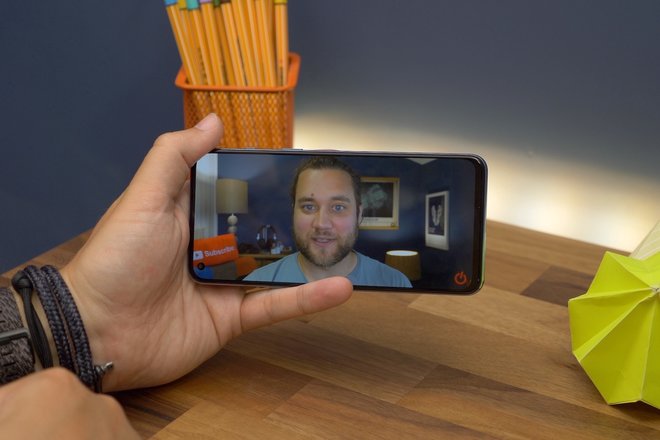 What that means in reality is the screen should be bright, feature high contrast levels and vivid colours. It’s AMOLED, as is usual for OnePlus, and that means deep black levels.

On first impressions, it certainly seems like a good enough display. Animations in the interface are fluid, and the darker elements are really dark. The one thing we’ve noticed initially, looking at mostly white screens – like settings menus or Google Play’s update list – is that when you view the screen at an angle, there’s some colour shift. It skews a bit towards green depending on the angle.

Of course, we need a bit more time with the phone to bring our full impressions, but we don’t see anything major wrong with it yet. In fact, it seems comparable to a lot of top Android displays in terms of brightness, detail and colour.

What’s more, the Nord 2 runs Oxygen OS (version 11.3), which includes – among other things – a screen calibration option. You can choose how warm or cool the display is, as well as how vibrant or muted you want the colours to be. 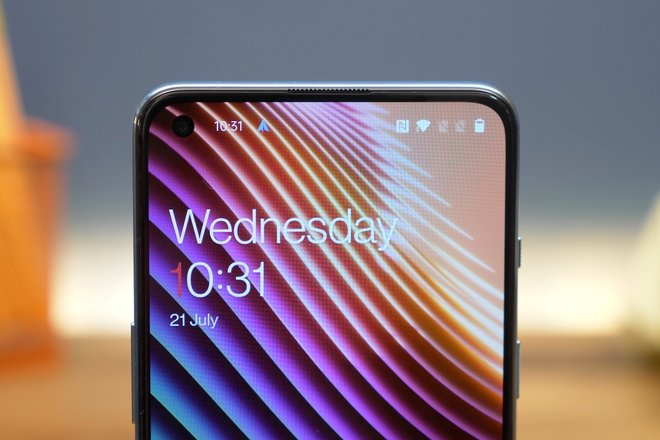 Interestingly, there are hints within the latest software showing the influence of Oppo now that the two companies have joined their software and research and development teams. The settings menu looks much more similar to ColorOS, and OnePlus Switch has been dropped in favour of a Oppo’s Clone Phone app (albeit with OnePlus’ red and black colours). Similarly, the camera app appears to be Oppo’s too. If this shows signs of things to come, we suspect future versions of Oxygen OS will be even more like ColorOS.

For anyone who has followed OnePlus since its inception there will be one thing that stands out on the Nord 2’s spec list: the processor. It’s not a Qualcomm-made Snapdragon chipset. Instead, OnePlus opted to go with MediaTek. Specifically, this is the Dimensity 1200. Technically speaking, it’s actually the Dimensity 1200-AI, which OnePlus says is exclusive to the Nord 2 and was co-developed between the two companies. 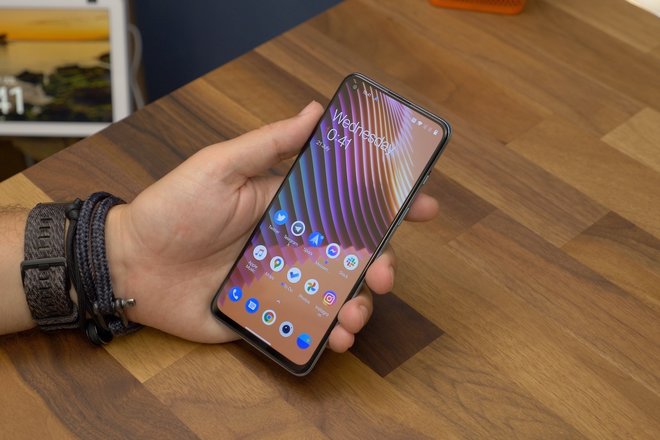 In Snapdragon equivalent terms, this MediaTek chip promises similar performance to the Snapdragon 870, which we already know is quick and powerful.

In our initial testing, the Nord 2 certainly seems zippy and responsive, but as with everything else we need more time living with it properly to tell what it’s like. Early gaming sessions suggest that it’s great though.

As for other hardware details, in the UK there will be two RAM variants: 8GB or 12GB. Battery specs are the same as most recent OnePlus flagships: 4500mAh. And what’s potentially exiting is that it uses the split/dual battery design to enable really quick charging.

The Nord 2 ups the ante from last year’s Nord by making use of the 65W Warp Charge tech. In real life that means you’ll completely fill an empty battery in little over 30 minutes. All in all, it’s a promising spec list for a device that’s shaping up to try and compete with the big guns.

For its camera system, OnePlus went with a flagship quality sensor for its primary camera, utilising a 50MP one – the same as the sensor in the Oppo Find X3 Pro and in the ultra-wide camera of the OnePlus 9 Pro. 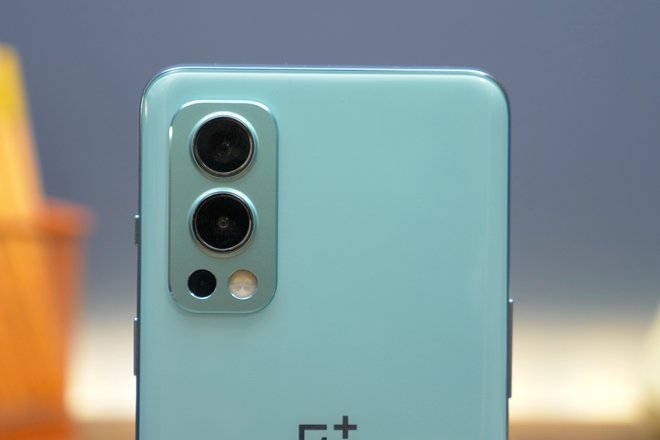 It’s equipped with optical stabilisation for better low-light performance, while part of the Dimensity 1200-AI’s performance boost means night mode is improved. OnePlus says you’ll be able to shoot clear Nightscape mode shots with the equivalent of just one candle’s worth of light in a room – but we’ll see how well that works with further testing.

There’s a lower resolution 8-megapixel ultra-wide alongside the main, as well as a third monochrome sensor that’s just there to help add more light data.

Early outdoor testing suggests you should expect sharp and vibrant shots in good daylight. Background blur seems nice, although a little unnatural at times. There seems to be a little inconsistency in colour balance between the two useable lenses, which we’ll keep looking at throughout our testing period. We need to do a lot more shooting with it yet, so stay tuned for our full review in the near future.