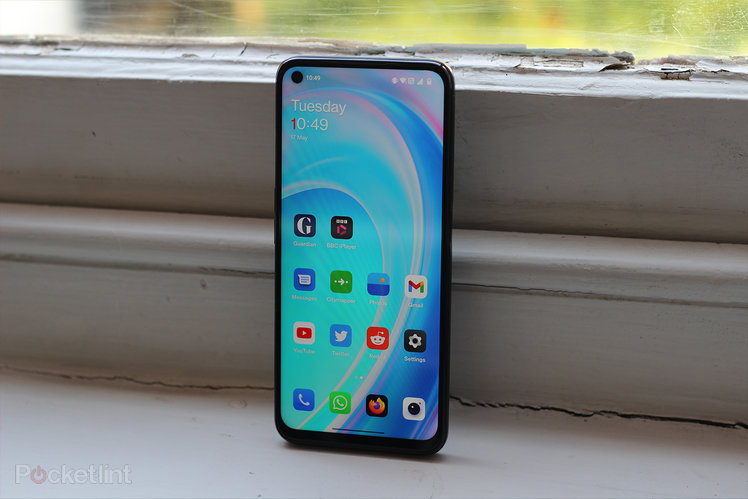 OnePlus isn’t so much the underdog anymore – its portfolio of phones seems ever-expanding in 2022. The Nord CE 2 Lite is the latest in a growing line of budget options that retain the low pricing OnePlus launched with all those years ago, but can’t match the flagship-killing specs.

It’s a phone that looks pretty nice on the surface, and does pack in some impressive features at this price (£279), but the actual user experience doesn’t feel quite good enough when you get down to it.

OnePlus has kept things pretty simple when it comes to the look and feel of the Nord CE 2 Lite – it’s on the edge of being pretty generic, in fact. The phone has a plastic back and is sizeable but impressively slim at just 8.5mm thick.

The display is completely flat on the front, with a curved metallic band meeting the all-plastic back of the phone, which is matte in most places and features a subtle glossy OnePlus logo. The traditional One Plus notifications slider switch is sadly missing in action. 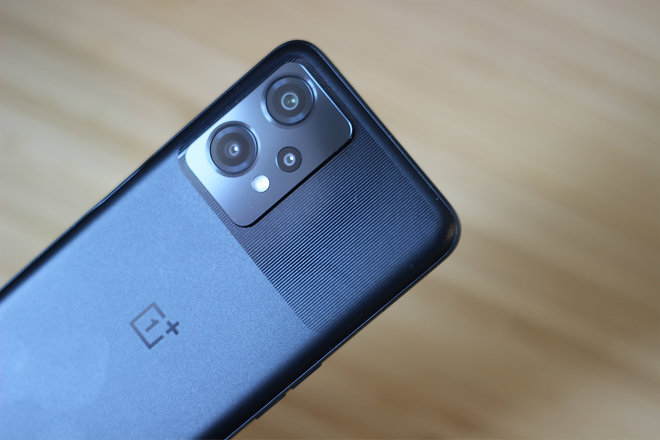 Up at the top of the phone is a small accent detail, with glossy stripes giving the phone a little personality alongside a pretty normal-sized camera bump.

This bump makes it look a lot like the phone has a bunch of cameras, although in practice you’ll only really use the main shooter. It’s raised in such a way that dust collection is indeed one of its annoyances, something it has in common with a host of smartphones right now.

A hole-punch selfie on the front side rounds things out, and we’ll say we’re pretty unmoved by the phone’s looks – something that cuts both ways. If you’re not too fussed about fashion it’s unlikely to stand out too much (at least in black) but some people might want a little bit more actual design going on.

The phone’s display is certainly sizeable, and brings some solid specs to the table as a pretty crisp 1080p option. Colours and vibrancy are solid although since it’s an LCD you simply won’t get the true blacks and depth of an OLED or AMOLED display.

That resolution means things aren’t grainy at all in normal use, though, which is welcome at this price, with clear text at a range of font sizes and apps that look nice and vibrant throughout our testing. 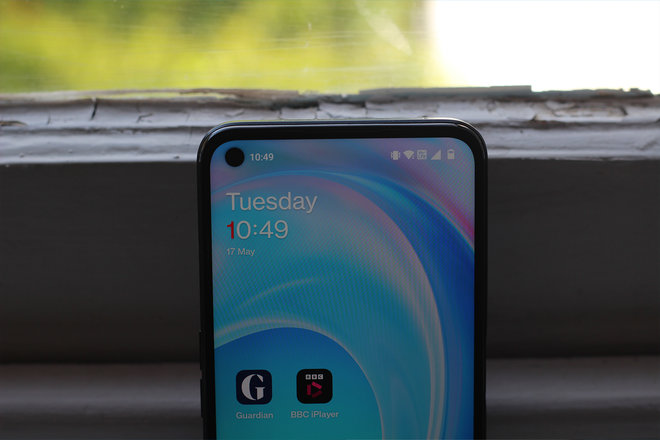 We’re also impressed that OnePlus has managed to squeeze in a 120Hz refresh rate. This means that scrolling can be super smooth and high framerates are more rewarding while you game – the only problem being whether the phone can maintain that performance, which we’ll come on to.

Brightness isn’t something that OnePlus has stuck a number on, but it feels solid – at its dimmest it’s impressively dark but cranking things up to the maximum has been more than enough for outdoor use on even extremely sunny days.

OxygenOS, meanwhile, is much as it ever was – pretty close to stock Android with some small tweaks that you might like but could equally go without. It’s pretty nice and smooth, and the degree of customisation on offer is welcome.

Of course, a lot of the above is about the phone’s specs on paper, and the reality of using it isn’t quite so simple. On the one hand, for example, the screen genuinely does look great most of the time, and the refresh rate can make for a real feeling of smoothness. 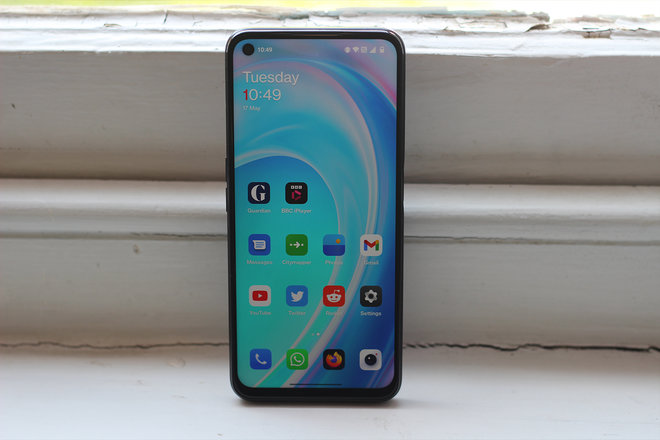 On the other, we’re not entirely convinced the Snapdragon 695 5G at the phone’s heart is cut out for this resolution and 120Hz – we’ve been getting fairly consistent scrolling lag in a range of apps, not a failure of the refresh rate but moreso happening while the phone loads in more content.

We’ve experimented with the phone connected to super-fast 5G and reliable broadband, and even when gaming locally without needing to pull in data there’s still a propensity for lag, especially if you crank up the graphical settings.

This isn’t to say the phone feels slow all the time, but there’s just enough unpredictable lag to be noticeable and a little offputting. This inconsistency raises its head again when it comes to the fingerprint reader on the power button, which is finnicky and unreliable, making face recognition a better bet when you’re setting it up. 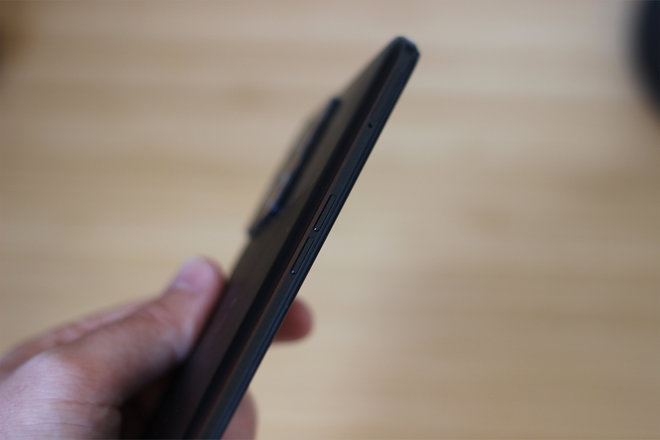 That slight negativity thankfully doesn’t apply to the phone’s battery showing, which takes advantage of a 5,000mAh capacity to easily last through a normal day’s use and sometimes push toward two full days. 33W fast-charging with the included brick means you can power up very quickly, too, another boon for a phone of this price.

There’s no wireless charging here, but at least there is a 3.5mm headphone jack for some options on that front.

OnePlus has also kept things relatively simple in terms of its rear camera array, which largely relies on one main shooter boasting 64-megapixel for a solid level of detail.

It’s a very decent experience for the price, with photos that can use HDR for vivid colours and a nice wide-angle viewpoint for default shots that lets you be confident you can fit everything you’re seeing into the frame.

You can crop into a 2x digital zoom whenever you like for a more square and traditional format, and you can the difference below as you compare the first and second images.

The first two shots have a nice colour palette that’s admittedly a little more lurid and vivid than it is lifelike, but most people are likely to appreciate rather than dismiss that. The third shot, deliberately right into the sun on a hot day, shows that the camera can cope well with challenging lighting situations.

Things get a little grainy at night, despite an included night mode, sadly, though. The included Macro lens is also as gimmicky as you might worry – OnePlus is hardly alone in this, and we can’t figure out why it’s considered cost effective to include such a mediocre option. 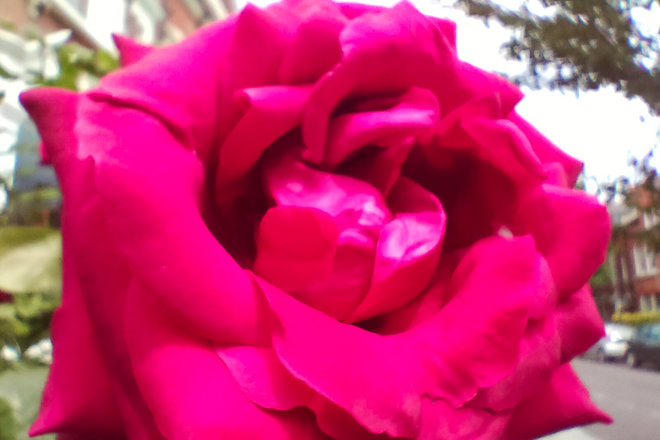 Pulling focus even at the right distance is fiddly and challenging, and the results don’t reward your efforts – we just don’t know who this lens is for.

Moving to the front of the phone, its selfie performance is perfectly solid, although we much prefer the results when we don’t use the now-required portrait mode.

A standard selfie has a solid mixture of detail and sharpness, while the blurring of OnePlus’ portrait mode is just a little bit overtuned and noticeable, in our opinion. Still, it’s serviceable, which is a good word for the camera array as a whole.