OPPO never fails to amaze us with its innovative technologies. The company filed a number of patents for futuristic smartphones in the past, and its latest dual display smartphone patent shows that the Chinese brand is continuing its efforts in introducing more innovative designs to this space.

As spotted by LetsGoDigital, the Chinese tech firm had filed a patent with the CNIPA (China National International Property Administration), which got published earlier this week and was also spotted in the WIPO (World Intellectual Property Office) database as well(via Gizmochina). 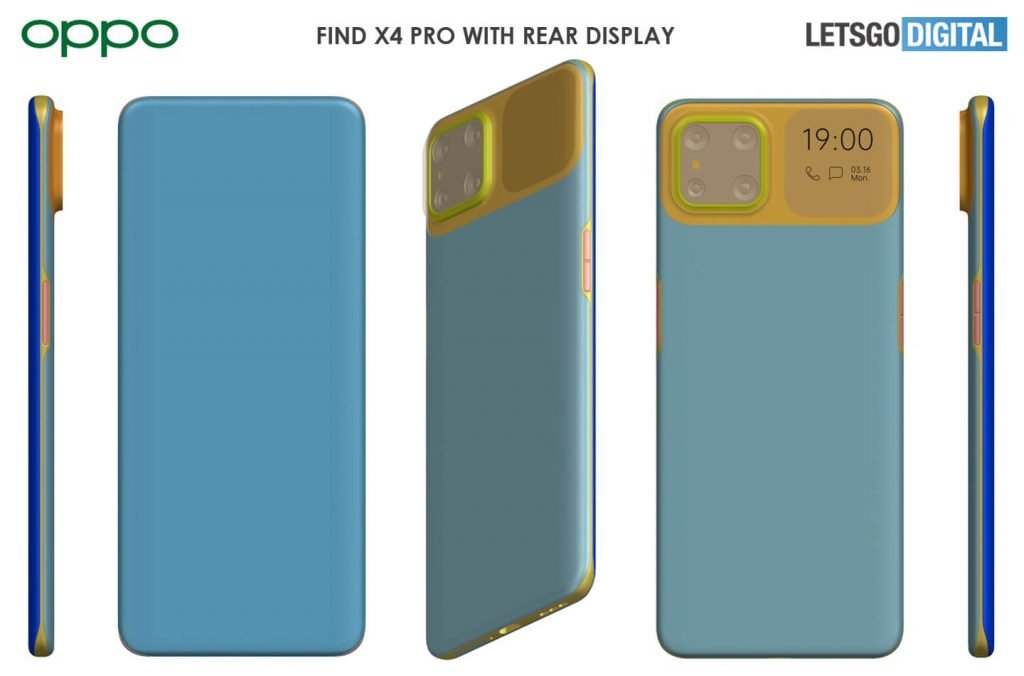 While the usefulness of the secondary display can be questioned, the new design is visually appealing.

The secondary display is not the only thing that will get you excited. The under-display selfie camera in the patented OPPO phone is also quite interesting. It appears to have no bezels at all, and the display is rounded on all four sides. The volume rocker, power button resides on the side edge.

However, we should not jump to the conclusion that this will be OPPO’s new flagship phone. Since this is a patent, there is no guarantee that the company will launch it in the market. However, there is a possibility that OPPO’s upcoming flagship phone, the Find X4 series, might include some unique features from the patented phone. And we won’t be surprised if the new Find X4 series features an under-display selfie camera.

Meanwhile, you can share your thoughts about the patented foldable phone down in the comments section.