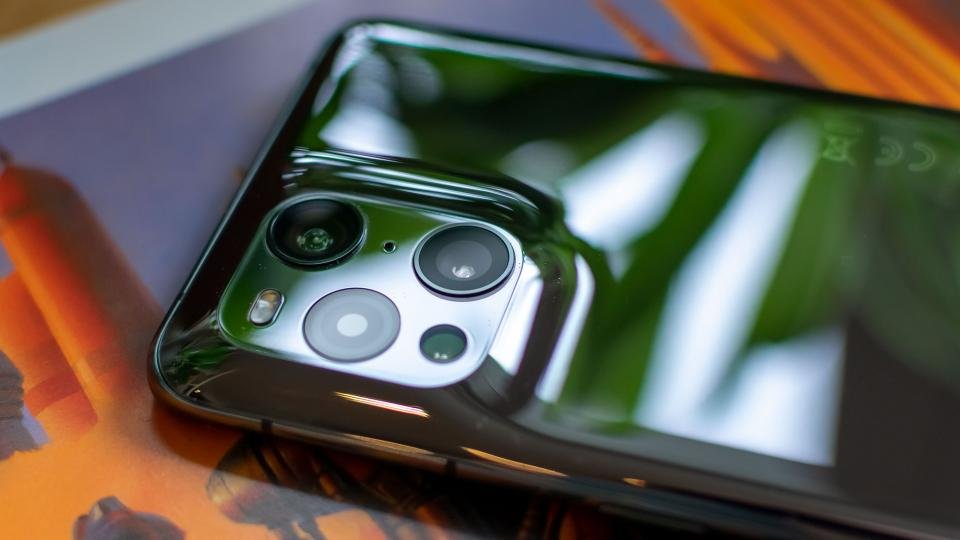 It’s not cheap, but the Find X3 Pro is just as good (if not better) than the Galaxy S21 Ultra

The Oppo Find X3 Pro has received a temporary price drop, exclusively for Amazon Prime members. For a limited time, you can pick up Oppo’s excellent flagship handset for £664 – down from an average price of £1,044.AmazonWas £1,044Now £664Buy Now

Oppo might still be a relatively obscure brand in the UK, but the Chinese smartphone giant is steadily rising up the global market share rankings, recently overtaking the once-great Huawei at the end of last year.

Now the fourth-biggest smartphone maker in the world, Oppo hopes that you’ll ignore more mainstream handsets such as the iPhone 12, Samsung Galaxy S21 and Xiaomi Mi 11, instead spending your hard-earned cash on something off the beaten track: the Oppo Find X3 Pro. 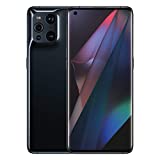 Oppo Find X3 Pro review: What you need to know

Why, then, should you spend the same amount of money on a relatively obscure flagship, instead of anything from the usual lineup of big hitters? Well, to begin with, the Find X3 Pro is just as well-formed as anything Apple or Samsung can currently muster.

Inside, you’ll find the latest Qualcomm Snapdragon 888 chipset, alongside a generous dollop of 12GB of LPDDR5 RAM and 256GB of (non-expandable) storage. It also runs Android 11 out of the box, is IP68 rated for dust- and water-resistance, can connect to the 5G network in the UK at no additional cost and has a fancy mirrored design.

The Find X3 Pro’s large 6.7in QHD+ AMOLED screen uses a 10-bit panel and has a maximum refresh rate of 120Hz at native resolution. An intriguing “Microlens” camera sits on the back of the phone, too, alongside the usual mix of main, wide-angle and telephoto zoom sensors. 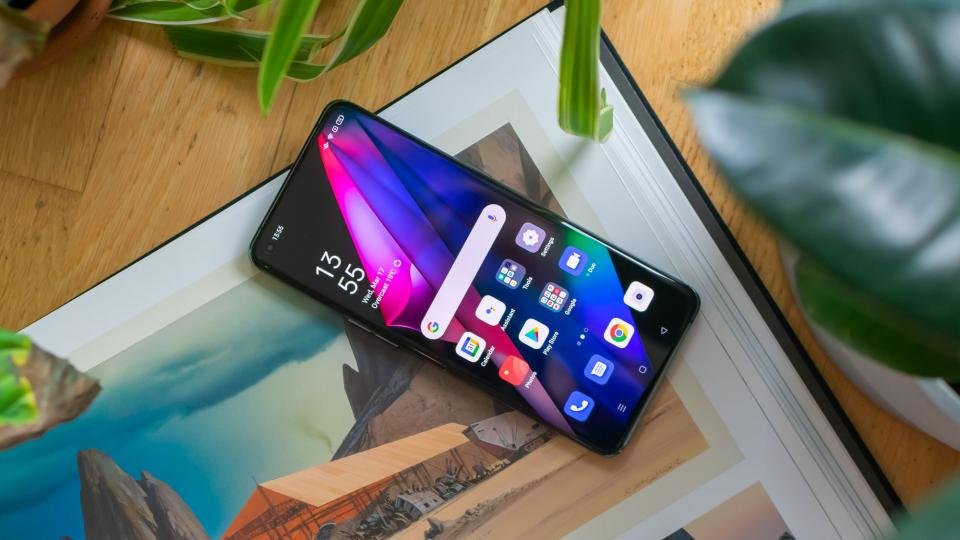 As for looks, the Oppo Find X3 Pro is definitely one of the most striking flagship handsets I’ve reviewed recently. Last year’s vegan leather cover has been removed, and in its place is a glass back with a mirrored finish and rounded sides.

Unusually, the Find X3 Pro’s iPhone-like camera cluster is encased within this rear panel, too, with soft curves around the edge of the slim camera bump. To my eyes, this looks a bit like the surface tension when a droplet hits water, and it really is quite lovely to look at. 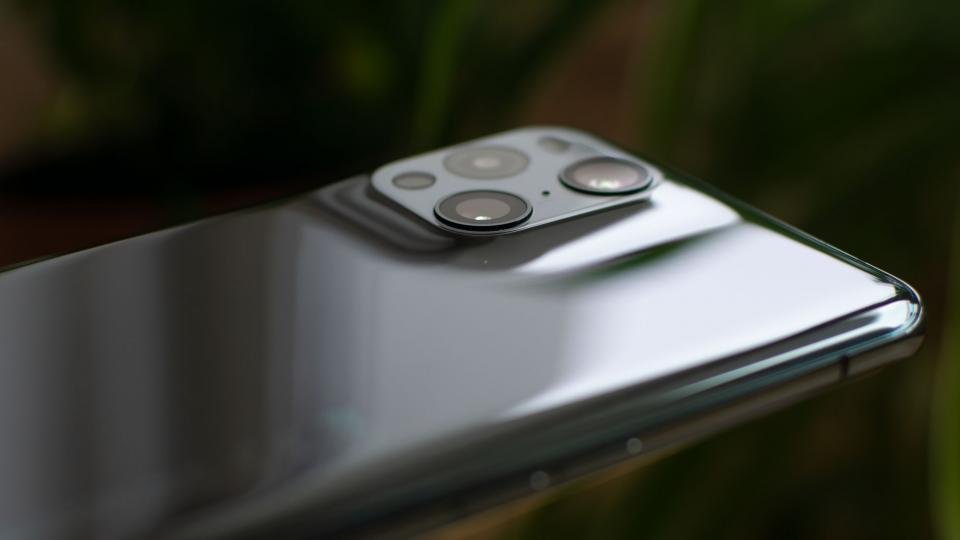 On the front, the Find X3 Pro’s screen curves slightly around the left and right edges of the handset, with a generous screen-to-body ratio of 92.7%. A single 13MP selfie camera is sensibly positioned in a small pinhole notch in the top-left corner of the screen, and there’s an under-display fingerprint scanner at the bottom, which worked well in testing.

With four different colour profiles to choose from, the Find X3 Pro’s “Gentle” mode was the most colour accurate in testing, with an average Delta E of 1.01, an sRGB gamut coverage of 94.9% and a total volume of 96.8%. Even under heavy scrutiny, the screen is practically impeccable, and it gets plenty bright when placed in direct sunlight, too, peaking at 556cd/m². 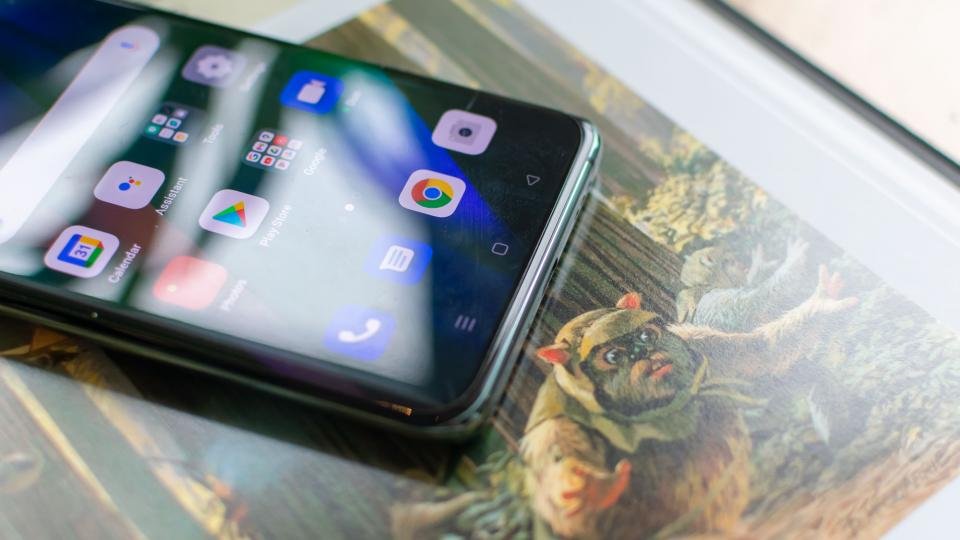 My only real complaint is that it doesn’t quite match the iPhone 12 Pro when displaying HDR content, reaching a decent – yet far from spectacular – max luminance of 883cd/m² in our in-house HDR test. The screen’s 120Hz refresh rate is sublime, though, adding an extra layer of fluidity to the already slick user interface. Of course, this also has the added bonus of gaming at high frame rates, if the app supports it.

Speaking of which, let’s move on to performance. The third phone we’ve reviewed with the brand-new Snapdragon 888 inside, the Find X3 Pro also has 12GB of RAM and 256GB of storage, which sadly can’t be expanded via microSD.

Since we’ve already reviewed two other 888-fitted phones – the Xiaomi Mi 11 and Asus ROG Phone 5 – I was expecting similar performance in the Geekbench 5 test, but that wasn’t really the case. As you can see from the graph below, the Find X3 Pro’s speeds are the weakest of the bunch, and if anything it more closely matched the processing power of the previous-gen Snapdragon 865.

Is that a problem? No, not really. In more practical terms, you won’t notice the difference (I wouldn’t believe you if you did), and I would argue that the Find X3 Pro’s speeds are still more than enough for 99% of phone users. It’s still very, very fast.

In terms of graphics processing, this is where the Find X3 Pro really starts to shine. In the GFXBench off-screen Manhattan 3.0 test, the embedded Adreno 660 GPU achieved an average frame rate of 172fps. If you download a game that supports high-refresh screens, such as Alto’s Adventure or FZ9 Timeshift, then you should easily be hitting frame rates above 100fps.

Despite oppo’s claims, the Find X3 Pro isn’t the best in the stamina department. Playing a looped video at 170cd/m² brightness and switching off all data connections, the Find X3 Pro lasted 17hrs 11mins before needing a recharge, narrowly beating both the Xiaomi Mi 11 and iPhone 12 Pro, but lagging behind the S21 Ultra by almost five hours. If you do run out of juice while you’re out and about, though, the Find X3 Pro supports 65W fast charging, going from zero to full in just 35 minutes.

Before we move on to the cameras, it’s worth taking a brief pause to talk about the Find X3 Pro’s software. As you might expect, it runs Android 11 from the get-go, but it also uses Oppo’s own software overlay, ColorOS 11.2, which mostly adds a few visual tweaks.

The interface is more customisable than stock Android, too, allowing you to adjust the layout of the home screen, add new themes, change the look of app icons and switch between Roboto and OppoSans fonts, among other things. 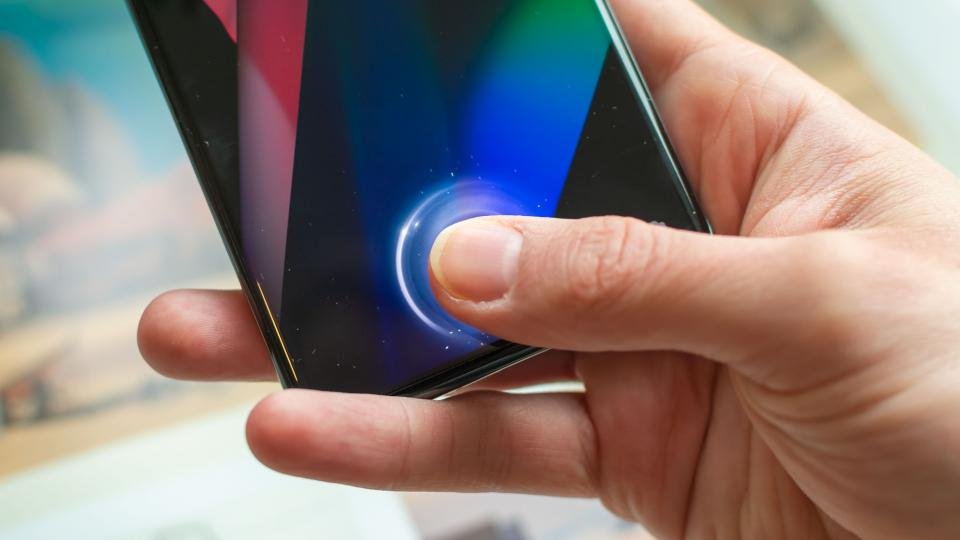 If you’re already familiar with how Android operates, then you should feel mostly at home here, despite the visual differences. As for updates, Oppo says that the Find X3 Pro is supported for at least two years, which means it should receive security updates all the way up to Android 13.

The phone is IP68 rated for dust and water ingress protection and is sandwiched between two layers of Gorilla Glass 5, for added protection against drops and scrapes. As far as flagship handsets are concerned, it’s also quite thin and light, weighing just 193g and measuring 8.26mm thin.

The Oppo Find X3 Pro uses a quad-camera array, which consists of a pair of 50MP Sony IMX766 sensors (one is the main camera and the other is a 110-degree ultra-wide), as well as a 13MP 3x optical zoom lens.

The fourth camera is a bit of an oddity. This 3MP (f/3.0) “Microlens” camera – as Oppo calls it – allows for up to 60x magnification at close distances, and is used as a semi-microscope to capture intricate images of random objects, such as the individual pixels on a TV or strands of fabric in a blanket.

It’s quite easy to use, too, if a bit fiddly at times. You simply place the phone directly on the surface of what you’re shooting, and make minor adjustments to get the image in focus. The camera also has its own ring light, which activates whenever you activate the “microscope” shooting mode in the settings menu.

As for the rest of the cameras, they’re pretty exceptional. The main 50MP (f/1.8) camera captures images with an abundance of detail, with well-judged HDR and plenty of contrast. It beats the iPhone 12 Pro in some instances, too, with more accurate shadows and a neutral colour palette in low-light conditions. The Find X3 Pro’s portrait mode is also marginally better, since the iPhone has an irritating tendency to remove details from faces, such as freckles and wrinkles.

I have no complaints with the ultra-wide and zoom cameras, either. The 50MP (f/2.4) ultra-wide captured more detail than the same image taken on the Galaxy S21 Ultra, and the telephoto sensor is quite detailed too, even at the maximum 5x zoom range.

When it comes to video, the Oppo Find X3 Pro can record at 4K resolution at 60fps with optical and electronic image stabilisation enabled. Unlike the S21 Ultra, there’s no 8K video option, although I’m willing to bet that you don’t already own an expensive 8K TV or monitor, so this feature is pretty much redundant anyway.

How’s that for a flagship then? The Oppo Find X3 Pro is yet another high-priced tour-de-force and a further example that there’s absolutely no need to stick with the mainstream to get your flagship fix. If you’re willing to take a step off the well-trodden path, you’ll be rewarded with the very best Android can muster, bar none.

Of course, it isn’t an entirely faultless handset. In my view, Oppo would have done well to undercut the starting price of the iPhone 12 Pro, at least by a tiny bit, in order to boost the appeal of the Find X3 Pro. More attention should have been paid to battery life, too, rather than simply relying on fast charging speeds.

But if you’ve got the money, and you aren’t spending long trips away from the wall socket, then the Oppo Find X3 Pro is still a mighty fine flagship indeed.